I felt like such a klutz today. Normally I think of myself as reasonably graceful on my feet for a big guy. Not today. I nearly tripped over my own feet twice, and came perilously close to dropping a full glass of ice water on a tile floor. That plus a headache and feeling cold all day gave me some disorientation. I felt that not running was the better part of discretion.

Then there was the real mental aspect. I'm all fired up after WWC to move full steam ahead on my book. One bit of advice I got was to back out a bit, then write the synopsis to make sure I know where the story is going, and the arc of each character. So I started.

Some of my new readers might not know what I do for a day job. One thing is to map processes or data migration. One of my prime rules is that if you can't make the map or diagram neat, then either the process is a mess or I don't fully understand it yet.

I've been working on The Sweet Elixir since the beginning of last November. NaNoWriMo and all. I thought I knew the story and the 5 main characters fairly well. I've got the arc of how each character evolves during the story, so far so good. I once upon a time built a map of who was best friends with who, within the group of close friends and immediate family. So far so good there too. I used Aeon Timeline to ensure I kept the ages and sequence of events straight, and that's mostly so far so good, though I messed up at first.

Then I started mapping out which character steps up to help another character in a major way when they need it most. You'd think in a group of close friends, it would all balance out. Oops. I missed a scene. And I have an extra scene. Well, really, I'm sure a ruthless editor would say several extra scenes. That's ok.

One thing that Brandon Sanderson said that made a lot of sense was about building to the climax. It's really hard for pantser like me (he called us discovery writers) to come up with really good endings. And he nailed it. I've never really been happy with my ending. Any of the 3 that I've written so far. So either my story isn't ending in the right place, or I'm goofing on the ending structure itself. Brandon had some suggestions that I'm going to try.

The one that I think will really help is to treat the chunks of story as being inside the brackets in a math operation. The opening and closing brackets have to match, and they have to be properly nested. Now, there's two ways of doing this, normal math order or Reverse Polish Notation. I see puzzled looks on some faces. Look it up, or try math on an HP calculator. I've been doing that since high school, and still have trouble using a "normal" calculator.

So I'm planning on writing out the synopsis in brackets, both ways. Which makes me wonder if I could write it like a SQL statement. Hmmm.

Hmmm, maybe that's too much like work. And speaking of work, here's the view from my new office. Splendid, I'm sure you'll agree. 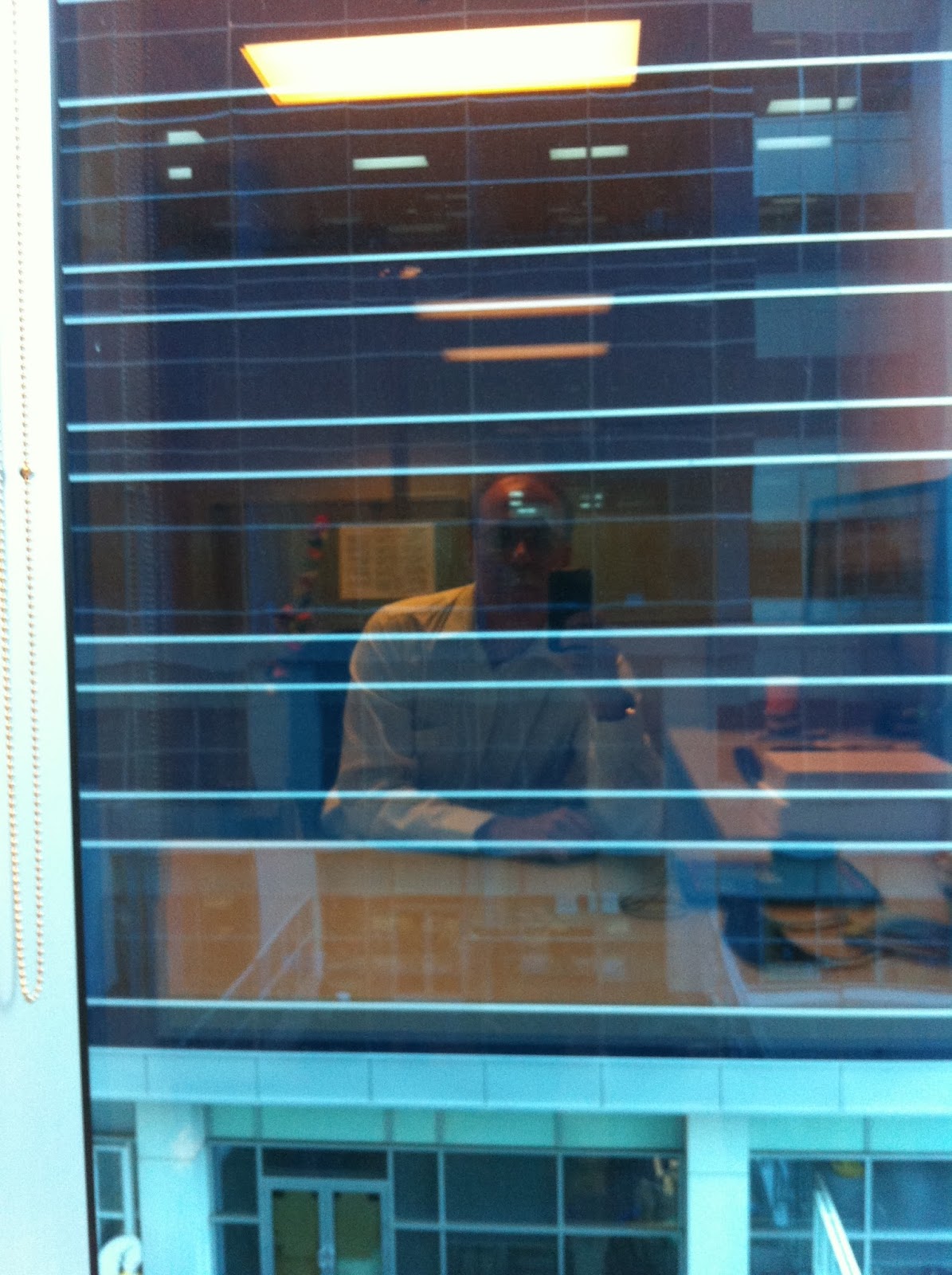