A rant, and I might have burned out the weed whacker

There was a feeble attempt at plank last night after my run. I felt so bad about it I didn't even want to mention it. Only 60 seconds, and stopped with low back and right knee pain. Considering I'd been up to 1:45 and was going for 2 minutes, I was pretty disappointed.

And none tonight, not after the mega yard work. You see, we planted new grass when we did the back yard. As suggested we watered the heck out of it, and let it grow a bit long. I might have got carried away with that.

During the lodge staining I was laying cardboard down to save me from kneeling on stone, and from getting the stone spattered with stain. That cardboard carried over onto the grass and flattened it down pretty good.

It was pretty long. Really long. Long enough that when I started working on it this evening I quickly realized it was soaking wet underneath. It hasn't rained for several days now, and we've had hot sunny weather. Wet grass, thick wet long grass, is very hard to deal with. By the end of an hour of running nearly constantly my poor weed whacker was making a funny noise and beginning to smell. I'm not fussed, I think it's on it's last legs anyway. The cord feeding mechanism is getting very fussy.

It's still pretty uneven, but better than what it was. If it dried out I could consider tackling it with the push mower, or make another more careful pass with the weed whacker. The other day my neighbor was working his hedge, and it was only after I was almost done that I realized I should have asked to borrow it.

I suppose I should have taken a before picture, but there's lots of those if you look in the background of the lodge staining shots. Here's the after. A garbage bag and a half of clippings. 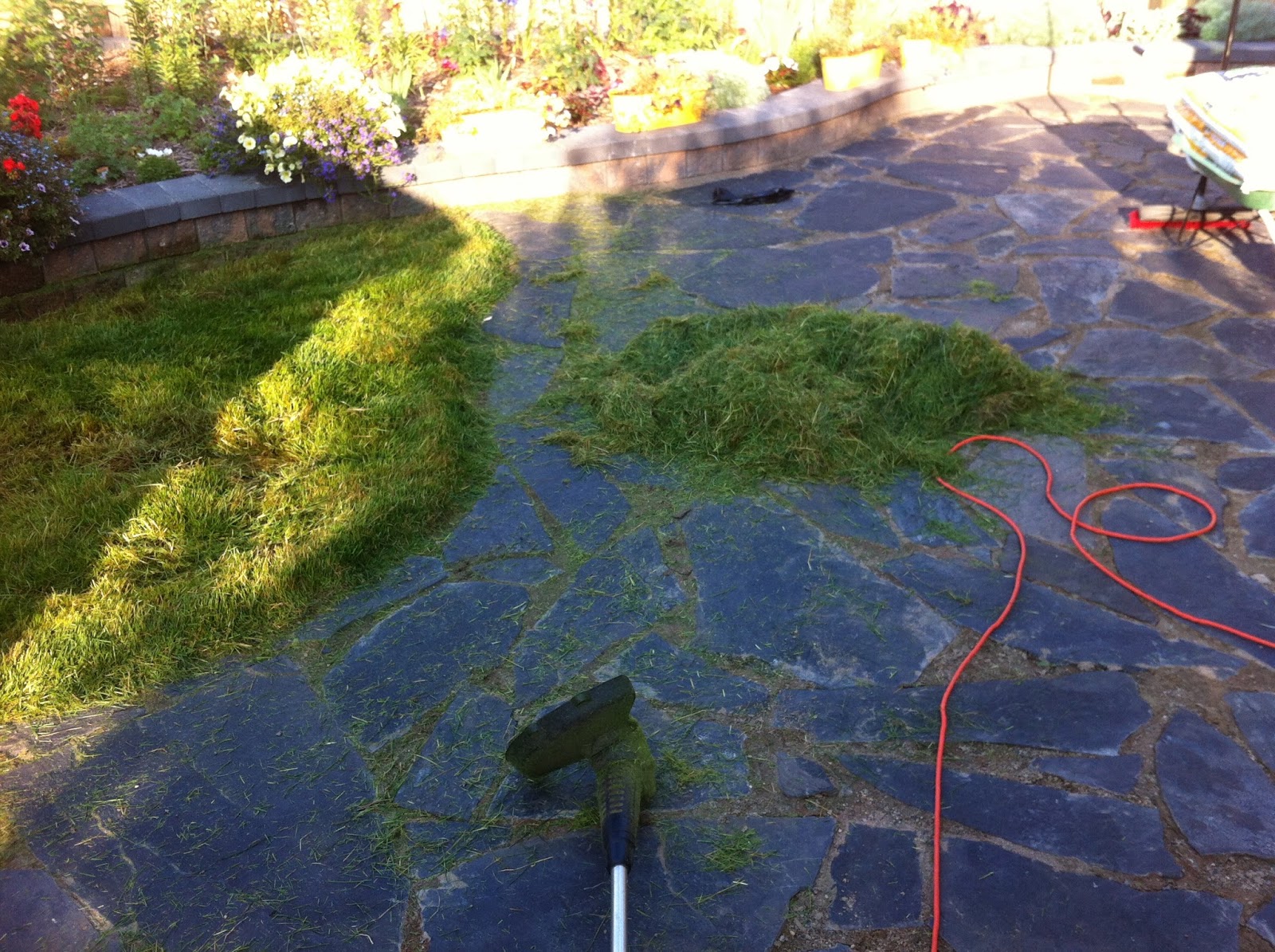 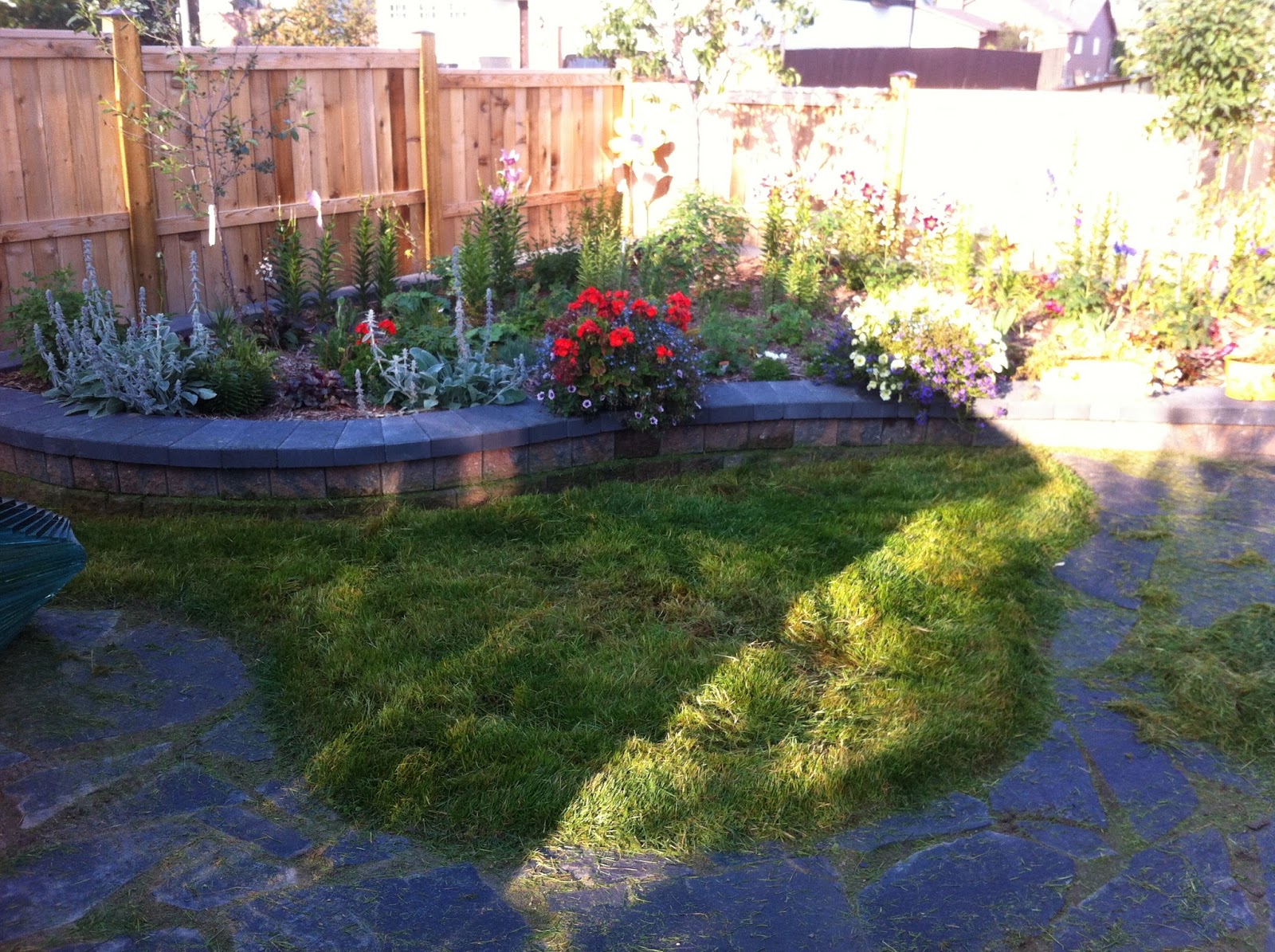 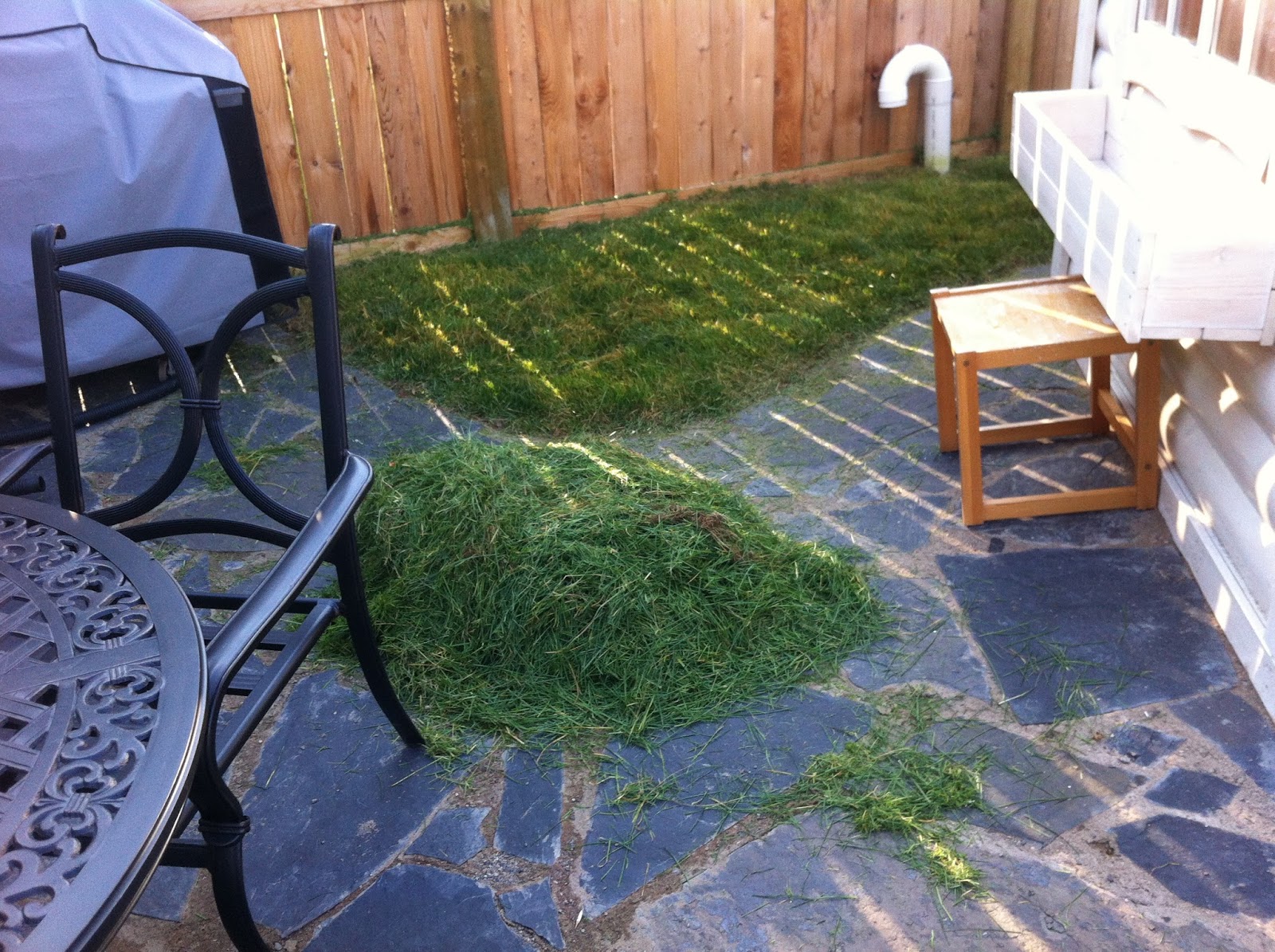 Have you seen those ice bucket videos that are polluting the internet lately? I shake my head at the videos that go viral sometimes, and this is one of them. Supposedly it's raised a lot of money for ALS, and so far so good.

But the name and shame thing troubles me. Dump a bucket of ice water on yourself, and you get to challenge others to do the same or send money to ALS. Pardon me for being blunt, but fuck you. I make my choices about charitable giving based on my values and where I see the help needed. I've given various one time donations when I've thought appropriate, and I've also participated in ongoing paycheck deductions. I don't need to be bullied into an either or choice.

I can appreciate that charities are hustling for a buck ever more aggressively as government funding is cut back. Everything is always more expensive, and there is a never ending list of charities for us to give to, each claiming to be more worthy than the last.

Don't get me wrong, many of them ARE worthy, no denying that. Some are not, given they appear to duplicate other organizations. Some are scams, and it's getting harder and harder to tell. But the needs never stop no matter how much money is given, and next year there are new charities for new conditions.

So I can understand the need for a gimmick to raise awareness and trigger the urge to give generously. Supposedly the bucket of ice water is to simulate what ALS does. I wonder if anyone has asked an ALS sufferer what they think of that idea. But do we give because it matches our values, or because it's the cause de jour? I suppose the charities don't care, as long as the cheque doesn't bounce.

One of my windmills to tilt at is the whole raising awareness thing. I think it's a fraud. It lets someone give themselves a warm and fuzzy feeling while not actually doing anything real for the cause. They're trying to persuade others to do something, and are hoping for a multiplier effect. I wonder how real that is. In the meantime, they've raised awareness, and other people start doing their thing to raise awareness, and everybody is aware, but nobody does anything.

That's why I say Bah! I think that one case of someone getting in and doing something real is worth a hundred cases of someone raising awareness. Something real can be donating money, if the group actually needs money, and most of them do. Or it could be actually doing something by volunteering your time to do something the group actually needs done. Which might not be obvious, but if you're really impelled to help out, you'll find a way to do it. I'm certainly far more impressed by someone giving their time than their money, and I'm more impressed with people giving money over those raising awareness.

At the bottom of the barrel are those that say "I"ll pray for you." Screw you too. What that means is you aren't willing to do anything, but want to feel good about it. Prayer, in the sense that most people use it, is a complete and total waste of time. It's actually insulting on so many levels. It implies that you've got an in with your god, and you can talk him into doing something for the group needing help. It implies your moral superiority in that you know what to tell god to give them. It implies that your prayer is more valuable than money or time. It implies that even if they had been smart enough to pray, that isn't good enough. You can't eat prayers, and they won't keep you warm in a Canadian winter.