Monday was a swim. Since I'm writing this Tuesday evening, I'm sure the details will come back to me sooner or later. I remember the flip turn controller wasn't working so well, and I blew a few of them. Don't do that very often.

Oh yes, did 50 m kick, without the fins. Holy crap is that ever slow. I have a straight leg, kick from the hip, clench the butt, point the toes, do all that stuff, and it still takes the better part of forever to get to the other end of the pool. I've no idea what other people do that make their kick so fast. 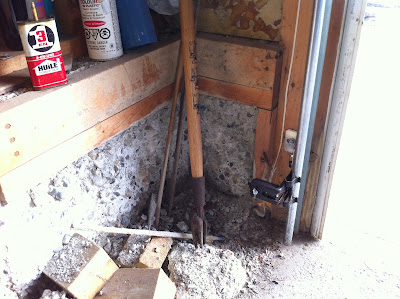 Tuesday I wasn't sure what I was going to do, run or spin. After getting home I chatted with a neighbour  and it was a cruel wind that had my ears getting cold in a few minutes. I decided to bike instead, though I hadn't been sure I wanted to go hard. So I didn't. After a 15 minute warmup with some faster spin, I settled in at 75% of FTP. Easy breathing, moderate effort, 85 rpm. For 1.25 hours. KF would have screamed with boredom, however it wasn't too bad at all. I had a couple episodes of BSG going, (Tigh gets his slut wife back, and Apollo destroys the Cylon mining base) and was focussing on spin, periodically, when I noticed it was getting harder. The only break was to stand every now and then, or to spin faster for a short time.

Even so, my mind wandered a bit. I hadn't brought down any snacks for the ride, and toward the end I was beginning to get hungry. I mean, the lunch of organic duck, corn, spuds, and carrots had been a long time ago. I was thinking of the cookies upstairs. Wondering if I could justify hopping off my bike, and zooming up to take them by surprise for a fast nibble.