I intended to move

Intentions are very well and good, but the follow through is what's important. During the walk with Sean and Cam last week, we came upon this grove of birch trees. At least I think they were birch trees. The light was lovely, and I could almost see a model posed with the trees. Except we didn't have a model.
I asked myself, what else can I do with this scene so that it isn't just another photo of trees? Movement. Intentional camera movement. 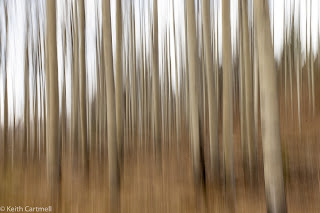 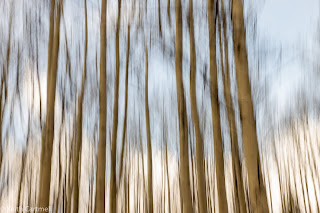 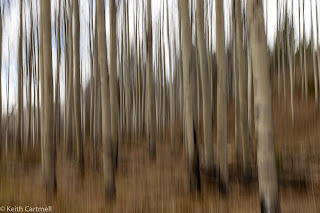 I've been out shooting a bunch of film lately. Almost one whole roll was shot during a Ukrainian walk yesterday with Michelle. There are some of her, of course. The film is at the lab and whatever shots are suitable for sharing will show up here. Stay tuned.
Retirement is much in my news lately. Mine of course, but you knew that. My first CPP deposit arrived Friday, which was sort of a weird feeling. I clearly remember looking at my first paycheque stub from the City, horrified at the deductions for pension and CPP and EI, and whatever else was there. I know for a fact that if you had offered my 25 year old self the choice of taking the cash or having the deductions taken off, I'd have taken the cash. So would you have done. Yes, you would you liars.
Oh sure, I'd have started the deductions later. Always later, since there's be an endless list of things to spend money on. Within a couple years of starting at the City we bought this house, and you all know that dramatically increases the number of things to spend money on. But the whole premise of the CPP is those first deductions have decades to work. Decades of increasing value, building on itself.
I was only with the City for 6 or 7 years, and escaped with my essentially trivial commuted pension contributions and a shattered sleep life. But those CPP contributions stayed in the system, slowly building up over the years, the decades. And now I'm reaping the fruits of those contributions, though I never really thought the day would come.
For the first part of my working life, early 80's to late 90's or so, I scraped and scrabbled to find RSP contribution money. Then I got a retention bonus from my employer, and I didn't have anything pressing to spend it on. I found a financial advisor, and put a big chunk into an RSP, while she figured out the best investments. I started making more money, so the tax returns got bigger, which in turn got put into RSP to catch up on contribution room. (more detail here.)
What with widely varying corporate earnings, and the choice of salary or dividends, my financial advisor earned her Wheaties over the years. The last bit of work was to figure out when to take CPP. After shutting the company down, and they knew the final dividend amount, they figured out the most tax efficient way to pull out the funds I wanted. There was a prosaic email that ended, apply for CPP now. I did.
One of my buddies in Ontario is retiring. She will be busier than ever on the homestead and her many projects. Our neighbour on the other side of the alley is retiring after 38 years with CBE. It's only just recently that the realization sank in that she was turning 65 and had no need to work. I was having a beer on a patio with some other buddies in their early 50's or so, and they are desperate to retire. They're done, but have to hang in there a few more years.
It's tough sledding for some, those last few years. It wasn't so bad for me, since I'd had breaks between contracts, and generally only picked work I liked. Some people skate through their last time on the job as a long farewell party. Linda's last year was brutal, with ever looming deadlines and expectations to do ever more work. Her to do list over the last month did not include much in the way of farewell lunches. One of the pool lifeguards that I chat with bitterly resents the 'golden handcuffs'. She has no real choice but to hang in there another 5 to 10 years, at a job she no longer likes. Her pension isn't big enough to live on yet, but it's too much to walk away from.
The big question about retirement is how much money will I or my family need? The biggest part of that is how long you'll need it for, and not many of us know that number. It's a terrible thing to outlive your money. It doesn't matter how often you do the math, there's the fear that you've overlooked something. Or that the world will change somehow and upset your financial assumptions. Don't get me started on corporations and their pension holidays and golden parachute bankruptcies.
Of the Day
Driftwood 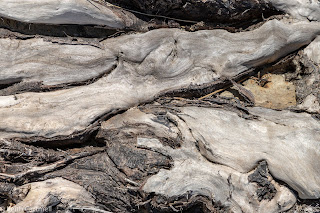 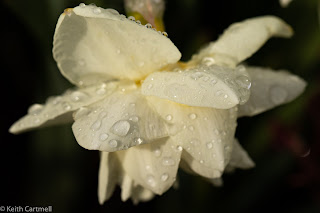 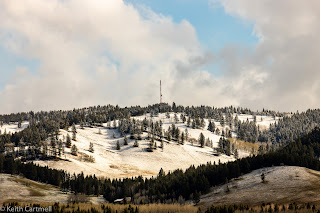 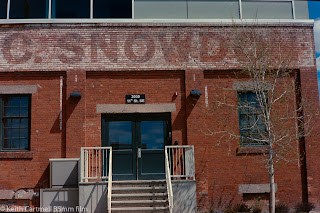