I am just a fuzzy blanket substrate

Celina has become more demanding of her humans. Most cats want what they want, and they want it now. Their furry expression leaves little doubt about the whole situation. Celina does all that, and in addition tells us, sometimes quietly, sometimes at the top of her lungs. Telling her to howl louder because the cats on Mars can't hear her does not impress her.
Is she lonely? We're still not sure what she really thinks of Curtis leaving, even after a bit more than a year and half (566 days, but whose counting?). I still miss him offering editorial comments on my photo editing and writing. I think of him almost every day. Does she miss furry company? Does she want us to get another cat, or cats? We tried that once, and it didn't go well at all. I am, however tempted by the thought of bringing home a box of orange kittens for a little while, just to see what she thinks. Anybody have some of them for loan? Yes, I know I'm going to cat hell for some large number of eternities.
One of the outcomes has been increased demands for lap time, though she doesn't want to be picked up and cuddled. Human breath or something. The lap she really wants is mine, provided the fuzzy wool moose blanket is there. She won't sit on my lap without a blanket. Nor will she sit on the fuzzy wool moose blanket when it's folded up on the footstool. Sometimes, if w're working in the back yard, she'll sit on the fuzzy red wool snowflake blanket in the back window. And yes, you know it, telling us what we're doing wrong.
Even if Celina is snoozing on a blanket in Linda's lap, warm and comfortable, being petted, as soon as I sit down, I get one slitty green eye watching me. Nothing happens till I put the fuzzy blanket on my lap. Then, and only then, she hops over and settles in. It's clear what I'm good for, in her mind. That and opposable thumbs for dealing out cat food. I know my place.
Because we've been talking about her, a photo in the main section of the blog. 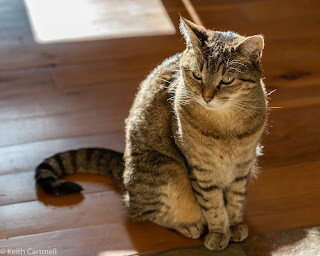 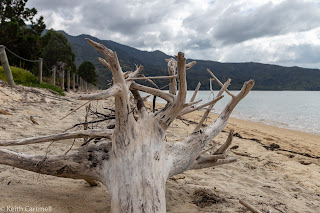 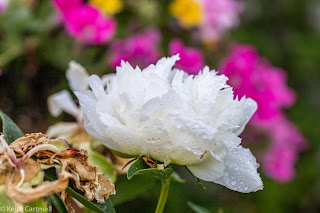 Lily. This is the last lily in the of the day feature till more bloom this year. I hope you enjoyed them. As a bonus you get a serendipity alligator. 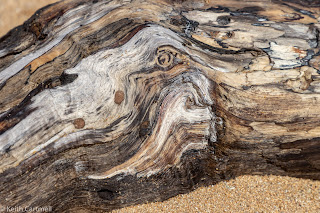 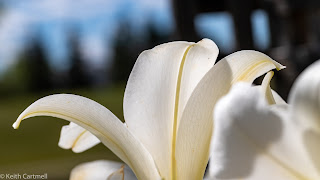 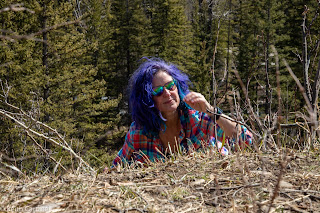 Film. I was driving back from something, taking an industrially scenic route, and discovered this building, and one more in the next blog. 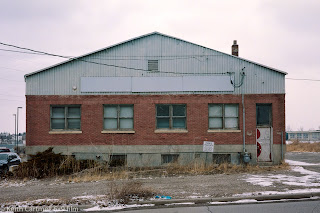