The bee's knees and Greenway

We are a little concerned about the bees this year. Last year we had lots of bees from each of several different kinds. This year we haven't seen so many. It was a long tough winter so we don't know if the hives survived or not, or they're finding food elsewhere, or what. We like having them around, and miss them.

This year I've only seen a couple. I managed to get some shots of this orange tailed one, and it's really the one. Normally we'd see lots, I've only seen the one. It must be a lonely bee if all it's buddies are sick or dead. The one of the bee flying is slightly out of focus, but that's a tough shot. 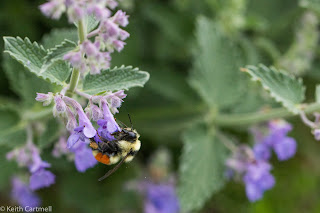 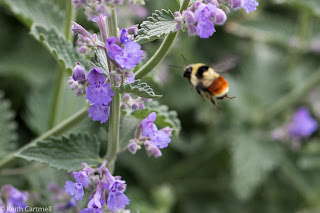 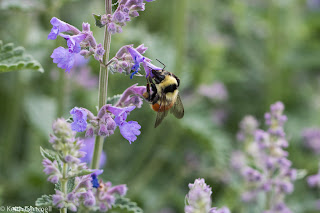 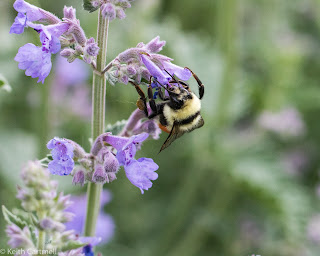 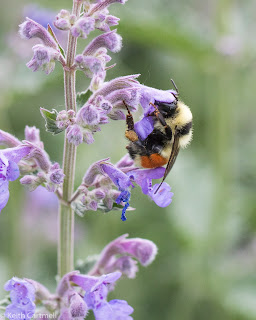 Today BRBE and I chanced to run way up in the far mystical lands of Tuscany. She gassed up the car, we both packed food and water for the trip. Part of the run was on the Mattamy Greenway thingie and that was lovely. They've got quite a nice ravine there. Some of it was on sidewalks and that was, well, sidewalks. Some of it was a trail run in the utility corridor. Much of it offered a nice view of the mountains, and we touched the bison! We were thinking about going north on the Greenway a bit, but didn't find it. The maps are kind of sucky.

We are considering making it a project to ride our bikes on the whole thing this year. Not in one go, of course, but over several weekends. We first thought of running it, but the logistics are pretty formidable. It runs right past my place a very short run away, but then everything else is further away. Lots further. Parking near the path at the far end of the city could mean an hour's drive each way, over many weeks if we're doing 5-7 K out and back each time. Trying to take two cars so we can do the path in 10-15 K chunks is almost worse. Still, if it's all as pretty as this (and it's not) it would be worth doing. Anyone wants in, let me know. 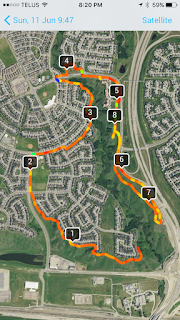