Some of you already know I was the official photographer at the Wild Rose triathlon yesterday. You can read a little about it, and the 1831 photos here. Which itself links to some pages on this very blog for the photos, scroll down a little underneath the 'What I'm Reading' section to find them if interested. Best you do this on a desktop or laptop, not a phone, and on a wifi network, not your cell plan.

This was my first gig as an event photographer, and I was a bit nervous. I thought really carefully about what to bring. I didn't want to bring my pack with all the lenses, so I narrowed it down to one lens, both batteries, and all the memory chips. 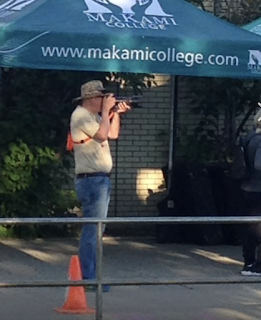 The big learning how fast you can burn through a battery. It took about 2.5 hours and 1000 photos. Towards the end of the day I was getting worried how long the second battery would last, and was wishing I'd brought the battery charger and found a place to plug it in. And, of course, remembering it at the end of the day. Or buying a third battery if I'm going to do this more often. Hmmm.

The second learning was to plan my movements a little better. I hadn't fully thought out the consequences of the shorter race going first, with the slowest swimmers starting first.

I totally blew only about 4 dozen shots, which pleases me enormously. Races can be a tough gig because they start so early, and often have brilliant sunshine from just above the horizon. This leads to some harsh shade on faces, and tricky exposure shooting into shadow. Plus those darn people! They keep moving around, and a great shot only lasts a fraction of a second. Eyes closing and a slight change in head position can turn a shot from fab to drab.

There are a few shots I posted that I was iffy about, but my experience shooting some other athletes was that I couldn't predict which shot they might like. There are about a dozen shots I think are really good and a bunch more that I'd be pleased to show to that person and think they're likely to be pleased by.

I love the different expressions on racer's faces. Some of the looks are not what you'd call flattering, and you might not say it was a good photo of them, but you get a sense of their personality and what they're thinking. I think that makes for a better portrait than a bland face covered in makeup or digitally retouched. A couple of the shots are so good I might put them onto my people gallery.

Overall I had a blast and would love to do it again. I was mostly lurking (as much as a guy my size can lurk) for candid shots, next time I think I'd be a bit more open about asking people to pose with their buddies. I did a few of those on request and they turned out well.

When I was talking about the Alberta rose the other day I was looking for this image, and couldn't find it. So you get it now, and have to mentally connect it with the other post. Sorry about that. Not. 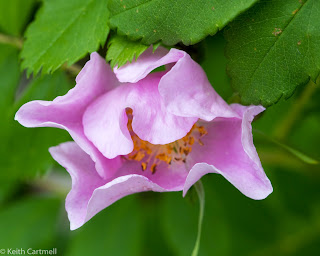