We touched the bridge

Really pleased at no hip crankiness. Got a nice meaty slow thunk in my back while doing some core.

Wed, run. Again, yes, I know! I'm so pleased. Michelle tried to talk me into running from work. Just as well I didn't have my gear with me. After work we ran from my place down into Fish Creek, touched the first bridge, and ran back. Nice and easy, chatchatchat. She ran on to her house and picked up her stuff later. The sunset on the way back was stunning! If we'd been a few minutes later I'd have had to stop for some photos. This is after the main show as I was getting home. 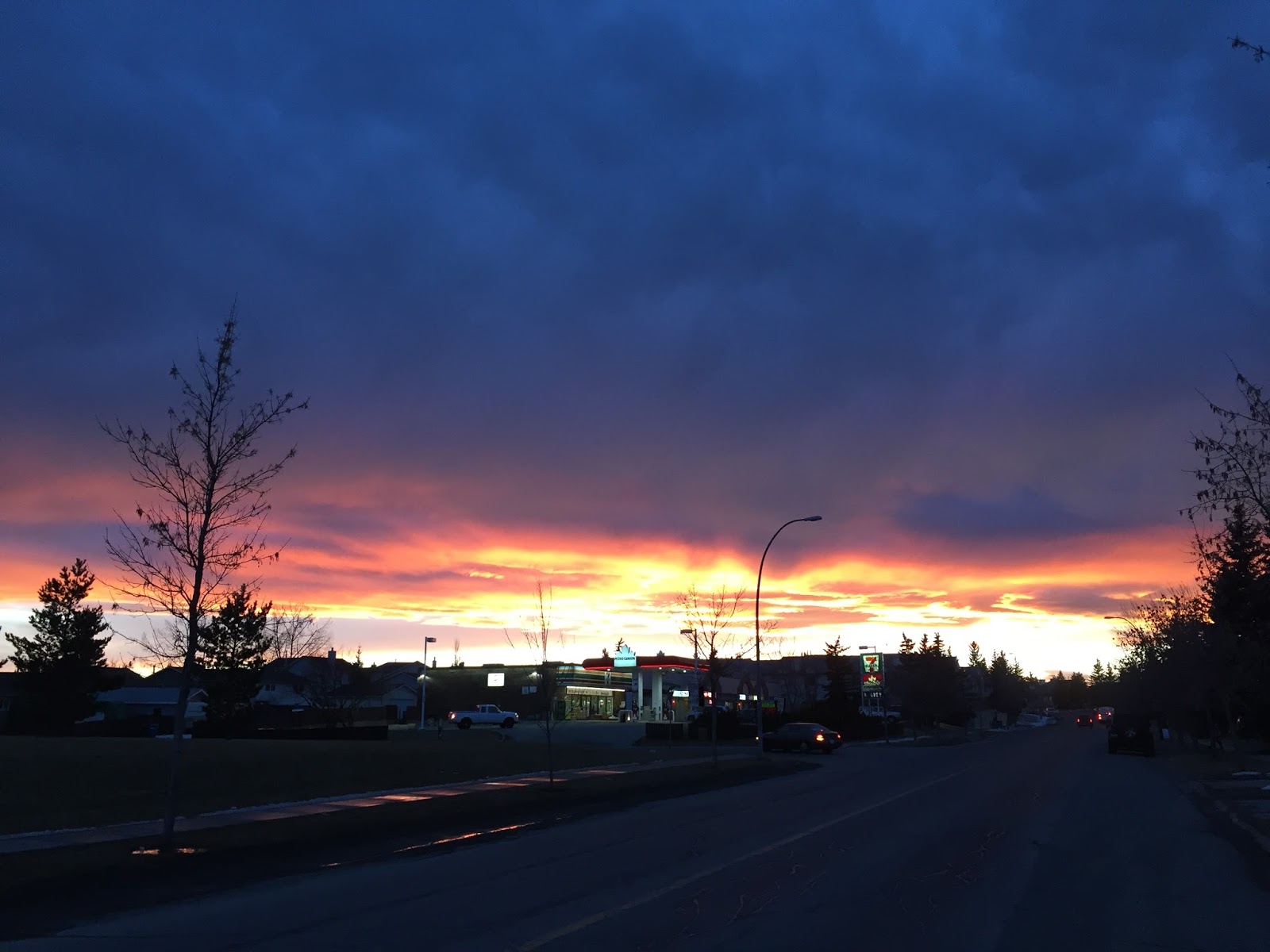 Our pace was a bit slower than usual, but that's ok. It was so nice to be out running again. No niggles, no breathing hard except maybe a little up the hill out of Fish Creek. That's the first time down there since about October.

Still no runner's high, but I thoroughly enjoyed it. I was musing that at my age it's nice to be able to go for a run. Lately I've read in the news of people my age or younger dying, and that's a sad thing. I'm sure eventually I'll be decrepit, but I want to put that off. I'm positive that if I hadn't started getting active a decade ago, I might or might not be having muscle aches and pains, but I'd almost certainly have diabetes or some form of heart disease. I think I made a good choice there. Here's the splits. 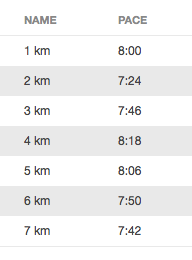 There was a moment on Twitter this morning for me. I've been shoveling through a mound of crap data that has to be sifted very carefully. Just at the end of the day I realized I might have goofed on something, and need to check. Fortunately there was a fire alarm so I didn't have to. It will still be there tomorrow, but I can get a cup of heavy duty coffee to fuel me up. Not hard, just tricky, like so much else I deal with.

Anyway, to save you squinting at the photo, it says "We all want to be data driven, But you know, sometimes the data has had more than a few drinks and really shouldn't be driving." My coworkers love it. 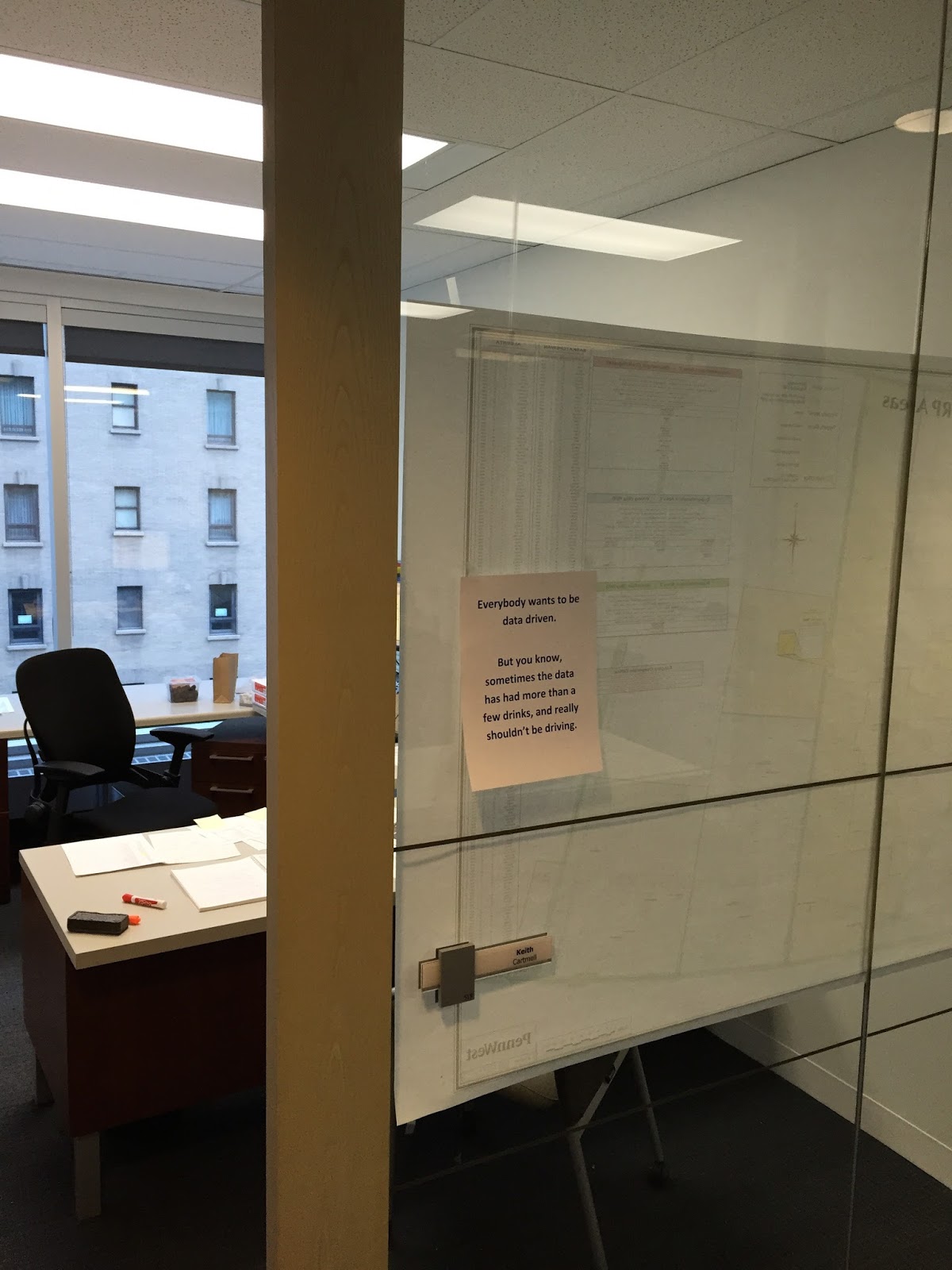