Friday I was in the pool again, thinking about my stroke. I had been strangely reluctant to go, but I'm not sure why. In the end, as always, I'm glad I did. The pool was pretty crowded. My choice was to join Katie and two other people swimming as fast or faster, or join a lane with two people in it, one swimming about my speed and a floatie. I joined them. The floatie was considerate, or so I choose to think. He spent a lot of time resting at the ends of the pool.

This stroke thing is interesting. As soon as I stop thinking about it my right arm goes back to the old swing return. When I do think about it my stroke is much better. I tried some of the suggested drills, and that went pretty well. Band is a killer.

The hard one to change will be my breathing. I hold my breath and then blow it out all at once just before turning my head. You're supposed to slowly let it out throughout the stroke. Hmmm.

One of my buddies is fascinated with pens and papers and related things. She likes paper calendars, and notebooks. I'd known there was an app called Paper by 53 that gets rave reviews. It was one of the things that I thought I'd download and try one day.

Well, it and the all the drawing tools are free just now, so why not? I've inflicted you with photos, now some "art" sketched while figuring out what the tools do. I used to draw a lot a long time ago. Seems like a fun app so far. And yes, I know the perspective of the front left corner is off. I'd like to say I meant to do that. 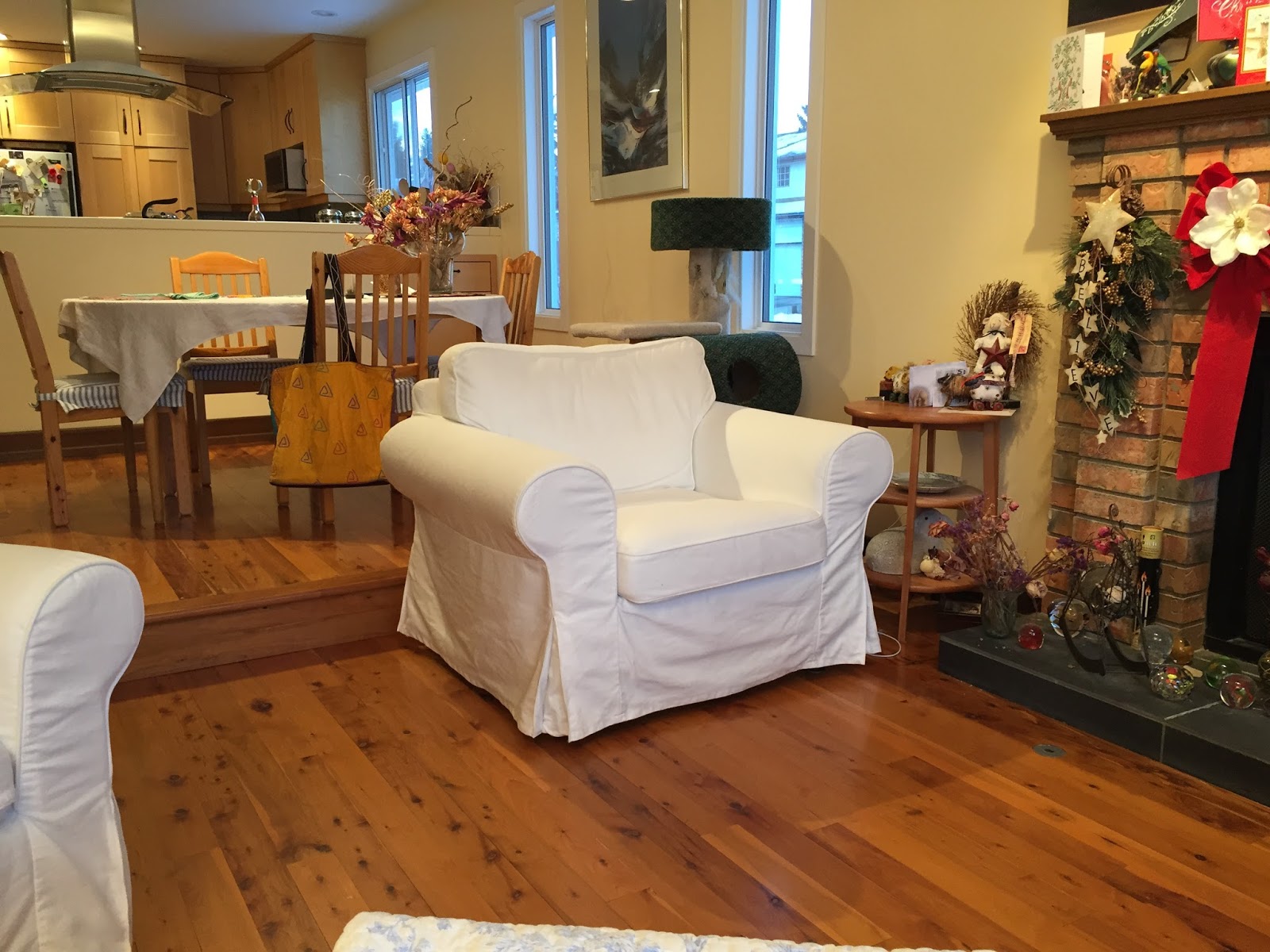 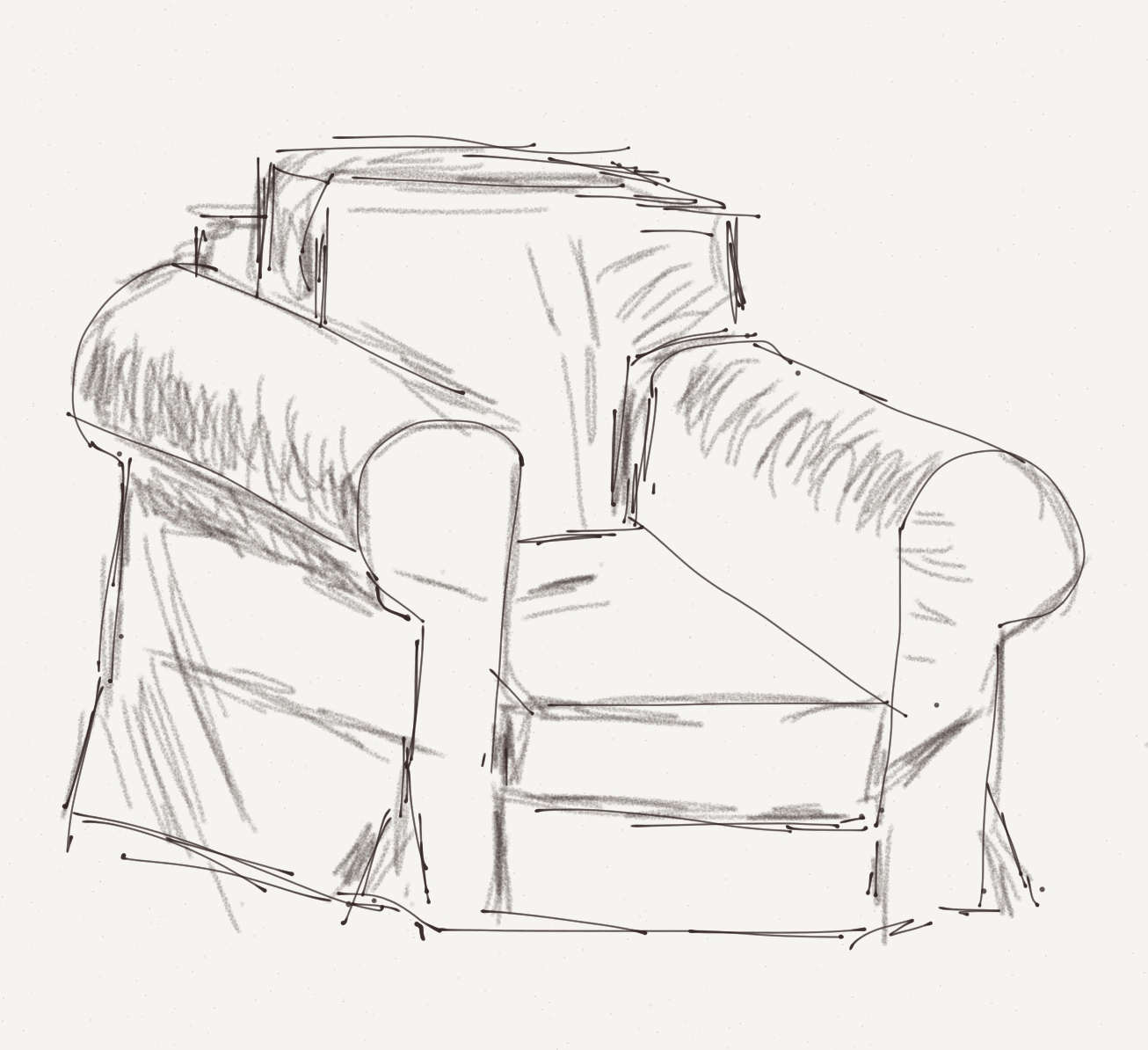 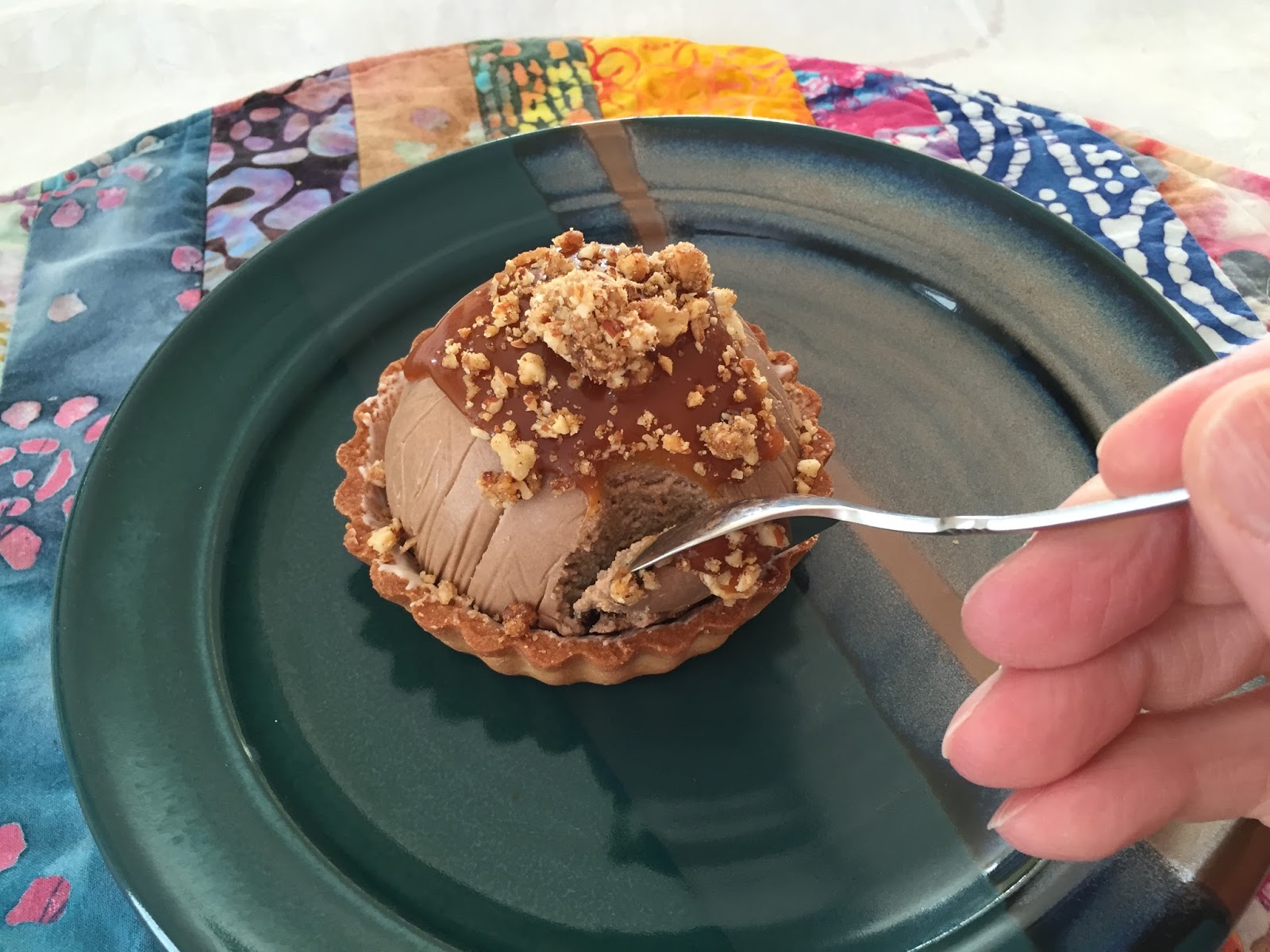 Here's the current wine situation. The first carboy is a Brunello, the second is a Reisling, and the primary is a Nebbiolo. 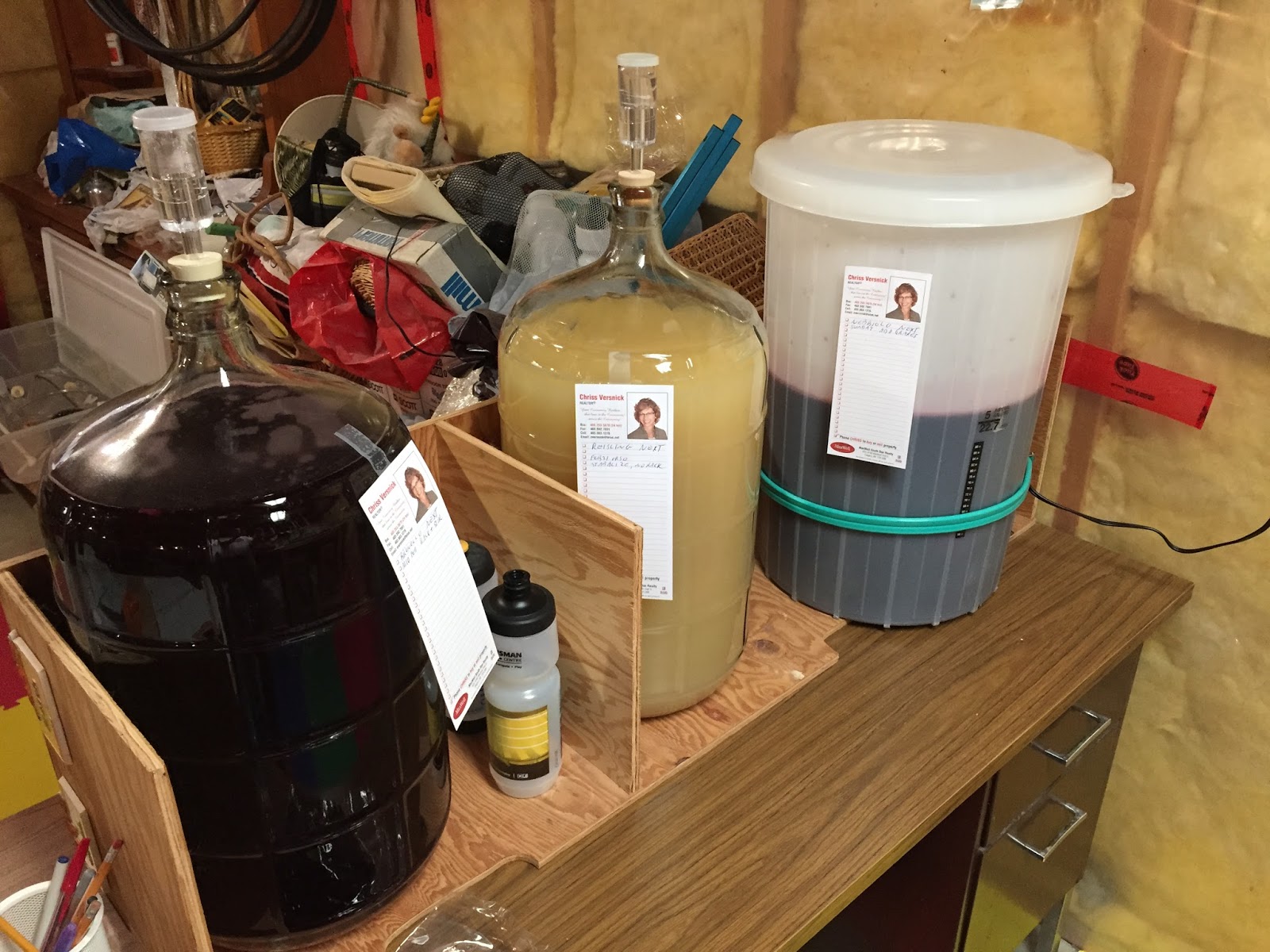 I was noticing that the price of oil, the TSX, and the share price for Penn West were all up on Friday. This is good, but there's a long way to go. Meanwhile cynical and opportunistic politicians are taking advantage, trying to cut spending on things they don't like. In Alberta that's a cancer hospital and public servants, among other things.

I've blogged about the hospital. Now to public servants. Disclosure, I was one once, and Linda works for the City. One of the sure fire ways for both of us to be seeing red is to hear the words "gold plated pension". The idea is that all government workers retire with a lavish pension that allows them to live an opulent lifestyle, jetting off to warm places on a whim in January. I only wish it were so.

Linda has worked for the City 33 years and a bit. Technically, she could retire now, what with the 85 factor and all. Let us just say her pension is not lavish and leave it at that. We would be struggling if that was our only source of income in retirement. Even if I had somehow survived 30 years of shiftwork, my pension wouldn't be much bigger.

During the brief time when the Alberta government floated a bill that would rape the pensions of government workers, I was astonished to discover how small the pensions were for most of the people involved. The overall pool of money might be huge, and thus a tempting target for incompetent governments or rapacious corporations, but amounts doled out to retirees is not large. The average pension paid out by the Local Authorities Pension Plan is just under $15,000 a year. Is that something you would like to live on?

And remember, this is not some anonymous "them" that is affected. These people are your neighbours. They teach your kids. They work in hospitals to take care of you when you're sick. They drive ambulances, firetrucks and cop cars. They pick up the garbage and run your waste water treatment plants. They make sure you have clean drinking water and maintain the streets you drive on. They provide a myriad of expertise around inspections and certifications that are one of the main reasons we life in the safest human society yet invented.

Go talk to any of these people and ask what they get paid. For many of them that information is publicly available. Let's take a heavy duty mechanic for example. They get paid around $40 an hour, plus or minus a bit depending on years of experience and certifications. That comes out to maybe $75K per year, in a city where an average house costs about $450K. Don't forget to take taxes and other deductions off that, and remember their pension is going to be a fraction of that. Still think they're getting rich?

Now take a look at the pension plan for elected officials. The reason they talk about gold plated pensions while pointing to union people is to distract you from their own snouts deep in the trough. Your trough. You and I are the ones filling it.

A general thought on pensions has to do with demographics. The whole idea wasn't well thought out, and things have changed a lot since they started. But the essence of fairness is that you can't go back on a deal once people have retired on the information they were told. If pensions need to be restructured, it has to happen on a go forward basis.

There are a number of cases where corporations have essentially robbed the pension plan because they didn't contribute their share when the plan was in surplus. Or they just took the surplus. Then when they get behind they go crying about gold plated pensions, and the burdens limiting their ability to compete, and waa waa waa. Some companies intentionally declare bankruptcy to escape their pension obligations, and that's just wrong. Pensioners should be the first in line, not the last, when picking over the remains of a company. Why? Because they're people, and people should come before corporations.

Having Prentice and sycophants taking a measly 5% pay cut doesn't mean anything. They think it will give them leverage to ask for similar cuts elsewhere. The difference is they can give themselves a raise just as easily and quickly whenever convenient. They won't even notice that cut. Prentice is rich enough he can fly to Vegas, and participate in a car auction to buy his dream car (56 Ford T bird) for $71,000 (Canadian). How many of you can afford to pay $71K for a car? How about that heavy duty mechanic I mentioned earlier? How much a dent would a 5% pay cut put in your budget?

The union workers use collective bargaining to come to a deal because otherwise it's divide and conquer. Both sides go into the deal hoping to do the best they can. Unions want to deal when times are good, as they're more likely to get a raise or increased benefits. No union wants to be bargaining now, but those are the breaks sometimes. Frankly, the company holds most of the cards in these negotiations, good times or bad.

None the less, a deal was struck, agreed to by both parties. This recession isn't so bad that we should be going back to rescind a legal agreement. Especially since the nurses and teachers have already been whacked in the recent past. The next deal might be a different game entirely, though, and fair enough. If times are still bad the employer might be able to force the workers into taking some concessions.

Part of the problem here is that the oil and gas industry drives up wage prices for everybody. The big O&G companies can pay well in good times, and do so to get the expertise they need. Then, as we've seen recently, they lay them off again if they must. Part of the balance is that some of those jobs are out in the boonies, working long hours doing difficult and sometimes dangerous work.

Contrast that to the public employees. They don't make so much money, don't run as much of a risk of layoffs, and generally live in the same town or city they work. Some people prefer big cities, and some small towns. All those places need the workers I mentioned earlier.

Some workers go from one to the other as the circumstances of their life change. I've worked both sides, and there are lots of people that think the grass is greener on the other side of the fence. I know I've received far larger wage increases as a contractor, and have received a far larger wage. However, I also was out of work for a year during the last economic downturn. You spin the wheel and take your chances.