Note to self, and to other guys

First of all, what about that sunset the other night! This is unretouched. You can hardly see the moon, but to my eyes it was huge. 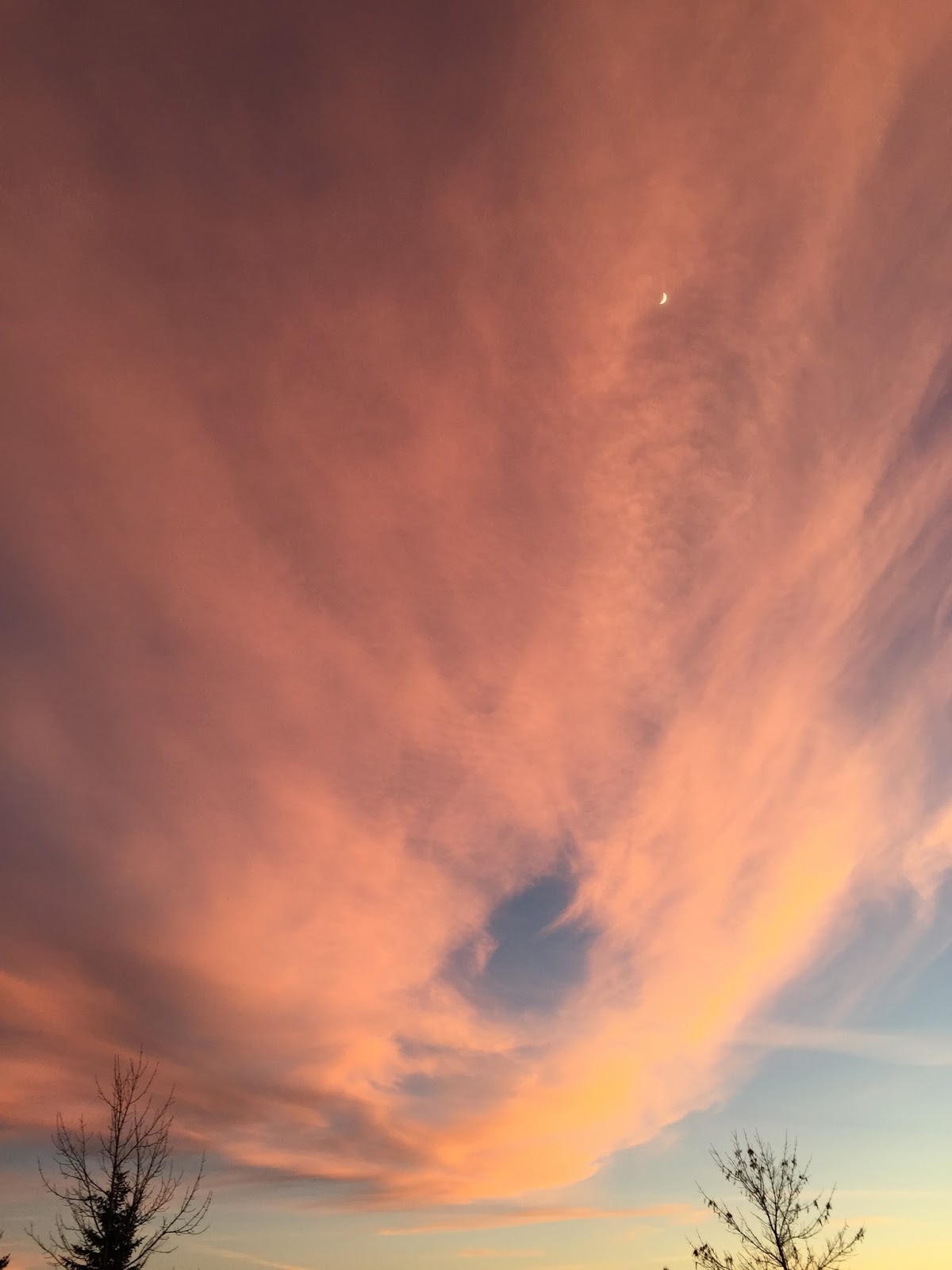 Monday, swimming in the big pool! This is the first time swimming long course since I tweaked my stroke. I had no idea how that would turn out. I'm often about a minute slower per 1000 m in the 50 m pool. I didn't want to go all out or anything, just wanted to see where I was.

I was feeling a little clunky at first, but settled in, working on various parts of my stroke. It took about 700 m to feel warmed up. I ended up swimming the K in 19 minutes almost exactly, nice and relaxed. In the short course pool I'm 18:30 nice and relaxed for that distance. Make of it what you will.

Tuesday I was feeling a bit of hip niggles throughout the day, but I still headed out for a short run. 3K 22 minutes. Started feeling clunky and out of breath. The clunk went away, mostly, but a 7:15 pace should be chatchatchat, and it wasn't. I wasn't gasping, but I was breathing harder than I should. Good walk and stretch after.

The note to self comes in while getting ready. I was putting on a pair of tights, ones I hadn't worn since last fall at least, and maybe even last spring some time. 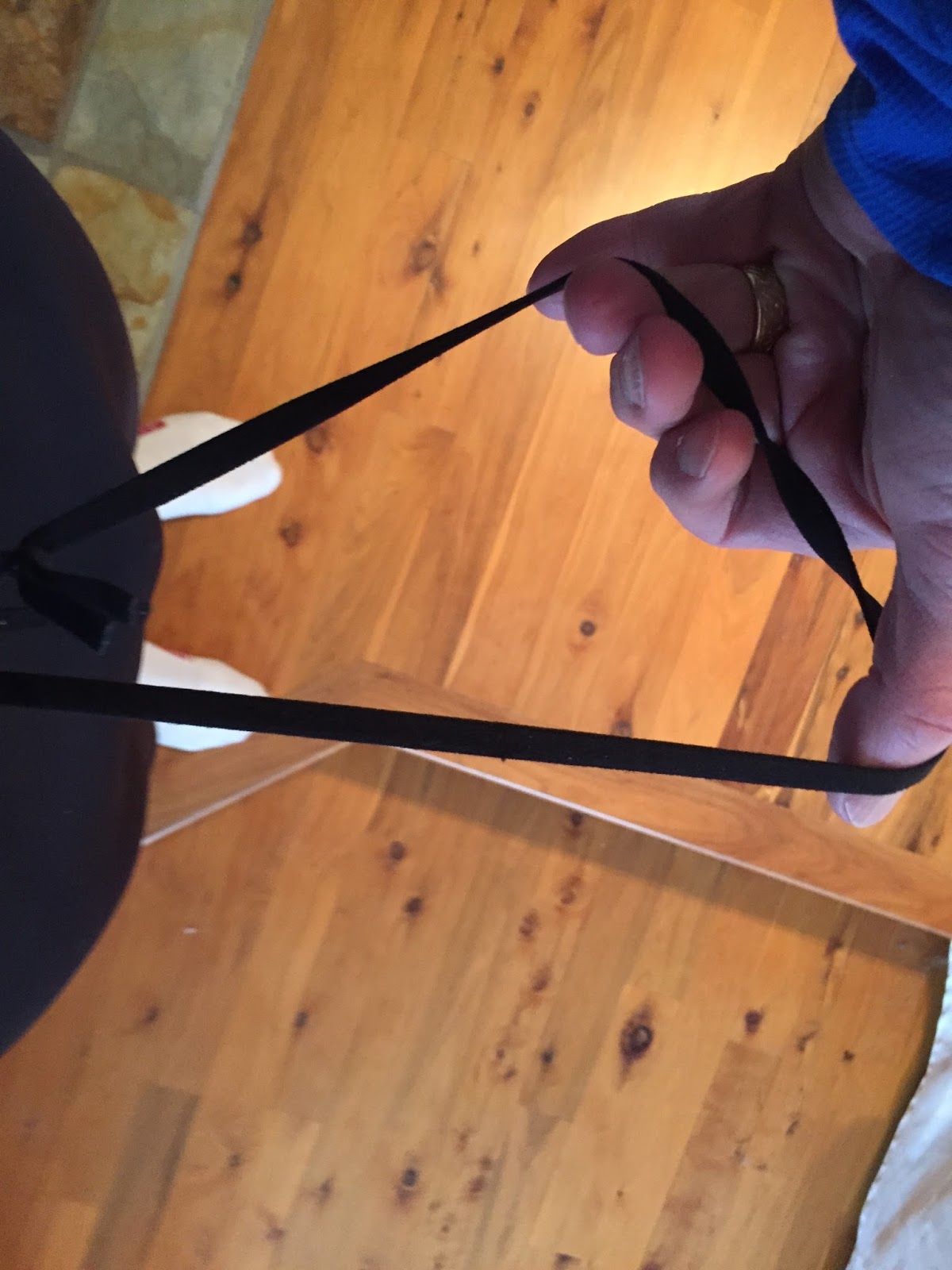 These are the only tights I own where the cord is actually a loop. They came that way. At first I thought it was a great idea. I've had to go digging into the waistband to retrieve a cord that disappeared. Tonight I revised that opinion. The tights are a bit small, and I was yanking up firmly. I failed to consider exactly where the loop was during the firm yanking process. Let's just say I'm glad some nerve circuits are still working and leave it at that, shall we?

A couple more photos for you, just because. Anybody want to guess what this is? 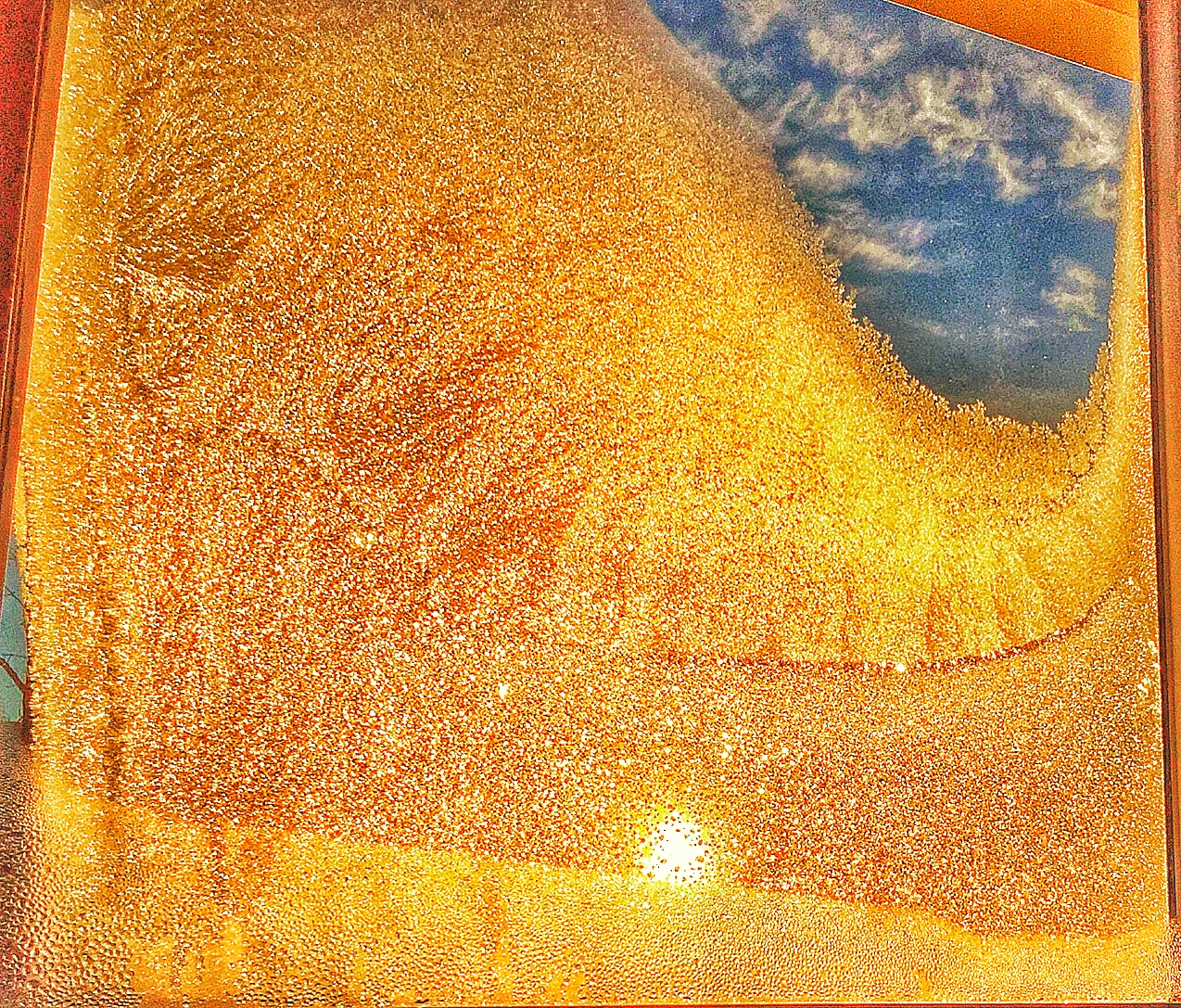 I took this on a whim, to show a buddy what sunglasses that fit over prescription lenses look like. She was very complimentary. A buddy at work said I had to put it on my blog. The things I do for my readers. 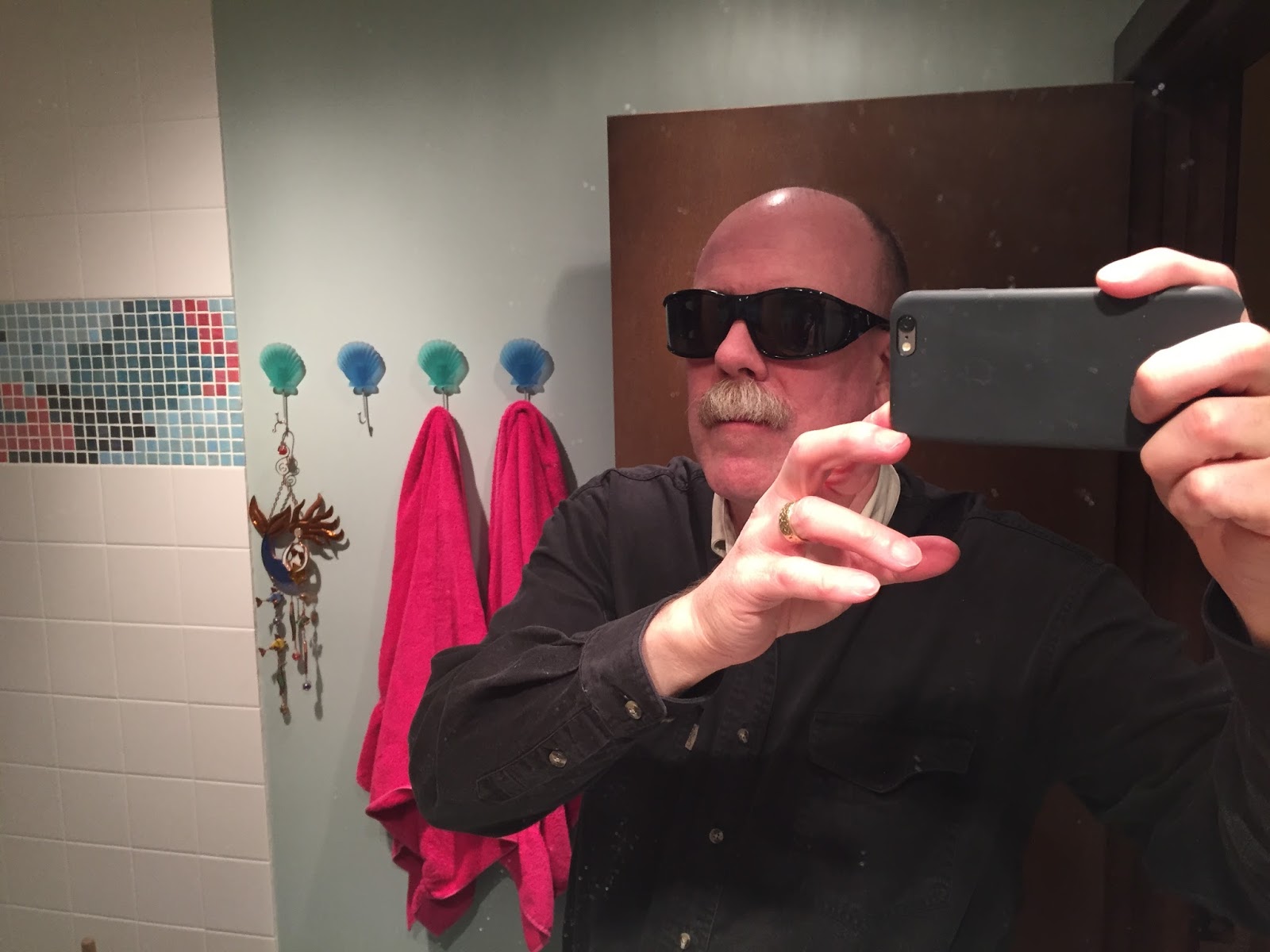 Re-wrote the first chapter of Bone, based on a chunk I had set aside. It doesn't have quite the same creepy atmosphere of the current opening, but it introduces the main character right off, and sets the stage for her better than the current opening.