There is a guy in my neighborhood that has a yellow recumbent bike. I've seen it any number of times, and one day after a run I got a chance to talk to him. There is a full fairing, and though it wasn't on the bike that day, there is a windscreen that quickly fits on. It's a cheerful yellow, and goes pretty fast, since the wind resistance is almost nothing.

He loves it, and started riding it because his back wouldn't let him be comfortable on a normal road bike. The dirty little secret to these is that most people think they are expensive, but that's only if you haven't looked at top end road and Tri bikes. There is usually a bit of space for cargo as well, though you won't want to go shopping at Costco or anything.

Best of all, there is a Canadian manufacturer, in Ontario. You can look them up here, and see all sorts of their recumbent bikes. I'd love to check these out and take one for a spin. It would be a cool way to commute to work, though I wonder what the parking fees would be. I wonder if a guy my height can fit in one; there are lots of cars I can't get comfortable in.

Recumbent can also apply to being seated in a lean back chair. Comfortable. This is a nice thing to do, and yesterday I spent a bit of time doing that. Not much, it's been a surprisingly busy weekend.

This morning I was up nearly for a hard 60 minute spin session, followed by a bit of stretching and core. Yes, pigeon, and some pushups. Not many.

Then the real workout, going to Costco. I remain astonished how cheap TV's are. It looks like I can get a 52 inch in the space we have. For a few minutes I was thinking of buying one, just to get the suspense over. But I didn't. That part of the store, and every other part was afflicted by geezers. These guys just don't care. They abandon their cart anywhere and go for a walk in some erratic direction to look at something, at random times. The Calgary Farmer's market was a bit better. I love going there. It has such a buzz and energy. I watched one young couple get hooked into the knife place. They were staring at the display open mouthed and panting a little. Granted, they have gorgeous knives, but this seemed a bit over the top. However, they were at the right place; if you want good kitchen knives, this is the best place in Canada to shop. Of course I bought something at Yum. 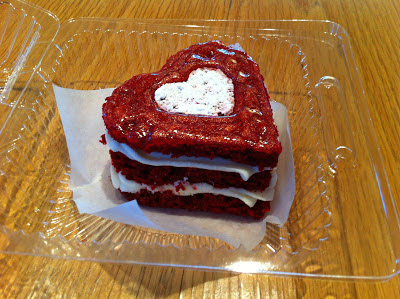 Cobs bread had two of them (geezers, not knife shops), trying to decide what they wanted, and both of them were trying to pay with nickels and dimes, rummaging through their purses for a few more when it wasn't enough. Me and the guy behind me were almost ready to pay for them, just to move them along. Then they hauled out the plastic. One had a mitt full of 20's in there. Coop was geezer city, but other than one guy determined to be in my way, it was ok. I managed to beat him to the till.

Then other shopping. It was so nice out I had to go for a run after getting home. I started out easy, intending to run an easy pace, but my legs were having none of it. Within a K I was down to about a 6 minute K, then settled into about a 6:20 pace for most of the run. That was pushing my lungs a bit, but my legs were happy with that. The last K was slowing down for a bit of a cool down. Short walk before the run, and a longish walk after. 6 K, 39 minutes altogether. Very pleased!

More stretching after, and some firm rolling on my quads, IT, and hams. This really must become a habit.