Bailed from work early today to make sure I got to my acupuncture appointment on time. It's very near Stampede Park, and the parade was today. I was expecting heavier traffic, but arrived half hour early. So we got started and she worked on me for that extra half hour. Mostly my legs. mmmmmmm!

Picture this. Acupuncture takes place in a dim room, with soothing music playing. It's the perfect temperature of relaxing warm. Then, in the space of a few steps go outside into baking hot glaring sunlight, with bad shit-kicker country music in the background. It reminded me, just a little, of the few times I've started drinking at lunchtime during Stampede. You can't go back to the office afterward. There you are in some bar, or tent, getting blotto, and eventually you decide to call it a day. Outside, and you discover that it's still baking hot, and the major sunshine glare is on. It hurts. I know from experience. Everybody gets the same peculiar blinking expression because your brain thinks all that booze and it should be dark out. This wasn't that bad, but same idea.

It's not all bad, however, especially if you're a straight guy or a lesbian, because there is no better time to be alive than during Stampede. Trust me. I've seen wider belts than those scraps of tattered denim that I'm pleased some girls are calling a skirt. For some girls, delightfully enough, "Western wear" translates to "Effing Skimpy." No complaints here. You'll have to ask some of the blogger girls from Calgary about their eye candy, I don't have an opinion.

The parking near the grounds is $20, and you have to come back to get your car before 8am the next morning or they'll ding you for another day. They call it the Greatest Outdoor Show on Earth and they're probably right. Calgary collectively flips it's lid during the next 10 days. Nothing gets done in the office. Bar, yes. People go in, do the bare minimum of work and escape as soon as they can. There is a ton of stuff going on in every part of the city, at almost every hour of the day and night. For those of that age, if you can't get laid during Stampede you either have some indescribably loathsome disease, aren't trying, or are cursed with good taste. No need for a hotel room, behind, or in the porta-potties will do just fine. I'm not kidding.

Now the important part of this blog. Nutella!! The last jar had some recipies! How wonderful! I had to take pictures; I hope you can read the print. 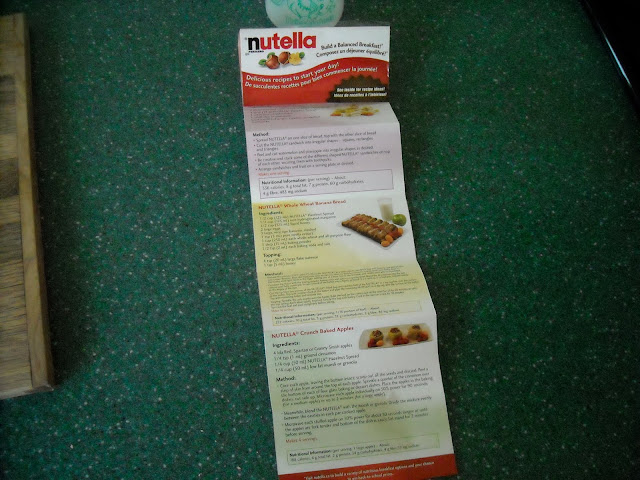 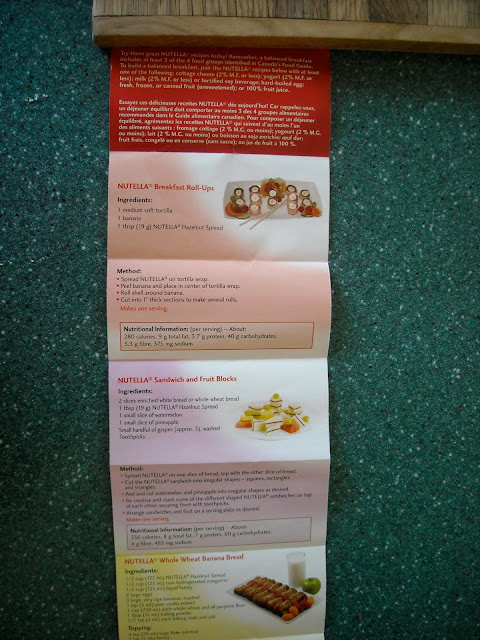 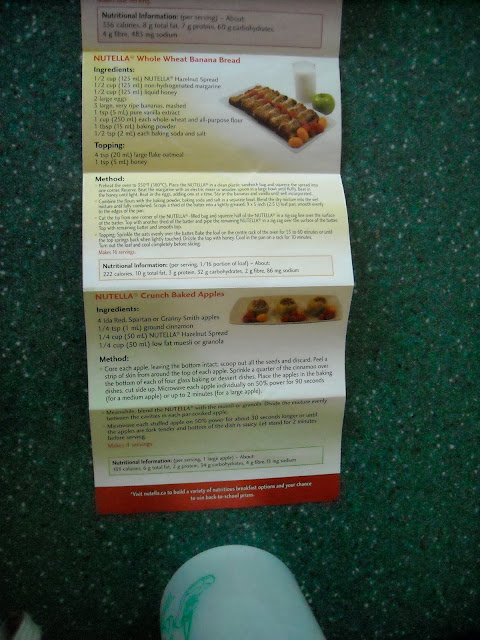