A scary scramble to the tree-brain

It used to be that when I walked in Fish Creek, I mostly stuck to the main paths. When I was running regularly, and was in Fish Creek, I'd often get off the main path and follow some of the smaller trails. I still recall a run with BRBE where we ended up doing a bit of bushwhacking and teetering across the river. I wasn't quite lost, in that I knew I could get back to the car, but I didn't know exactly where we were. Then the camera came along.

Then I started seriously exploring the tiny little paths, looking for interesting photos. Finding places I hadn't been. If there was a choice of paths, I'd take the smaller more overgrown one. Go where I couldn't remember having gone before. I'm constantly finding new scenes, places I've never been, or that have changed so much since I was there they might as well be new. Doing that yesterday got a little scary in places.

It's been raining lately, so the ground is wet and sort of muddy and there's all sorts of little creeks to hop over. The smells of earth, wet wood, and breathing trees are wonderful. I started at bridge one, just before the famous Hill of Death, and turned left, walking across a mostly pine needle hillside. Lots of undergrowth in lovely light from partly cloudy skies.

The hill got steeper. At the top of some sandstone bluffs I could see where some stone and earth had fallen away leaving fresh stone. There was one place the path isn't there anymore because that bit of ground has slid away, and when I say away, I mean dropped many feet into the river. I had to backtrack a bit.

Yes, I found some lovely scenes. I got into a few places I've never been before. I was sort of looking for micro-landscapes, but also the more usual ones, plus interesting nature shots. I think it's safe to say the tree-brain is interesting. I ended up coming out at bridge 2 as intended.

1. The light was lovely on the trees. Pity some mist didn't come along. 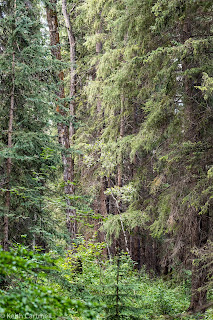 2. A log panorama. I maybe should have removed that stalk of grass.

3. Several shots of the promised tree-brain! I have never seen anything like this. Linda says this is a comb tooth fungus, officially Hericium coralloides, and was formerly known as Hericium ramosum. 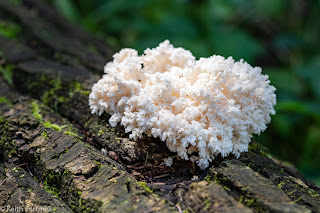 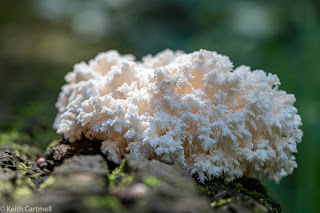 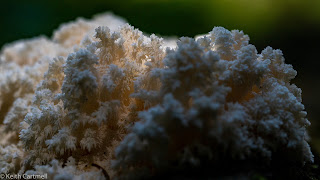 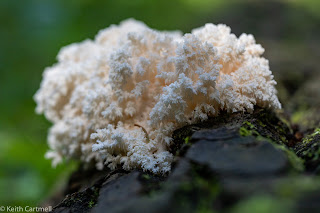 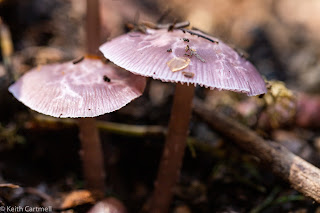 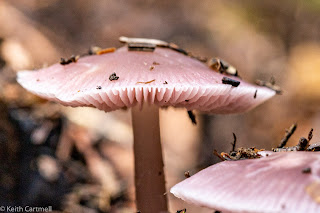 9. A little micro-waterfall hiding under a big log. I would have liked to play with settings a bit more. Actually, I'd have liked to have had both hands on the camera at the same time, but one needed to be hanging onto a tree. 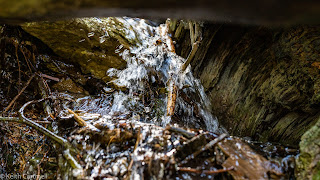 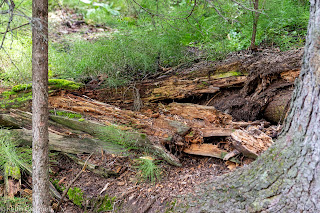 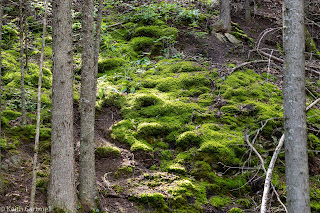 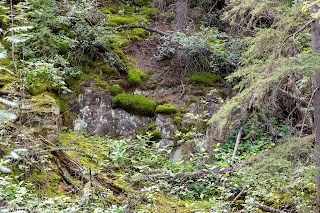 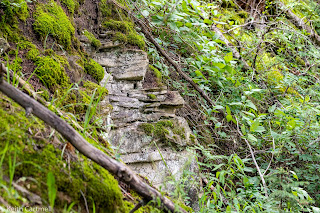 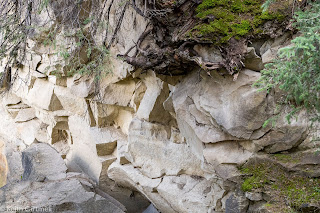 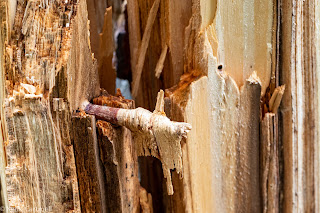 16. The view from a scenic outlook not far from where the path stopped, between bridges 1 and 2. You can't see them, but there was a family having a picnic on the river just out of sight behind the trees. 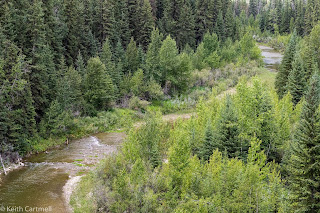 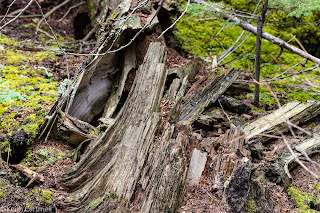 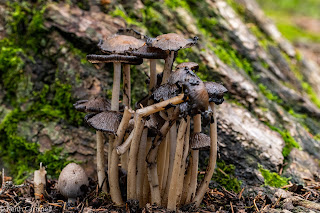 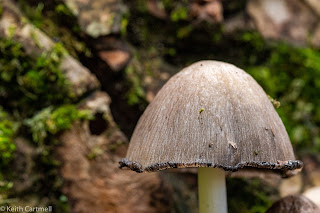 I got a bit wet, then it started raining lightly. There was mud and tree sap on various portions of my anatomy. It was so much fun! 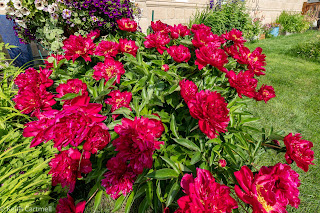 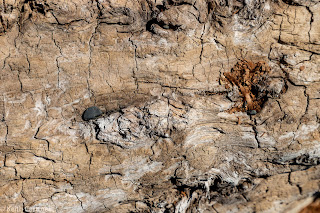