Not the IotM yet, but several serendipity

Picking September Image of the Month is going to be very difficult. I've been looking things over, and  anticipate a dither of Image of the Year proportions. Why? I have more 5 star images in September than I have for the rest of the year combined. Fully 1/3 of the 4 star images from the entire year are from September.
A trip to Yukon that includes Tombstone Territory park will do that for almost anyone. Plus there's both film and digital images to consider, and as good as the digital images are, especially the panoramas, I'm really loving how the film images look.
Normally I use the old T6i to digitize the photos. I'm seriously considering taking another run at them with the 6Dmk2, and get an even better image, with the thought of getting them printed. As a digression, I attended a photographer's talk yesterday, and everybody said the best way to improve your craft is to print the images and look at that.
I still haven't gotten to the aurora photos in any organized way. I've seen a few in passing that I think will make great stand alone images, and I really should consider them, but the main intent was to combine them into a movie. Such good intentions.
In other news, I've pretty well given up on Instagram. My account is still there, and I might notice if someone sent a DM (or whatever it's called) to me, but that's not the way to bet. I've started a Vero account (look for @keithcartmell) and I'm going to try to put a photo a day there.
The weather here is gorgeous, a classic long Calgary autumn. The trees are that beautiful yellow and orange, with some green, that looks amazing in the right light. A couple of the roses are still putting out the occasional bloom, and we were surprised a couple of the dahlias did as well. The pansies are still going strong, but pretty well everything else has packed it in. Linda is slowly starting to put the garden to bed for the winter.
I was out with the small film camera chasing colour yesterday afternoon. Some of my neighbours were looking at me funny. I was walking back to the house and I saw a mostly yellow tree in nice light, with a dark background, and leaves falling like snow out of it. I found a good spot, composed the photo, and waited for it to happen again. And waited. (Cue that ketchup commercial, aaaaannnnnnntiiiiicccccciiiiiipaaaaaationnnnnnnn....) One driver stopped and gestured me to cross, and didn't get it when I showed him the camera and pointed. He might still be there, gesturing, except some yahoo zooming out of the liquor store parking lot laid on the horn. Eventually I gave up waiting and went home for supper. Roast lamb with potatoes and veggies, if you must know.
Some of the lovely colour in Fish Creek near bridge 1. 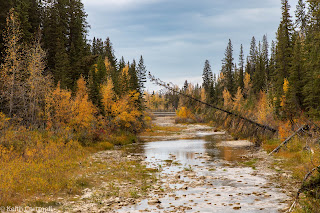 Along with a serendipity from 2017. 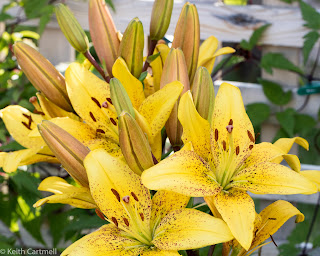 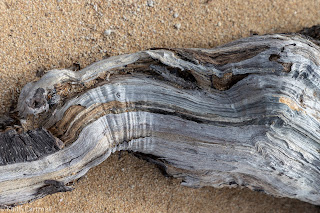 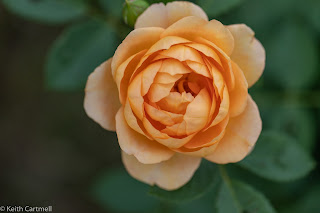 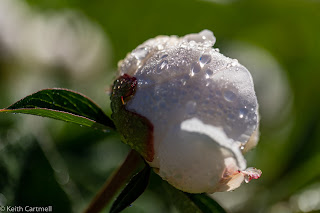 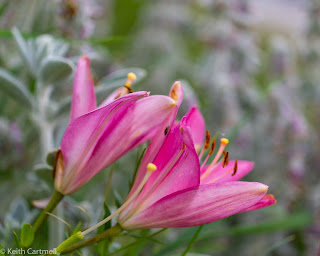 Landscape
Some place south of Chain Lakes. I think. 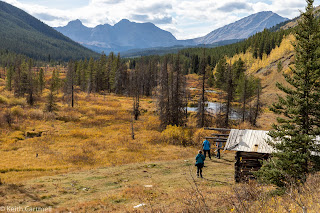 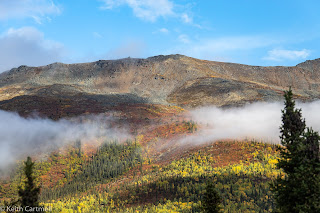 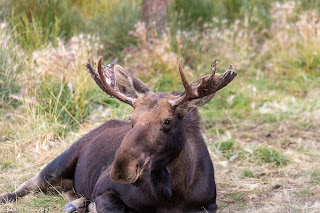 Lynx
I know several of my readers are fond of animal butt photos. 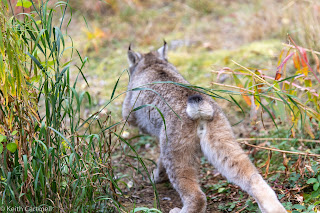 Film
Another view of what we think was the local doctor's house. 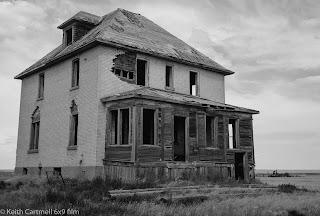 And a serendipity! I think this is Pelly river bridge. 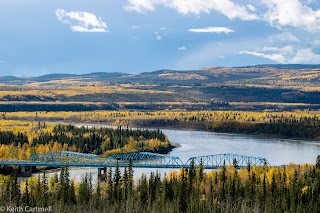 Film again, just to finish the blog. The crew getting back to the van after photographing the abandoned house. Taken mainly to finish the roll of film, and see how the clouds turned out. 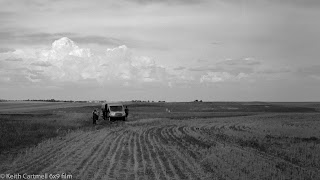