There I was, chugging away on Wordle. I got it in 3 today, in about 5 minutes, which is excellent for me. Linda was just getting started as I headed into the kitchen to make breakfast. I'd barely got the cutlery out of the drawer when there was a triumphant cry of TWO!
She went from having one letter in the right place to having all of them. And she wonders why all her friends think she knows all, and they all know she has a competitive streak. You should have seen her playing cards with her mom and sisters. What a bloodbath! Good thing I was just watching. And then there's the train game we play with friends. Linda wins most of the time. We live in fear of the "Doot-de-doo!" of triumph, which means she's landed a big contract or has just won.
That apple didn't fall far from the tree. Her mom played the train game just once, needed help to get started, and she totally kicked our butts. Normally, one person wins, the next person would have won if got to their turn, and most of the rest of the players are within a few turns of winning. Not that time, nobody was even remotely close. 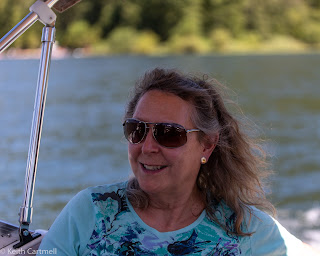 The heat wave is still happening here. I took the cover off the barbecue yesterday to grill some duck breast for lunch, and the thermometer said 225 F, before I turned it on. Let's just say it didn't take long to warm up to cooking temperature.
The heat is good for the dahlias, though. Linda over-wintered a bunch of them as an experiment. Then the spring was cold and snowy, so they got planted late. She wasn't even sure they would bloom, but here you are. 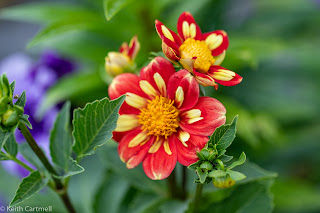 There are a few other buds, but we've no idea what will happen. We could have this heat wave till the end of August, then a day later a big snowstorm or cold snap. We had that happen one year, it snowed about a foot during the Labour Day weekend, and never really stopped. One of our neighbours had just finished getting their house siding re-done, with the crew working frantically late into the evening to finish up. They said they'd come back the next day to take away all the scaffolding. Except it snowed, and kept on snowing. Several weeks later they sent a crew with shovels to dig up the yard to get their gear.
Or, we could have a long lovely Calgary fall, with the days being sunny and a nice temperature, and the nights gradually getting cooler, until well into November. In one sense, Linda loves this, since her garden keeps going with a bit of help covering the more vulnerable plants. Except that it makes it hard to know when to draw the line and tuck the garden to bed for the winter.
Summer reading. 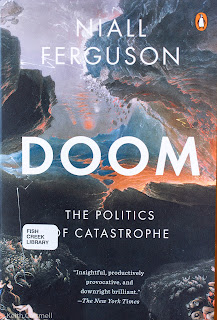 Doom, The Politics of Catastrophe by Niall Fergusson
An interesting, if somewhat long read. The idea is that we're getting worse at dealing with catastrophes as our social systems get more complex. By we, he means governments of all stripes, Chinese, American, capitalist, communist, whatever. And even though we can bring to bear impressive computer modelling to bear, we often don't ask the right questions, or believe the results. Cassandra strikes again, and again, and again.
He tries to look at catastrophe response in terms of systems, not just a political leader, or political system. The perspective shift brings new thinking to bear, looking at a wider, more complicated world. And if there was one word to describe our world, it's complicated.
I think the book would have been more focussed if he had dropped the COVID-19 pandemic chapters out. Much of it was written early in the pandemic, when it wasn't remotely clear how the various responses would play out. A similar book written once we got some perspective on it might be really interesting.
I remain convinced that we're still going to see a wave of excess mortality from all the people who were managing a condition through regular medical care, and had their treatment disrupted by COVID, and in Alberta, the UCP war on the medical system to enrich their buddies through privatization. There are people dying in Canada because the ambulances are tied up waiting for hospitals to accept the patients.  Don't get me started.
Of the Day
Driftwood
But first an evening serendipity from 2017. 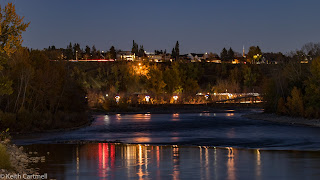 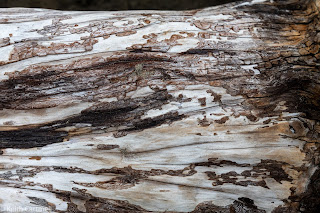 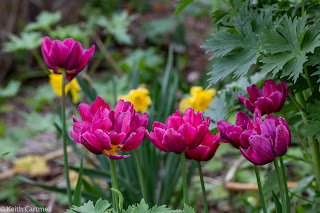 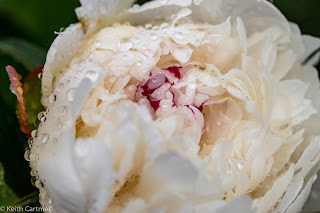 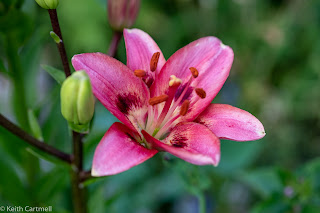 Landscape
One of the last examples of "elevator row" still standing. 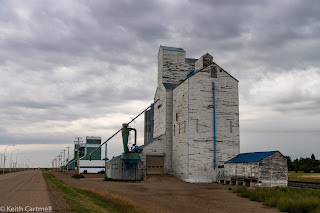 Green Fools
But first a serendipity. I can't believe this hasn't been blogged, from the 2017 Yukon trip. Can't wait to head back there in a couple weeks. 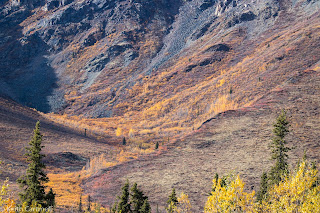 The innocent looking start to The Great Chicken War. 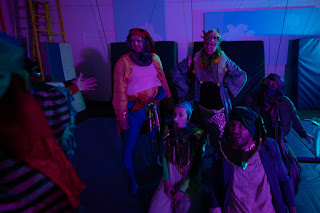 Film
But first a double serendipity. A post-frost rose from 2017. 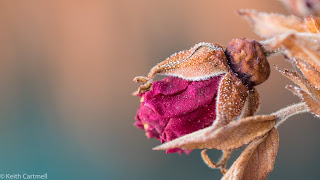 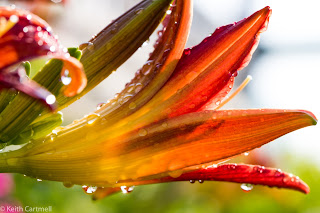 The actual film photo, from Voitier's Flats during a walk with Sean, using the GW690 and Ektar 100. I was pleased to see the rays of light showing up in the trees, and of course, the nice reflection. A tricky exposure, with the bright morning sky, and the deeply shaded river. 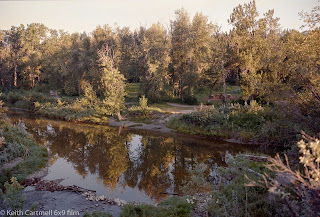