Two and a half camera trips

I'm getting excited! I've got two and a half camera trips coming up, and that makes me think about packing camera gear. I can hear you asking, how is there such a thing as half a trip?
Let me explain. There's the big 10 day trip to Yukon in September that will require lots of careful planning and packing. Last time I took two digital cameras and the appropriate lenses, the idea being that when doing night sessions the cameras can be set up to capture different parts of the sky. This time I want to take the big film camera, and need to think about the second digital. Only so much will go into the carry on bag, and the big film camera is an awkward shape. As well, camera gear is very heavy for the volume it takes up. I can easily put 30 pounds of gear into my main bag, which is slightly under airplane carry on size. The idea is to NOT subject expensive delicate gear to the tender mercies of baggage handlers...
Then there's a couple days trip at the end of August to the Great Sand Hills in Saskatchewan. That will be fun, capturing the sand dunes and sky at all hours of the day and night. I've been there at high noon, and that was tough because there were no shadows. Sunset on another trip was much nicer, and full dark with no moon is going to be awesome! Pretty sure I'll take the film camera for that.
I'm going to have to think about managing film canisters as well, and develop a system. Normally I fill up a roll and drop it off. If I'm really in the groove I might use up another roll while the first is being developed, and I save myself a trip to Marda Loop. But during the Yukon trip I'm going to take lots of film, and will need a system to manage exposed rolls.
And this weekend there's a triathlon I'm doing for a buddy. I call this half a trip. The camera gear is pretty straightforward, 2 cameras, 2 lenses, batteries for both, and some extra SD cards. I have to be sure the car is full of gas, and get up at half past ungodly (as my mom likes to say) to get there in time for the racers to arrive. Half asleep people shambling around trying to juggle coffee and race equipment makes for great photos. The race location is out near Springbank airport, which isn't that far, all things considered, but it's still actually out of town, and thus qualifies as a trip, sort of, in my mind.
In all these trips packing clothing is the least of my concerns. Right this moment someone could burst in the door, tell me I've won a trip of x many days if we leave now, and how long to pack? The answer is about 10 minutes for everything outside camera gear. It might take longer to get confirmation that someone would take care of Celina. Or even quicker is to forego the luggage. All I really need to do is grab my wallet, phone, (maybe the passport), and put on shoes. Zoom.
You know the saying, when the only tool you have is a hammer, all the problems look like nails. When all you have on hand is a basic suite of tools, it's typically really easy to choose the best one for the task at hand. It might not be the best tool that exists, and you might even own the correct tool, but if it isn't with you at the time it's needed, you make do.
Photographers make this choice all the time. If I'm out in the garden it's only the work of a moment to change lenses if necessary, and typically the light doesn't change that fast. Except when it does. If I'm out for a walk, I don't want to be carrying a bunch of lenses just in case. Typically I'll pick one, and usually I'll only 'see' scenes I can capture with it. And yes, there's times I've been stuck with the wrong lens. But on a long trip like going to Yukon, I want all the lenses, because I know darned well I'm likely to find scenes that cry out for a particular lens. Most of the time, the extra lenses are in the van, and I can go back if necessary; it's not like I have to carry them on an all day hike.
In some ways life gets harder when there's lots of choice about tools. You have to think about the task at hand in more detail in order to decide which exact tool to use. Then find it. Suddenly there are other considerations, like the right tool needing to be cleaned, or adjusted before use. Maybe if you change the work slightly, it changes the choice of a tool to a more efficient one. Maybe the choice of tools drives the order the work is being done. Maybe you have to share the tool, or borrow it. More isn't always better.
Linda is home from Ontario, after having a great time visiting her sisters. I think there's been more chat from Celina since then, than during the entire week she was gone. She is busy getting caught up on mail and seeing what her garden has been up to. 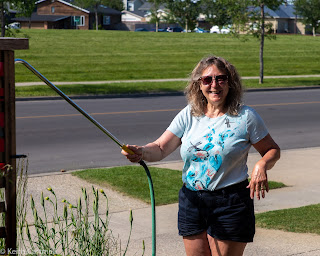 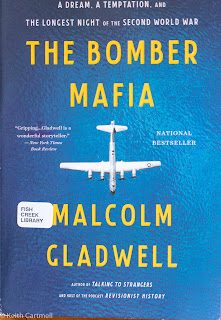 This is not what I thought it would be. I thought it would be about Bomber Harris and the fire-bombing of Dresdin or General LeMay and the fire bombing of Tokyo. It is, sort of, but not quite. It's about the mindset that produced those results, with detours behind the scenes to the Norden bombsight and other innovations. There's some insight into the people involved and the systems they were working within. If you like other Gladwell books, you'll probably like this one.
More and more I'm thinking about the systems that people are working within. Which is a tie in to the current read, but we'll get there later. Leaders don't exist in a vacuum. In spite of the Great Man theory, the overall system is more interesting, and requires more thought to tease out the various elements, but is much more likely to deliver a correct result.
Of the Day
Driftwood 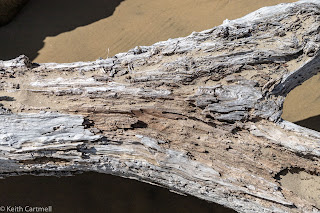 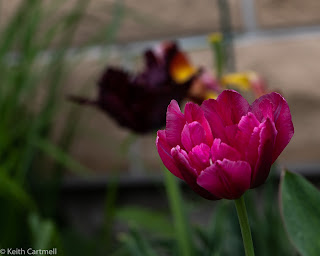 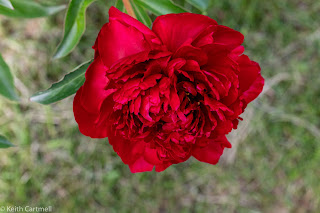 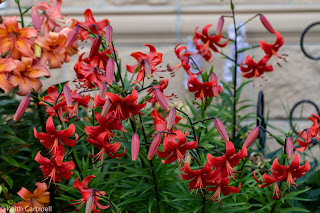 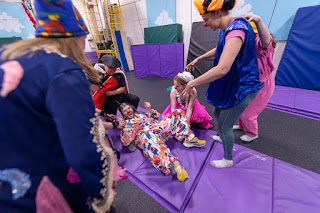 Stay tuned for film, I'm waiting for a roll to come back from the lab.