Do you think this is happening to you? 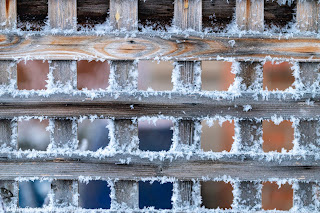 Is there something between you and what you want? Does it prevent you from getting there, or even seeing your goal clearly?
That's not unusual. In fact it's pretty darned common. But it isn't what you think.
It might look and act like a barrier, and that's what it will be if you let it. But what it will do is encourage you to look harder at your goals, and from different angles, maybe using different tools, maybe even using the barrier itself as a vantage point. It will help you prove to yourself how much you actually want that goal.
There's a saying, "if you are told something, you merely have been told, but if you learn it for yourself then you know it." That barrier is what helps you know something about your goal and about yourself.
The barrier probably isn't a brick wall, but even those can be dealt with. Typically you wouldn't try to smash through unless you had tools for that. You'd go over, or go around, or go under, or persuade someone to take the wall away, or you create a door. There's any number of solutions. You'll find them if you want to badly enough.
More likely the barrier isn't as sturdy or obvious as brick. Maybe the barrier is disguised as something else, perhaps even a goal in and of itself. What most people think of as a job falls into that category. You persuade someone to pay you money in exchange for you doing what they tell you to do. Then you fall into the consumer trap of wanting things, and a job looks like the way to pay for those things.
Except what you are really paying is your life's blood. Your time, your creativity, the spark that makes you, you. The wealthy and powerful have set up this current system to use you like a battery, to drain you dry for their benefit. It will go on as long as you let it. You need to harness that for what you want, not what they want. Like a buddy of mine told his kids, "the bank and credit card companies are not your friends."
You have to peer through or around that barrier to see a path towards something better. Then you have to scramble through the thorns and find your way along the twisty and turny path. Ignore the big obvious direction signs leading to the highway that will take you behind the barrier again. There's likely to be some bushwhacking through the weeds. There might well be come creatures in the ditch or under the bridge that want to do unspeakable things with your bones, or maybe they are helpers in disguise. Press on. This is how you show how badly you want that goal.
Often you'll find new goals along the way, and adventures more fulfilling than the original goal. There might be times you're the only one on that part of the path and you'll feel lonely, but keep in mind that others have been there, since there is a path. Or maybe you aren't sure there's a path at all. That means means is that so few people have been this way they didn't leave a trace, and this is an opportunity to let your creativity leave a trace for others.
Take it. Make it.
The ongoing message about being notified so you don't miss any blogs. I'll be repeating this bit of text for a while. Scrolling through Facebook is making me unhappy, so I want to do less of it, and see how that feels. It's all too easy to start scrolling after putting a up a notice I've blogged. I will drop in on a photo group I like, but anything after that is uncertain.
So if you want to be sure you don't miss a blog, send an email to keith at nucleus dot com and ask to be put on my blog notification list. You'll get an email with a link whenever I blog. Plus there may be some extra goodies for those on the list. If you find the blog through another means, that's fine too, I'm happy to have you read however that works.
Of the Day
Driftwood 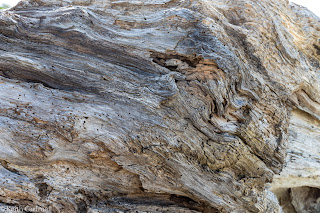