There I was, heading out for a walk on the bike path on a cold and snowy day earlier this week. Not all that many people had shovelled their sidewalks yet, so Linda was making me break the path and find the icy spots under the snow.
Up ahead a woman was shovelling her front steps. I slowed down because this is where Wayne lived, until he moved out last fall. I'd met the real estate agent, but hadn't met the new owners yet. As I got closer, I could see she was wearing a blue parka, like my blue parka. I said hello, hoping she would turn a bit more.
And yes, sure enough, it was an Amoco parka matching what I was wearing. I could see her doing the double-take at my parka. She had worked at Amoco during my time there, mostly out at the Crossfield plant, but I don't think I met her during my visits. Then again, that was a long time ago. We know some of the same people, including her brother in-law, who used to work at Resolve Photo, and who helped me with some of my photo prints. It's a small world sometimes. We had a lovely chat, and it probably wouldn't have happened if we hadn't both been wearing those parkas.
It's funny how you meet people. I was sure I'd blogged the story of how I met Oksana, but I'm not finding it. It's best told in person over a beverage. Both of us got paying jobs out of the deal through mutual connections, and we're actually on the same team at work now. We've also met in our side gigs as well, which was fun. I don't know how the relationship with our new neighbour will go, but we had a perfectly wonderful chat.
Connections are funny. Even though I'm cranky about Facebook at the moment, it's one of the ways to stay in touch with people who don't live near you. As in, Switzerland, Ontario, Quebec, Nova Scotia, British Columbia, New Zealand, and probably more that don't come to mind at the moment. Several are what you call mobile enough that I'm not sure if they're in Hong Kong or in Canada or somewhere else. The New Zealand one, I was out trying to shoot the full moon over the Napier ocean viewing platform. Ian and I stay in touch periodically.
Somehow, video calls are not quite the same as visiting in person over a coffee. We had had plans for that, knowing that flights to Europe were not all that expensive. We sort of had a flight in mind late 2019, but our schedule was a bit complicated and we had lots of flights coming up.
And now we can't. We should have when we had the chance. Nobody knows when we'll be allowed to fly again, with whatever restrictions, and that's without thinking about whether we'd feel safe, crammed into a small space with poor ventilation trusting several hundred other people to not have been around sick people and not lied about it.
Like many people, we're thinking of our next trip. Where is probably dependant on various virus related travel restrictions. We haven't been to the east coast in several years, and a fall trip during the colours is high on my list. Jonesing for the La Have bakery has nothing to do with it. Switzerland for a first time would be nice. And Iceland, though I don't know anyone there. Back to New Zealand again, of course. I think if they let us live there, I'd sell up and do it.
A nice sunset from the other day, using a rapidly freezing puddle. 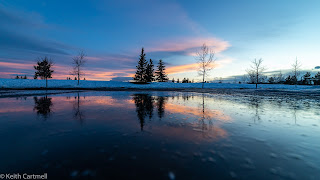 I'll be repeating this bit of text for a while. Scrolling through Facebook is making me unhappy, so I want to do less of it, and see how that feels. It's all too easy to start scrolling after putting a up a notice I've blogged. I will drop in on a photo group I like, but anything after that is uncertain.
So if you want to be sure you don't miss a blog, send an email to keith at nucleus dot com and ask to be put on my blog notification list. You'll get an email with a link whenever I blog. Plus there may be some extra goodies for those on the list. If you find the blog through another means, that's fine too, I'm happy to have you read however that works.
Of the Day
Driftwood 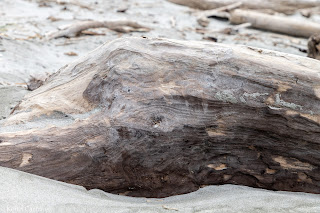 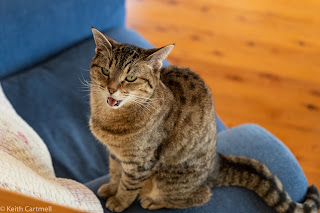