Last bit of NaNo news. I have officially validated! 55K words in just under a month. But the blog suffered this time, only a few posts. Last year I chugged on through. I'm not sure what the difference was this time.

There is a bit of overlap between the end of Bone and the start of BtE. Quite a bit, in fact. I've had some better ideas along the way. The task now is to sort out the story, and which bits I like, then rewrite into a coherent overall draft. As any writer knows, rewriting is where the work is, and I have lots of work in front of me. Lots.


I've had a suggestion to break it into novellas and self publish. I might do that if I can frame it that way and not distort the story. I'm going to need to look at least trying to get this published. Any published writers in my audience? What was your path, self, traditional, or what? What's your experience with the whole process?

Is it just me? My readership stats took a huge hit over the last month. I'm asking other bloggers if this has happened to them too? Whatever Blogger measures, it sure took a dip, especially readership of the individual blog posts. And lots fewer comments too. My first assumption is that many of my readers are also writers and were tied up with their own NaNo struggles. Let's see if things pick up in a couple days. Here's the monthly graph for your interest.

Now, where was I? Winter has finally arrived. Not the warnings of the occasional flurry, but actually winter. Cold. Snowy. I broke out the old Amoco parka, but it turns out it's not quite that cold yet. I got a bit sweaty doing the driveway. I wonder how many Amoco branded parkas there are left? 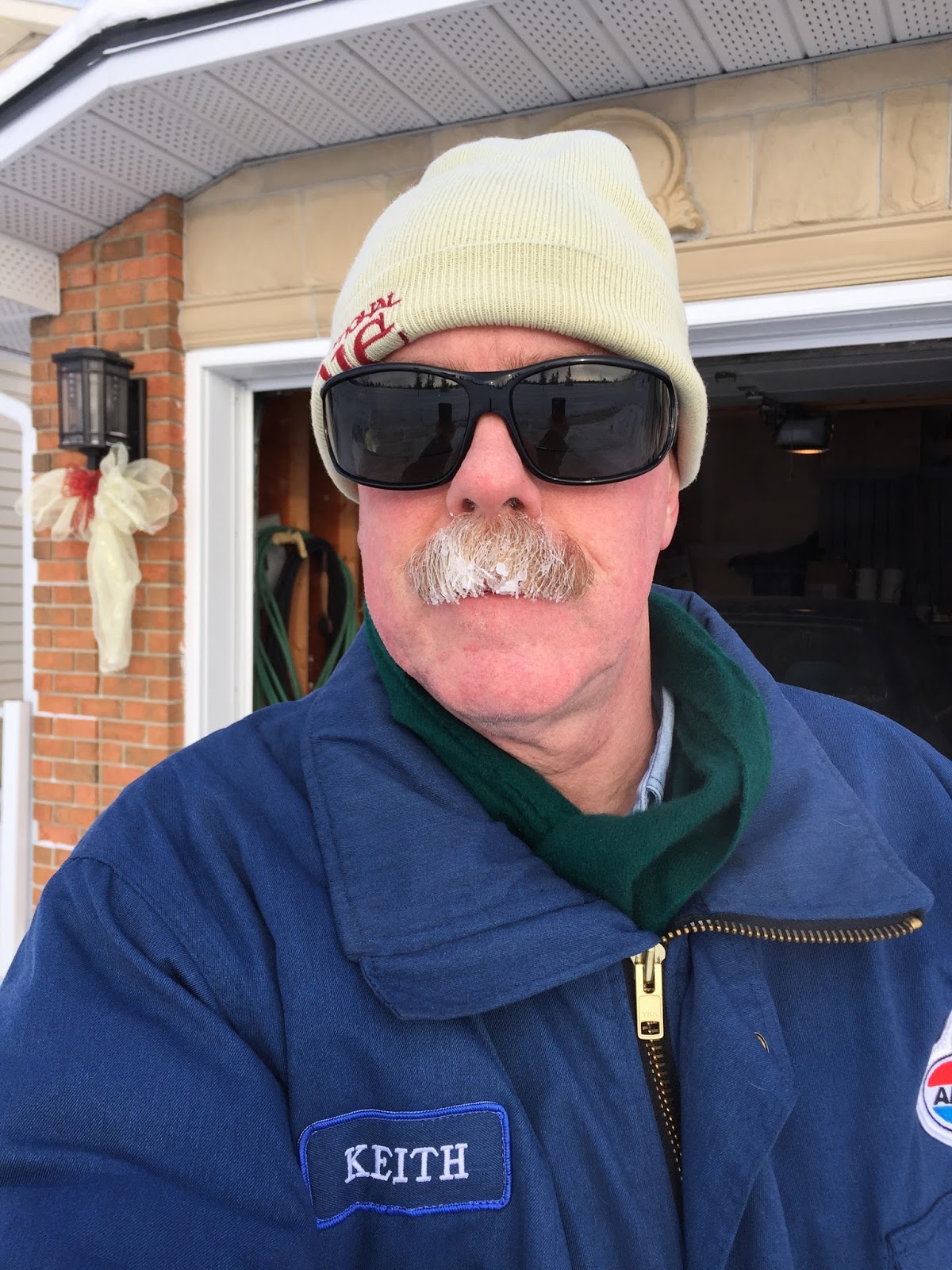 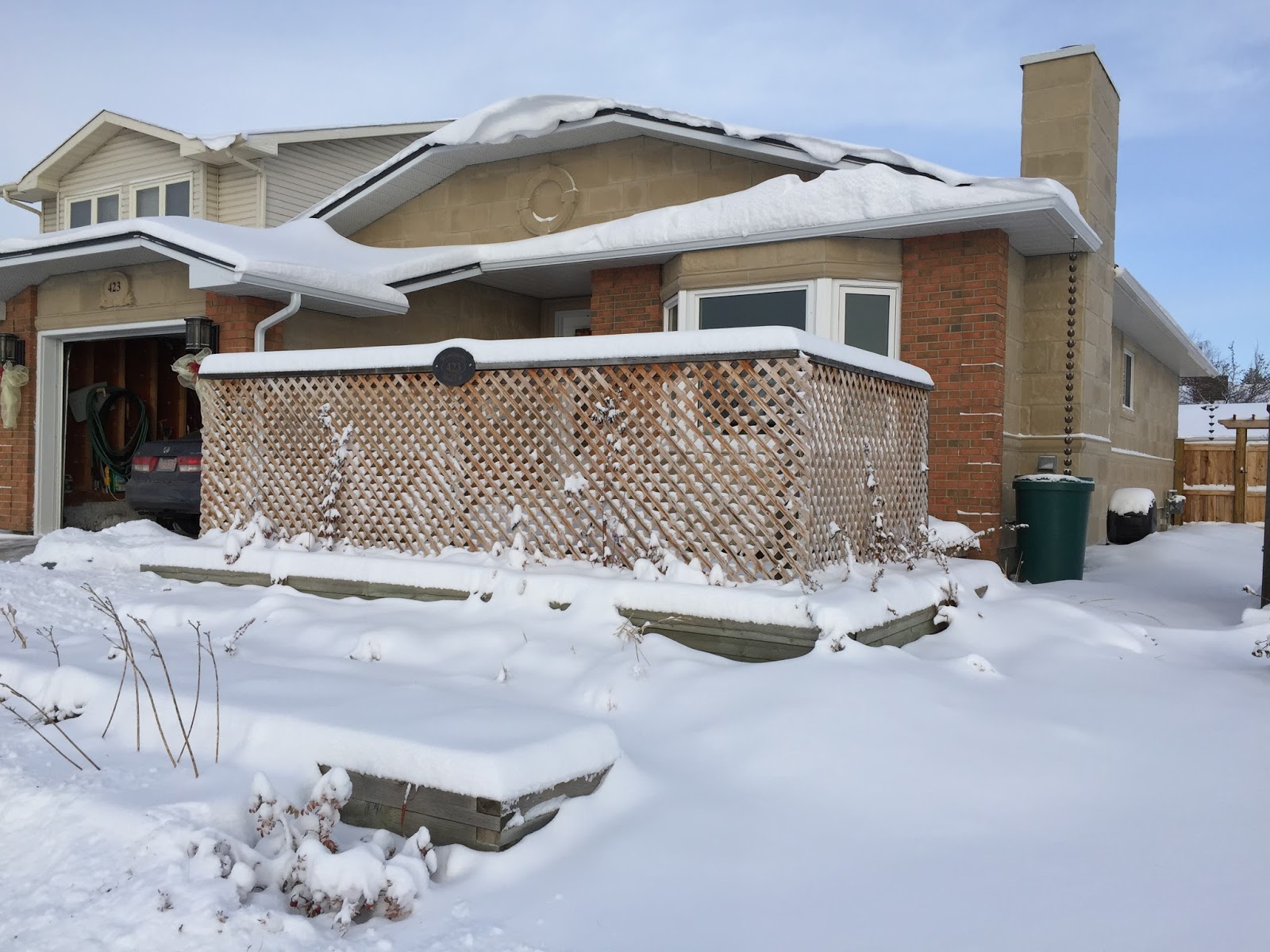 Here she is, trying to rescue a relative, or carry away prey. Between this one and the next shot she had it picked up to drag off, then dropped it. 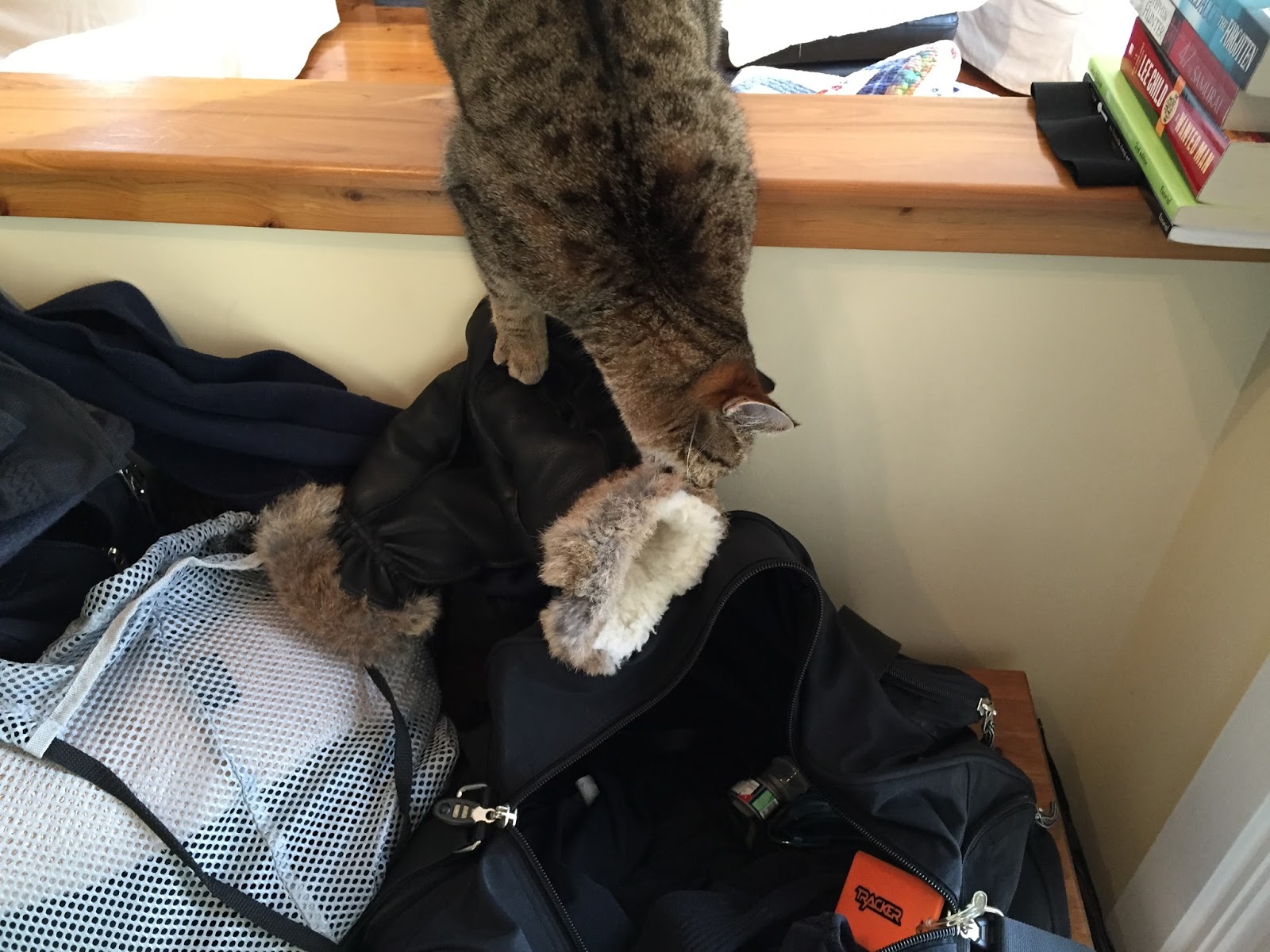 That's swim gear underneath the mittens, almost ready for tomorrow's big workout. I have no idea how many Km I'll have to do. I'm swimming with buddies tomorrow, at least that's the plan, and they are tough bad-asses! I hope I can make it home again.

My core has been feeling neglected lately. For a while I was on a roll with regular core stuff, but, well, you know. So my December streak is to do core and stretching every day, aiming for a half hour or so. There will be one of plank or side plank. One of one leg or two leg squats. Other stuff, probably going back to the print out Dr Dale gave me during my knee adventures. I think the issues now are my hips, but, and low back, but it's all good. Any suggestions? And don't say burpee's. I might try one at the end, if I survive that long.