Forgive me, I laughed

Today I ended up taking the LRT home, a thing that happens periodically. I ranted about people that don't understand the LRT conga line here, and I was reminded of that tonight. It was pretty crowded but not unbearable.

Why did I laugh? A guy sitting beside the window indicated he was getting off. The woman sitting beside him got up, and wormed her way through a bunch of people, looking around every step. I was positive she was looking for a nook to duck into so the guy could pass her and get out. Meanwhile she's holding him up. She got almost the entire way to the doors, then tried to swim upstream for fear of being pushed off the train.

She finally swapped places with him, and what an interesting look he had on his face as she did it. Then she tried to get her seat back. I laughed. I don't think she knew I was laughing at her, since I was looking at my phone, but really.

There is a polite dance that happens when the train is crowded and a seat opens up. The people nearest it have first dibs, but us being Canadian, we don't want to be dicks about it. Much more often than not it is offered to someone else, at least one of elderly, infirm, pregnant getting first refusal. Many people say, "I'm getting off next stop", or "I sit all day."

In other idiocy stories. My office overlooks the corner that has the Palliser Hotel, my building, the grain exchange and the old Pan Canadian building. The walk lights are slightly different on one side of 1st than the other. I watched a guy assume they had changed and got out to the middle of the street. Then he woke up to traffic turning onto 9th ave in front and behind him. He got honked at several times as he took a few steps back and forth. And then a cabbie looking for traffic the other way nearly took him out because he wanted to go across all the lanes to the cab stand. For a bad moment I thought I was going to have to go outside and be a witness in a homicide investigation.

A couple cat photos to play you out with music. Celina the sweat pervert investigating my scarf after a run. And snoozing cats, how peaceful is that? 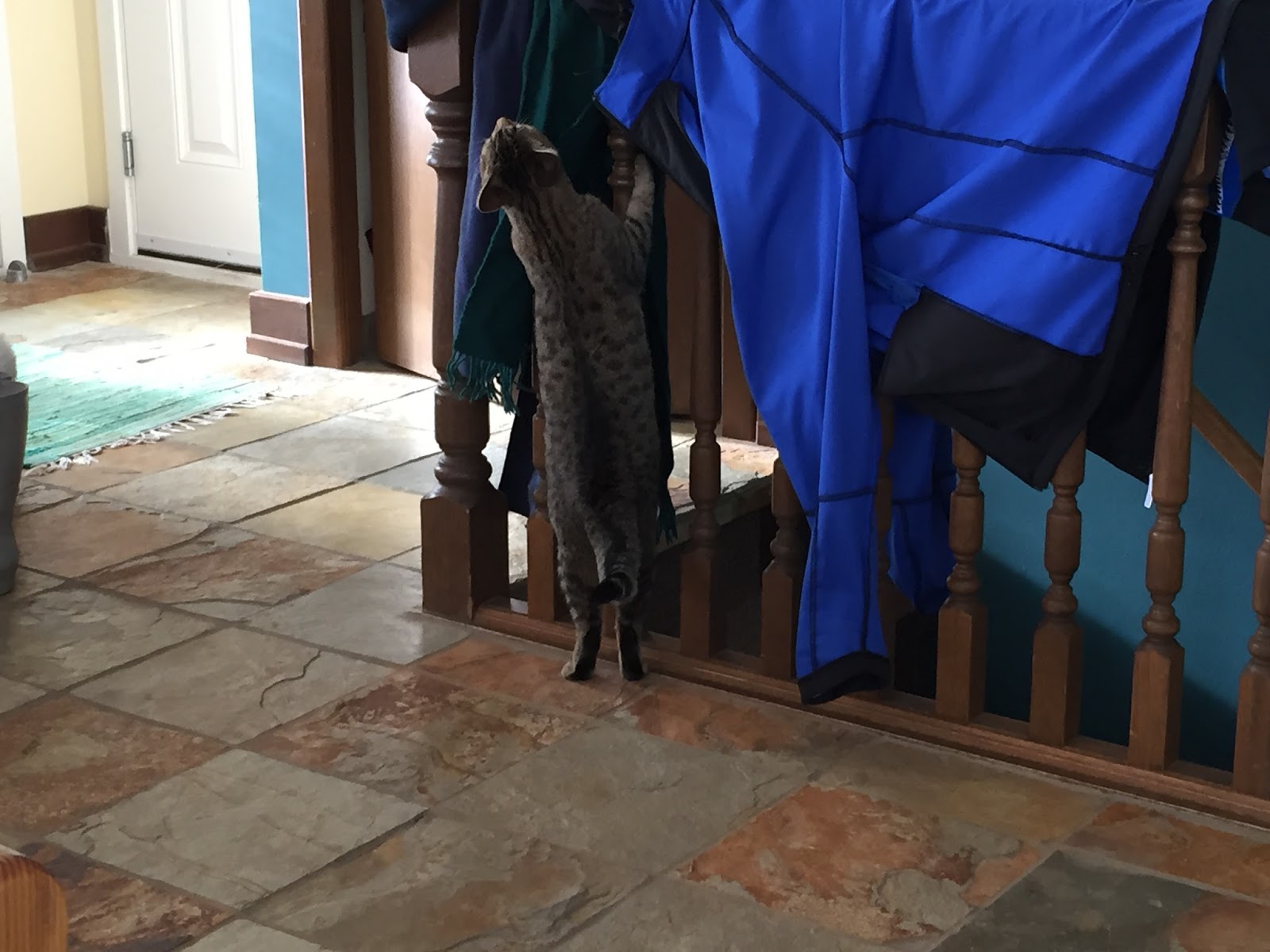 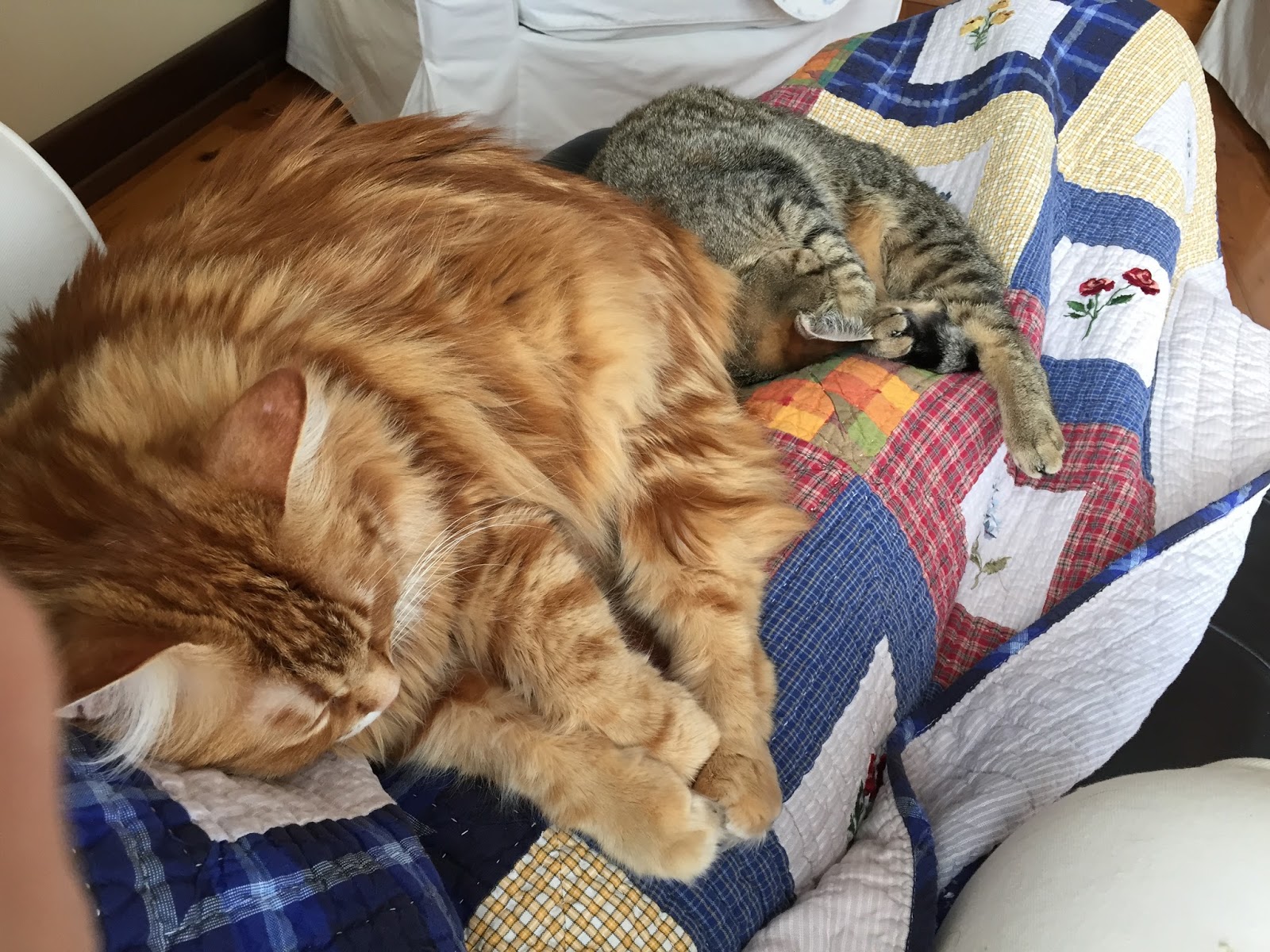