The flurry and the sun

I am looking out at some blue sky right now! Excitement is ours! After nearly constant rain or snow since Friday morning, most Calgarians are going a little stir crazy.  This is why I could never live in Vancouver. It doesn't have to be warm for me, but it does have to be sunny. I'm a little crazy that if I'd waited a couple hours I could have run in shorts.

But I didn't. I went out right after work into a flurry. Not a huge one; I could still see where I was going. But a flurry none the less. My legs were not especially eager. My right quad has been complaining a bit, so I promised we'd start, and if they seriously complained, I'd stop.

There was an interesting thing I discovered while limbering up. If I stand on my right leg with my weight on the ball of my foot, it hurts my knee fairly soon as I bend it. However, if I shift my weight towards my heel, it bends a lot further. Any ideas why?

Back to the run. It felt really clunky for quite a while, then settled down to a very nice run. Even though I've lived here for a long time, there are still streets quite close to here that I've never been on. We have all kinds of little pathways connecting little parks and letting people escape cup-de-sacs. Well, sometimes. Its still easy to find a dead end. Like behind our house.

It ended up being 6K, just under 42 minutes. Once I got going my legs were happy to run, and they pushed my lungs a little bit. I guess you could say this was almost a tempo run. 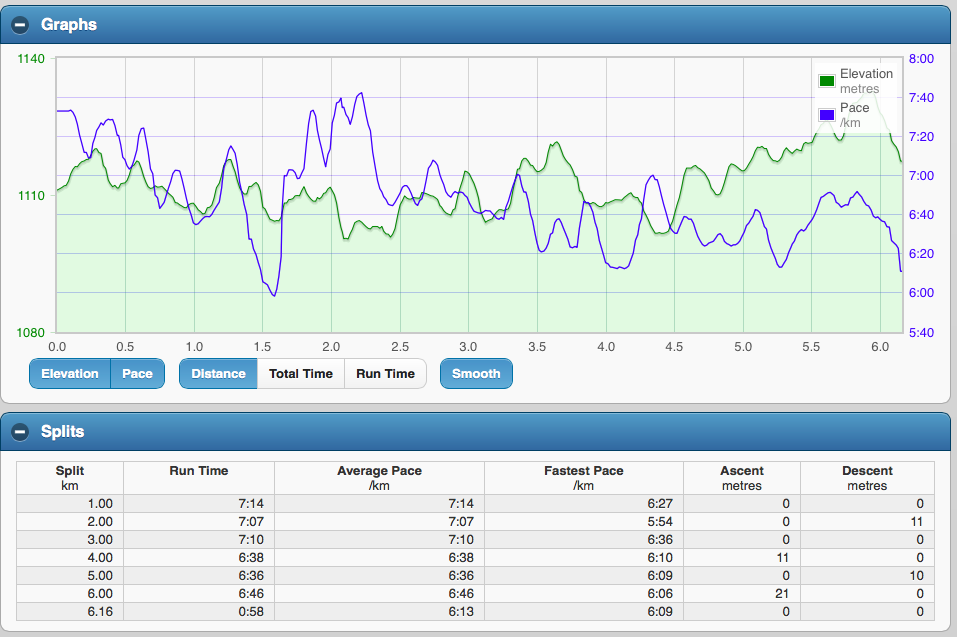 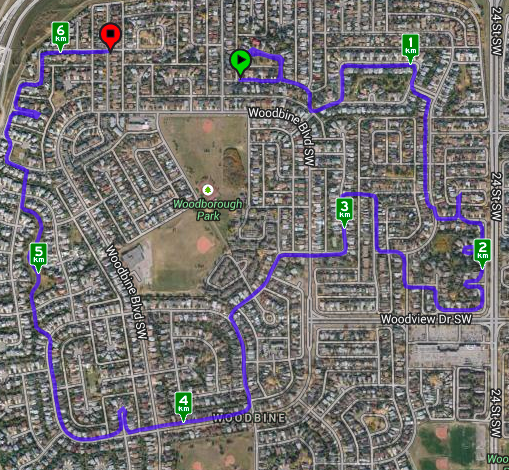 Last night I watched a bit of 'Yes, Prime Minister'. In the first place it looks great on the new TV, much better than I had expected, given the primitive equipment back in the day, nearly 30 years ago. In the second, it's just as funny as ever. The political situations are dated, of course, but the wit and the eloquence live on. Watching the actors play off one another is a total joy. So much better than the current diet of car chases and fart jokes that pass for entertainment now.

Whoops, another episode of spring is over with. The blue sky is gone, and it's snowing again. The lawn is much less green than it was a few minutes ago. Tomorrow is supposed to be nice, at last. They say. Not that I believe weather forecasts. Do you?