So I didn't drown, and can walk again

Thursday I was into the pool for a nice swim, till I blew a flip turn and it all fell apart. I haven't floundered like that for a long time. Did a bit more trying to get it together, but to no avail. Water ran after. Watched the above surface part of the practicing synchro swim team. They are amazing athletes!

My legs have gradually been feeling better, to the point of walking normally, though my quad still twinges. Going up stairs, or getting up from a chair takes a bit of caution. It was nice enough today that I wanted to run, and if I'd been trying to escape a bear, my legs would have been willing to give it a try. But I didn't want to run just to see how much it hurt.

The back yard work is in full swing. Here we are Thursday afternoon, after pulling apart the back steps I'd spent so long on. But they were right. The risers were too high, and it wouldn't look very good next to the flower beds that are going in. They suggested recycling the stone for the patio, and building back steps out of the retaining wall stone, which would tie it all together much more nicely. It was with only the slightest whimper I agreed. I really liked working with the stone, and now there is no evidence of what I had done, other than photos and memories. The big slab will go right in front of the door to the enclosed gazebo. Progress on that is going really well, but no photos till it's done. 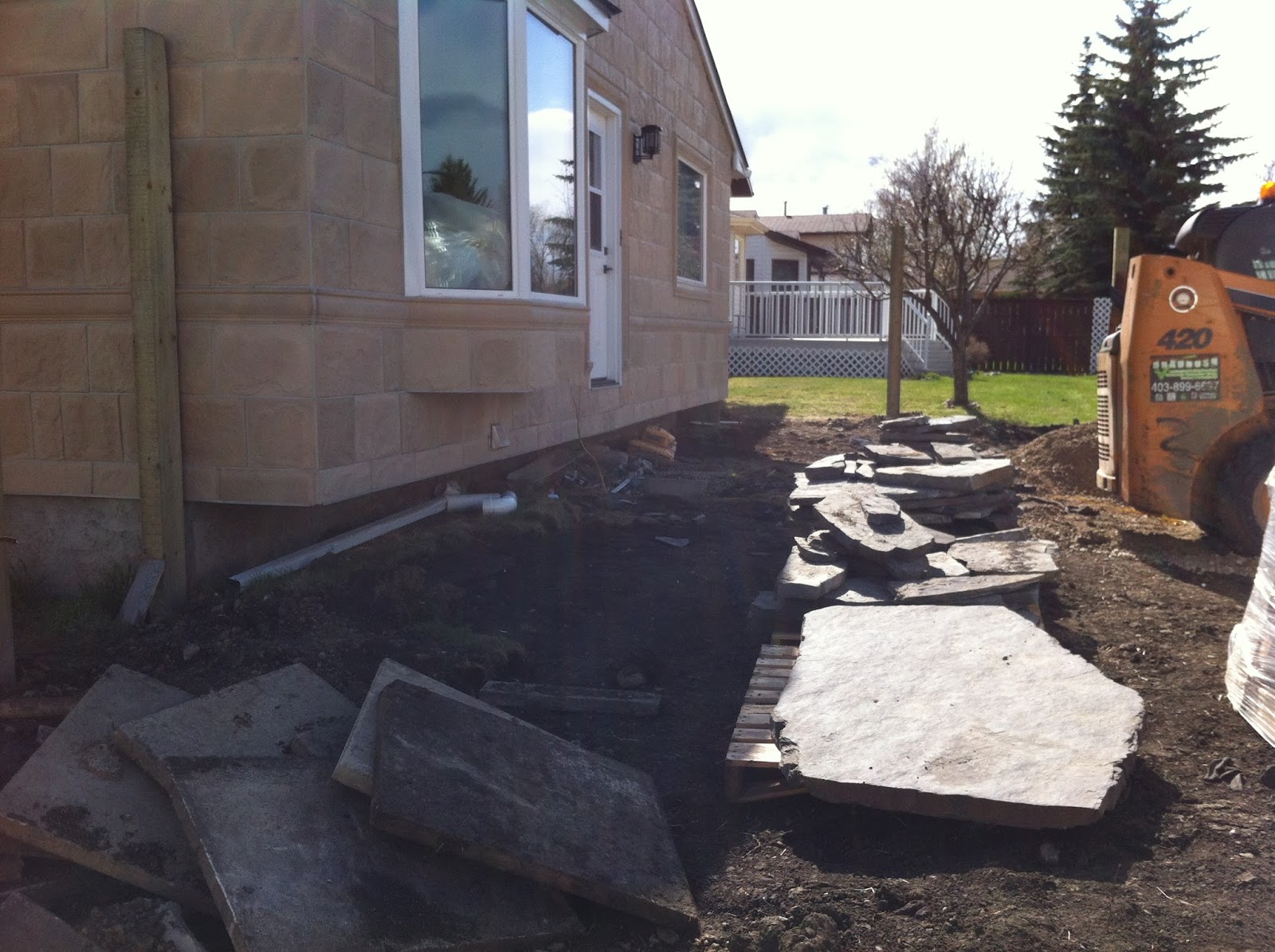 Here's the back all cleaned up this afternoon, ready to lay the blocks for the retaining wall. 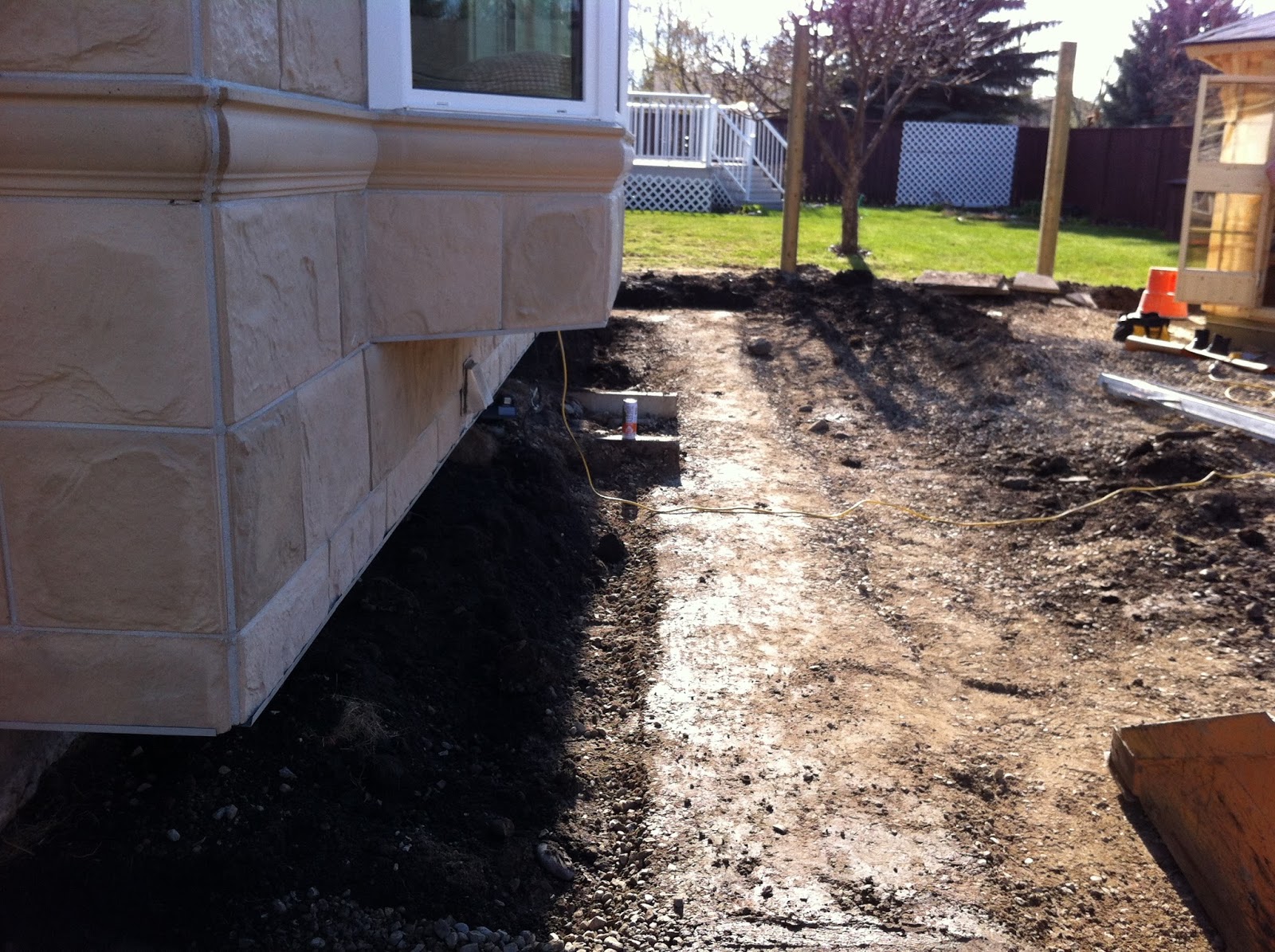 While they were outside working today, (isn't paid help wonderful?) I was down bottling two wine kits. Here is Curtis supervising. 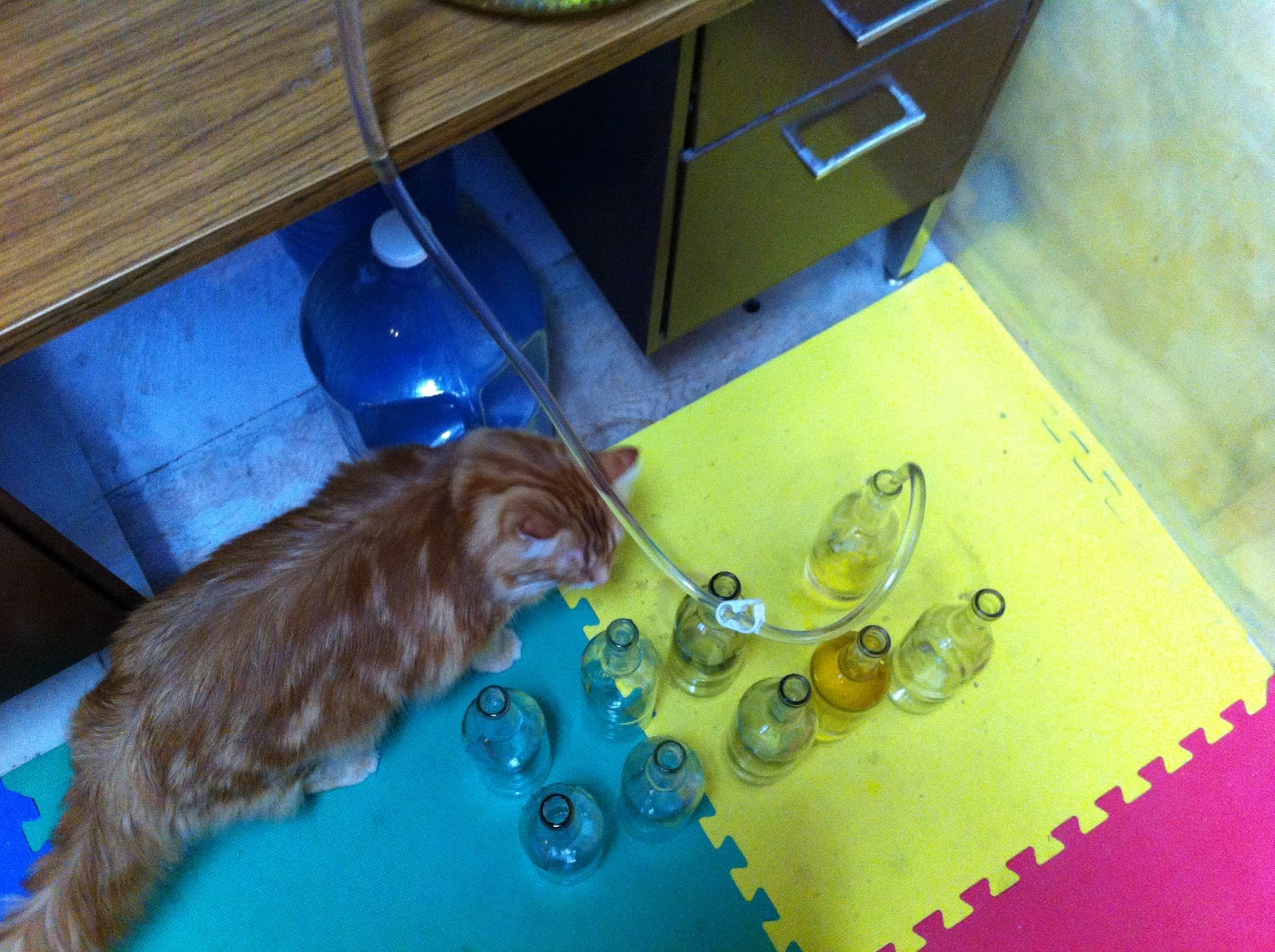 Here's the two bottles. The white is a Pacific Quartet, a very pale straw colour. Right now it tastes a bit raw, so it will probably take 6 months in the bottle before we can drink it. The red is pretty tasty, but I think it will want some time in the bottle as well. 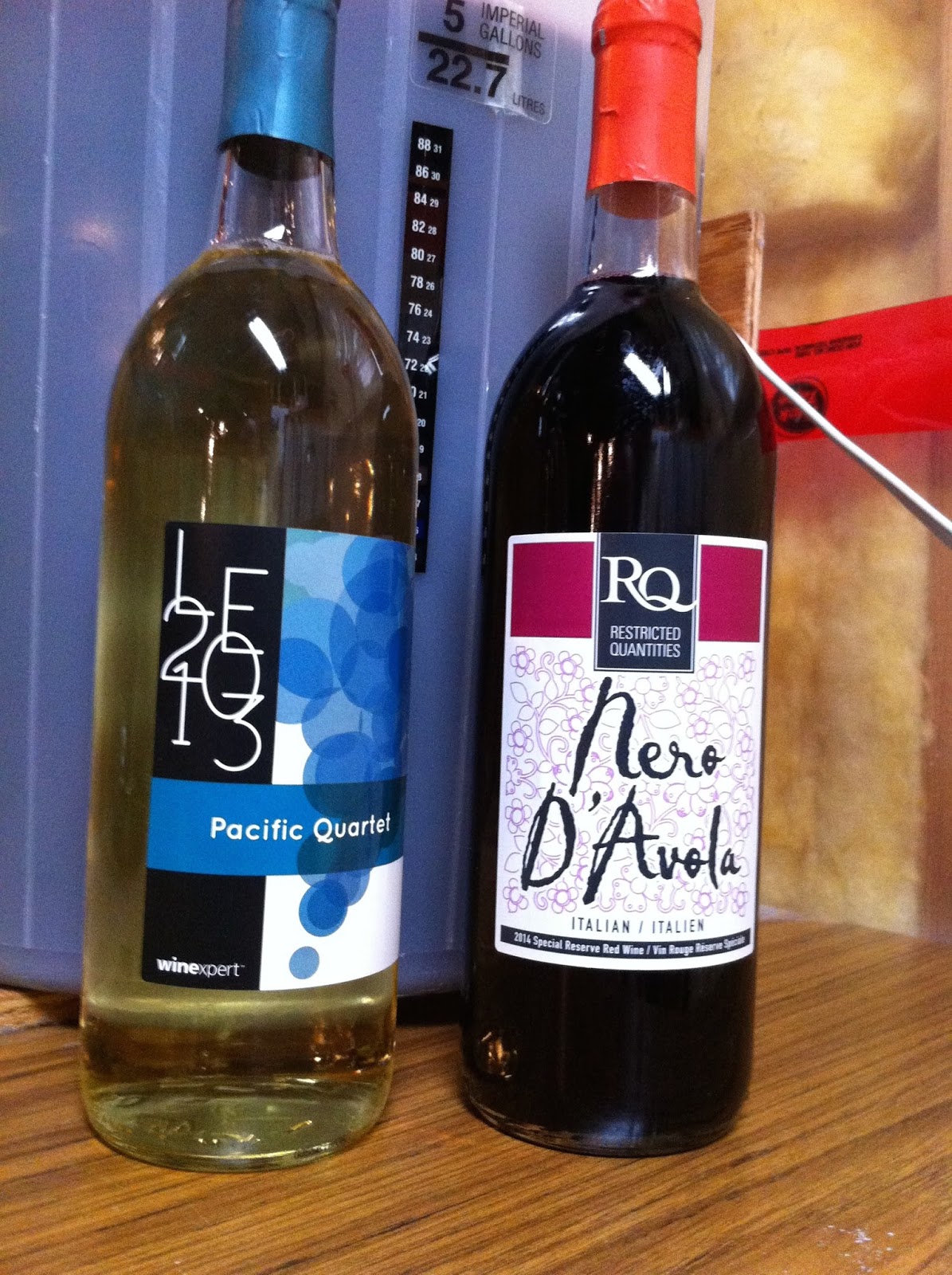