It's a weird Friday in March. I was hoping to sleep in today, but no. I slept well, but was awake and up by 4:30. I was not packed for the pool, and did not feel like being packed. The pain and suffering from my ART appointment was the worst pain at his hands ever. I nearly cried, and probably would have if I'd had more time to think about it. Something with the inside of my right heel is very tender. Iced it after. Better now.

One of the things I did was watch the moon emerge from the clouds this morning. Very pretty. Only later I thought of trying to take a time lapse of it, but by then it was too late. However, the clouds obscuring the sunrise were pretty good. About 51 seconds long. It is nicer than I thought it would be.


The workout of the day ended up being about 1.5 hour on the bike, mostly easy spin, trying to wake up my legs. They weren't stiff and sore, more tired and wanting more rest. After the bike was a good stretching and core session. Iced the heel more.

Later in the day I was down working on the great vapour barrier sealing project. I'm now done all the windows, and making good progress on the other parts. The Tuck Tape is great stuff. I wish I'd started with it. However I'm getting to the point where I'm going to start to have to move stuff. And do we ever have lots of stuff that will need to be moved. That isn't going to be any fun. I'm also thinking about painting the concrete floor while the stuff is moved. Anyone have any experience with that? Here's the window, which is pretty well my view when I'm on my bike these days. 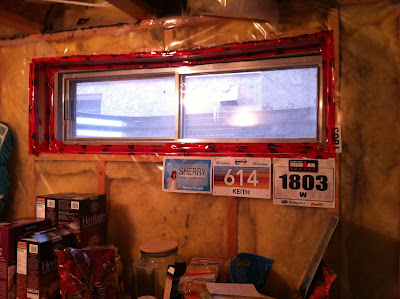 Earlier this week I was out to Lazy Loaf and Kettle for lunch with a buddy. They had these fruit flans, and as soon as I saw them, I knew I had to bring home one for Linda. One for me too, of course. They were very good, though just not quite as good as the flans from Yum bakery. 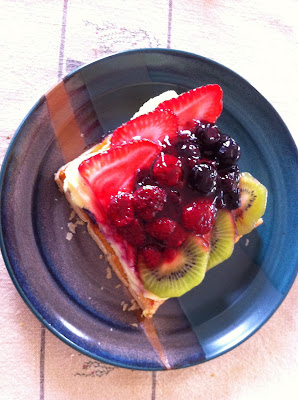 Speaking of flans from Yum bakery, look what Linda found to go with the BBQ bison burgers for supper tonight! It's just as yummy as it looks. 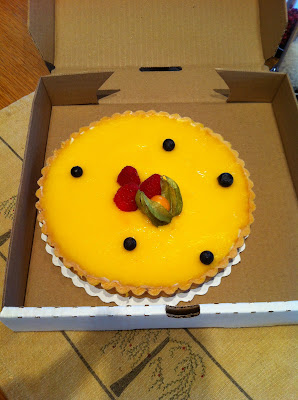 This was supper a week ago, and I hadn't got around to posting this photo. Organic chicken and duck. The small drinking glass next to the bottle of wine is my favourite because I made it. From scratch. I had been hoping for a beer glass, and it's more of a juice glass. 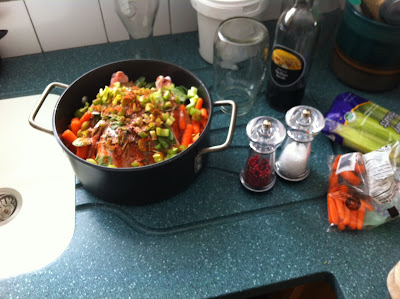 When I was walking through downtown yesterday I saw these gardening decorations, and in spite of having 36 Spolumbo sausages over my shoulder, I had to get the photo. 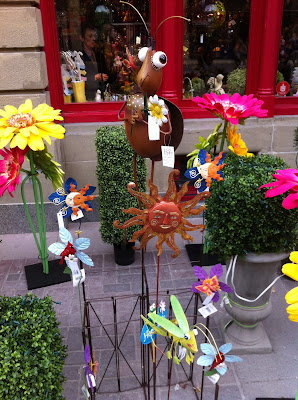 It used to be that taking photos was a real chore. We always forgot to take the camera. When it was full (film, you remember film. Oh wait, some of my younger readers might not. Google it.) we would take it in to be developed and it was always a surprise to see what was there. Now I have a camera with me all the time, and I'm getting into the habit of taking photos just because.

Like these. There is a ship in the Canadian Navy named after Calgary. This model is in City Hall. Don't be afraid to scroll down, more stuff below. 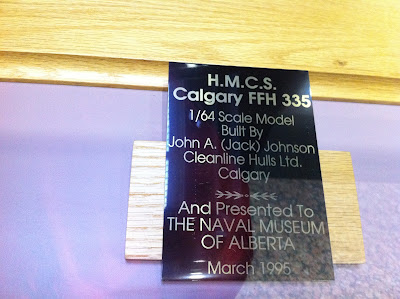 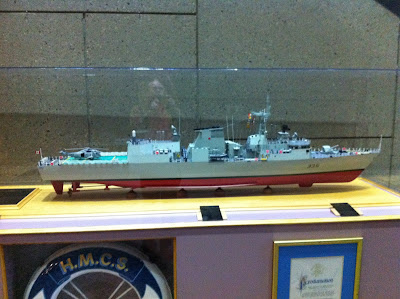 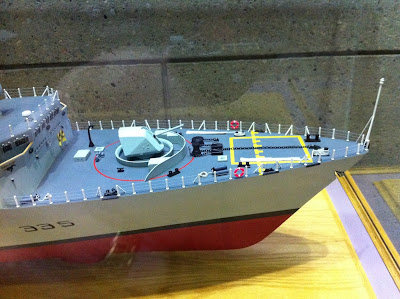 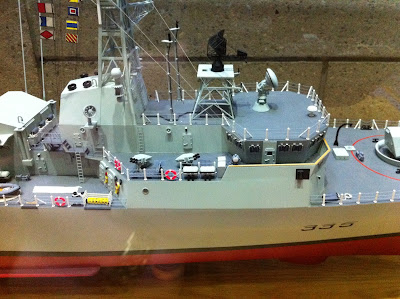 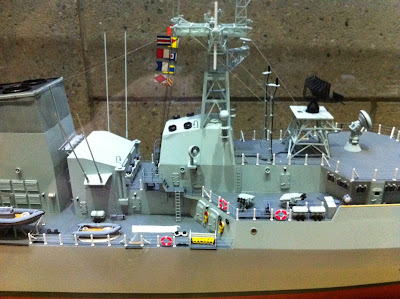 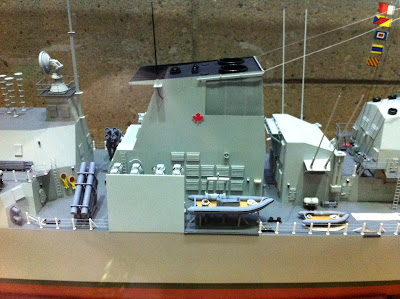 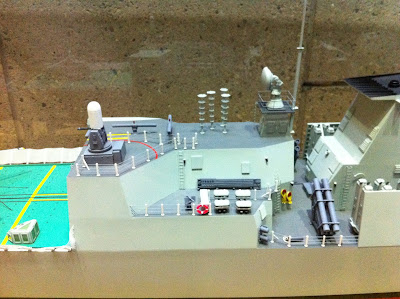 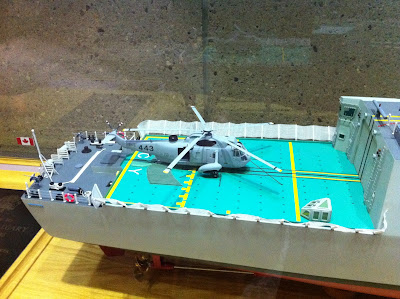 Even though it's only 7:30, I'm feeling beat and tired, and thinking seriously about going to bed. But then I'd be up really early again, and I don't want to do that. I need to think of something to do for a few hours to keep me both out of bed, and out of mischief.

Oh, and I almost forgot. The boobs rant is still moving up in the ranks, now solidly in 5th place. Long way to go till 4th.

I'm starting to research a rant about salaries. Pro athletes, I'm looking at you. I've already done CEO's. Anyone want to suggest other groups that are perceived as having excessive salaries?