An important trip with link bait

Here's the results of the important trip in my basement. 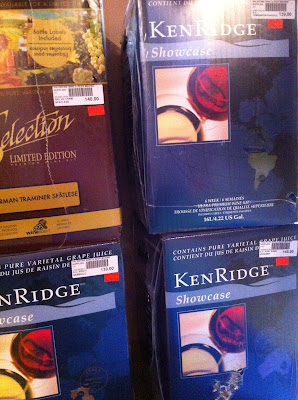 The cognoscenti among you will know where I've been, and why it's important. For the price of less than a half a tank of gas and a few hours of easy driving, I essentially got one of those kits free.

There was other good news today that makes me very happy. More about that as it develops and I can talk about it.

I was out in a surprisingly cool and windy day for 5K. No idea how fast. Just worked on a quick turnover for my feet. My legs felt really really heavy. Maybe that's because they were in a car for a good chunk of the morning. Still, I did it, which is good, and what's more, I did some core stuff afterward.

It's official. I am fomenting a revolution about the stupid tests to prove I'm not a robot. Those of you who's blogs still require such things have been warned.

In other news, Linda is feeling better. We think she picked up a flu bug from the great unwashed herd on the LRT. Let's just say the last 24 hours haven't been pleasant for me, and downright unhappy for her. But better now.

Lastly, the Bermuda post has been popular, but not near so popular as the boobs rant. Seems like Blogger has been pissy about comments from the Blackberry platform too. I got some emails from people saying they had liked it but couldn't comment. As of now, that rant is easily my most popular, in 4th place overall, between my two main Ironman posts, and gaining fast on the SUAR fan club post.