I am not a robot!

Lately, I've been collecting these. I only started taking screen shots a few days ago. 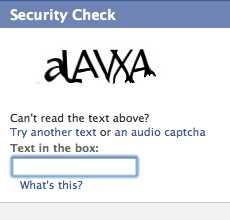 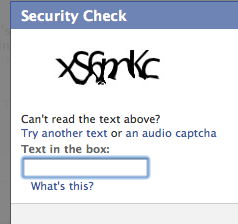 These things piss me off. I usually like to reserve my brain power, what little there is, for a witty comment that the blog owner will enjoy. Some of these robot tests take way too much thinking. I fail about 1 in 5, especially before coffee. This is a hint, bloggers!

I don't know how these are generated, and I don't know if they stop spam. Since I switched to Disqus I've had one, count 'em, one piece of spam that got through their filters. At least I counted it as spam, but others might not have. And I'm not making my readers go through that to comment. At least the damnyouautocorrect doesn't correct the text for these, that would be frustration beyond endurance.

They way I'd like to see them do goes like this. If I've logged into my own blog, the system knows who I am. From there I should be able to navigate to my favourite blogs (you know who you are) and comment without further ado. Generally the spammers want to put a link in their spam. It would be simpler to force moderation on comments with links. I think I've seen only a couple comments with links in the time I've been blogging. Anything that comes from anonymous should go into a spam bucket, for the person to rescue of they please. I've never rescued anything that came from anonymous.

In a larger sense, this leads us down the road to Artificial Intelligence. Most of you will have heard of the Turing test. The theory goes that if a person can't tell from essentially a text conversation if a person or a computer is on the other end, then the computer has achieved intelligence. There are some people I know that I suspect couldn't reliably pass such a test, and as far as I know, no computer has. Yes, I know about Watson cleaning up at Jeopardy.

A native English speaker can easily recognize a Nigerian scam letter as such, even though an English speaking human has constructed the letter. There is something fairly obviously not right about the wording. I can usually tell if a book is by a British or American or Canadian author, although the differences between them can be very subtle indeed. Again, so far as I know, no computer can produce a reasonable length of text without it being obvious. The obverse question is more subtle, can a computer recognize proper English text, and recognize Nigerian spam compared to another text with the same words? There are at least elementary levels of such filtering.

Where/how do we draw the line between a person with sub-par English skills, or cognitive difficulties and that of a very very smart computer? So far we've been making the assumption that all computer generated comments would be spam, and the human generated comments could be spam or a real comment. This might not be true in the future.

What happens if the internet, with all the millions of computers hooked up to it becomes self aware as an entity? In most of the science fiction I've read this is the nightmare scenario. Doomsday. Skynet and Terminators are only one of the more recent incarnations of this. Does this have to happen? Would we even recognize a self aware internet entity? How would we know? I suspect it wouldn't be comments on a blog, although that would be really cool.

I've already come to consider my various electronic devices as a prosthetic brain to some extent. Just like humans use tools to do things our hands can't do, we are now using tools for our minds. Contact lists is the least of it. Will this go further? People have already talked of and experimented with implanting computer parts in their bodies. Perhaps the Borg were just like us once. ( I really must find out how Seven of Nine broke away from the Borg, I'm sure it will take close and detailed investigation.)

I don't think it will take our computers getting very much smarter to start making it very difficult to set a test that human can pass that a computer couldn't. How will we ever know what is going on in a self aware computer if we ask it "how did you feel when your puppy died?" It will know that most humans would feel sad. Is it saying so a recognition of intelligence, or mimicry?

I've been interested in computers since I was a small child, and it's been interesting how they've changed. At first, they were going to be huge, entire buildings worth, cooled by a diverted Niagara Falls, complete with redundant vacuum tubes. Humans would do nothing but walk around inside changing parts as required. Instead, they've got smaller. I'm quite sure that if you handed an iPhone to a computer scientist of the 60's, (and could somehow have it connect to the modern internet) Siri would make his head explode. He might assume at first that the device was intelligent. We're at the point now where the human interface elements are by far the largest components. That and the battery.

So here I am. Annoyed by attempts to block spam that are difficult enough that I have to think about them. Soon, *I* might be one of the humans that are considered cognitively disabled, and not fit for internet converse. It would be nice if the internet itself was smart enough to recognize the traffic flowing and be able to regulate the spam automatically. However, I fully recognize that is wet dream material for the right wing Republican control freaks.

Yes, I worked out today.
Swam 45 minutes for a variety of stuff. Pool core for 15 minutes. Then another 15 minutes swim working on form, trying to be relaxed and smooth. Mostly it was good, and fell apart just near the end of the 750 m.

Home, second breakfast, then on the bike.
Warmed up 15 minutes, then a variety of stuff for 1.25 hours. Hard stuff. Stayed between 75% and 120% of FTP, and between 60 and 120 rpm, with lots of variations thrown in. As I'd get tired of a particular pace, I'd speed up or slow down, or change gears, or stand up. Lots of changes. At first it felt really good to spin at 90 rpm. Somehow I'd get there and it would become easier. By the end of the ride it was a bit tougher. I was starting to feel it at the end. Great ride, probably one of the hardest I've done. Stretched after.

Who wants to go to Red Deer with me tomorrow to get wine kits?