I sort of want to write about a world going to hell in a hand cart rant, but the world is more complicated than that. There's lots of good stuff happening too. Though sometimes the good stuff is wearing a bit of a disguise.

Linda has been digging out some of her garden art, and picking spots for me to install it. We needed to get some corner bracket thingies, and it turned out Lee Valley was the place. It's always been a dangerous place. They have a way of describing stuff that creates an instant need for a product you hadn't known existed.  Even better, most of their stuff is really good quality.

It used to be that you'd go in, browse, drool, pick up a little pencil and write some stuff on an order form, take it to the counter, and a nice person would go get it. They brought in computers to simplify the creating the order form, but I think that was a step sideways at best. The business analyst within twitched about that.

There was always some staff roaming the store, more than willing to help out. Now the computers are closed, and even the little pencils have been taken away. A nice guy at the store doorway greets customers, helps them understand the current COVID rules, (which change from day to day, from place to place), and invites them to browse and when they're ready, to take a number to place their order at the counter.

It's all a pretty good experience. We got the brackets, and installed it. Stay tuned for the art. It's a different story at Lowes. You walk in like normal, and other than some people wearing masks and some marks on the floor to manage the line up to pay, it's pretty much business as usual.

Our vet you have to call and order your food. Drop by later to pick it up, phone them from the parking lot, and they'll bring it outside. I'm told the library has a similar curb-side pickup, but I haven't tried it yet.

My dental hygienist has been nearly buried in rules. I don't care about the hair cut thing, but I need that regular visit to the dentist. She has to tell clients about the precautions. The waiver form has a dozen or so statements, and I had to initial beside each one. She was wearing a mask, an overall gown of some kind, gloves, and a clear face shield like you see industrial workers use when grinding metal. I had to swish and spit a dilute peroxide rinse before she started. The only reason she could polish my teeth was because I was the last person in that room for the day. Polishing creates aerosols, and they settle overnight to be cleaned in the morning. It seems to me that the rinse creates aerosols as well, but that's just me. Still, I get the precautions. There's days I'm grossed out by my mouth, and you couldn't pay me to put my gloved fingers in some random person's mouth, then alone work at cleaning off layers of guck. I'm going to mourn when she retires.

Overall it's quite the change. Back in the day, the hygienist profession essentially didn't exist. The dentist used tools that appeared to be from the dawn of the industrial revolution. A visit to the dentist was a trip into the pain cave, even if everything was good. Except usually it wasn't because it had been put off. I was a bit worried about it having been delayed, but all is good, and given the state of my teeth, that's excellent.

Downtown is a ghost town. It was weird walking through the lobby of what used to be a bustling office tower and see nobody. Hardly anyone on the sidewalks. But lots of people I talk to are working from home, and they (mostly) love it. People and businesses are figuring out new ways of doing things. The ones that adapt and innovate will survive.

Other businesses will fail. It's always been happening, look at Sears, 50 years from biggest to bust, which led to a rant about pensions. Or Kodak, the film company. In the mid-70's they essentially were the film and camera company. They were practically the definition of a blue chip company.They invented the snap shot. They invented the digital camera. They even marketed digital cameras. But the decline started in 2005, and the iPhone was released in 2007. They went bankrupt in 2012. Change can happen very fast, and if you're on the wrong side of it, you'll get steam rollered.

Yeah, and I could digress into a rant about Alberta. Trust me, I could. There's days I'm so embarrassed.

Shit happens. It has always happened, and always will happen. People need to be nimble and move with the times. Fighting against the change is futile. Embrace the change. Support the people who are making the change happen. Ignore the idiots that say the virus is going away, and to fix everything all we have to do is X, where X could be stated in a tweet. The world is more complicated than that. The people in a mask at the doorway telling you things, are trying to help you. They are trying to tell you things you need to know. The least you can do is be nice to them.

My changes are happening. Life is good.

Linda from a month ago. 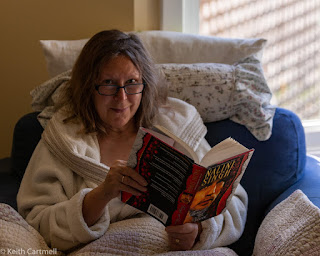 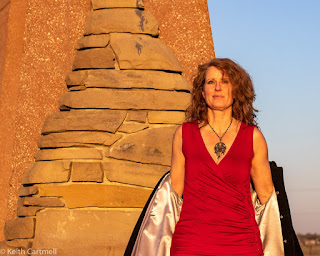 Curtis
He may not look it, but he was sound asleep. 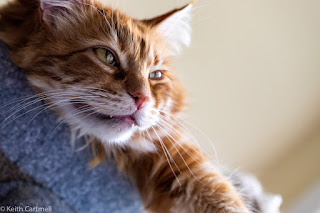 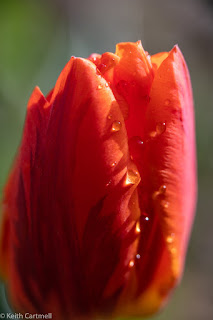 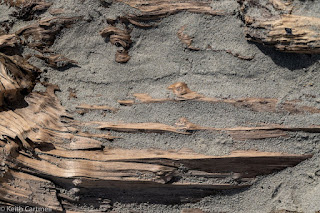 Ribbon Creek
Waiting patiently for the clouds to line up with the mountain. 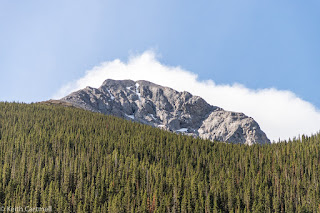 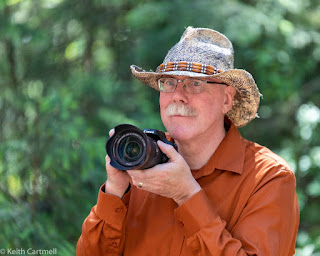