It's been a quieter time on the work front, and about time too. I've spent a bit of time keeping a low profile, charging my batteries, but I've not been a total slug. The other weekend a buddy of mine told me about a photoshoot in Fish Creek that her daughter was the make up artist for. She did a great job! They let me tag along and I got some nice B roll shots. It was fun and interesting watching another photographer at work.
Then I did my own shoot on Monday night last week. This was a bit of a challenge, since it was shot in a brew pub in dim lighting. They are mulling over the social media sized shots, thinking about which they want to use to update their web site.
Then out again yesterday in another part of Fish Creek, over where the creek runs into the Bow. A photobuddy showed up, in spite of the quite literally last minute invitation. We had a lovely stroll and catch up chat. Somewhat unusually for me, there were several other photographers around, and most were chatty. One was nestled right into the interesting part of a chunk of driftwood, looking for birds, and I didn't want to ask him to move.
I'm thinking about several projects, and am beginning to feel the creative energy returning. If you're local and looking for a photoramble buddy, let me know. I'm looking forward to some summer walks through Fish Creek again.
Working on the novel has taken a big hit. I was getting into some serious timeline clarification when the work tsunami hit. I've had some ideas about other events, and need to fit everything together. Some of the events on the time are marked 'when exactly?', because I know the sequence, just not how much time is between them. In some cases it matters.
Yesterday I spent quite a bit of time shooting ice, which can be tricky, but a few shots worked out. I liked the dancing/fighting snakes. 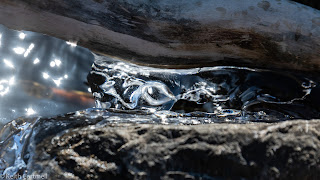 I was hoping more of the refraction and rainbow shimmers would show up. 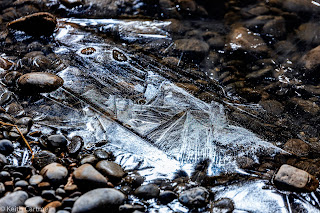 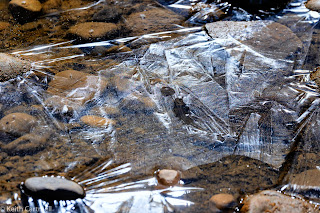 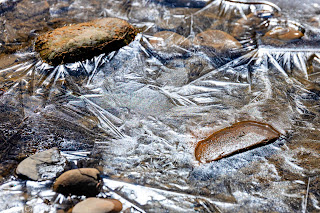 A conventional landscape for you from bridge 11. 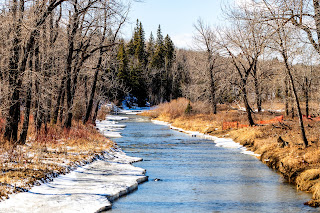 In the blog notification department, it seems that most of you were not relying on my putting a post in Facebook saying I've blogged. As near as I can tell I'm getting the same number of readers now as I was then. As always, thank you for showing up and reading! I'm missing Facebook less and less.
What I've begun to do is put a little extra in the email notification that I've blogged. If you'd like in on that action, let me know you want to be put on that mailing list. Email me keith at nucleus dot com, or text if you know the number, or even Facebook messenger will work since I still get an email for that and will check. Or Instagram, I still look at that.
Of the Day
Driftwood 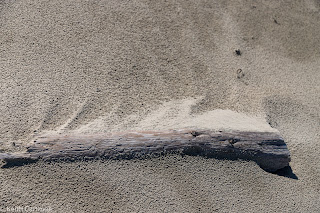 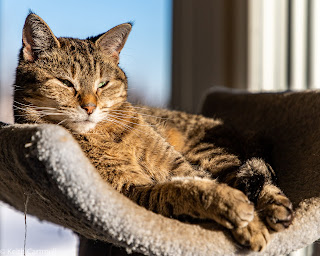