A spring walk in Fish Creek

It's still pretty muddy and icy, but beautiful in a spring sort of way. I hadn't been to that part of Bebo Grove for a while and thought it was time. I wasn't looking for anything in particular, it was mainly to get out and get some fresh air.
Lots of other people had the same idea. Several groups had fires going, and there was no shortage of kids roaming around looking for fun. One of the advantages of going in the winter is that the ground is still frozen, and you can go where it's normally swampy. Not getting eaten alive by mosquitoes is a bonus. The downside is there aren't the obvious photos. One has to look harder.
There's still snow in surprising places, like on the tops of fallen trees that are not in the shade. Or I guess I should say not in the shade now. I kept firmly in mind that all sorts of ankle breaking stuff could be hidden under the snow and was careful about where I put my feet.
The bits of actual path I was on still had lots of ice on them; enough that it's going to take at least several more days of warm weather to dry up. I saw one guy on a bike, wearing shorts, with a bloody scrape up the side of his shin and knee.
Still, spring is on the way, and that's an encouraging thing. There's still more winter coming, maybe on Monday. That might be a good hunker down day for testing a data migration. As of Sunday late afternoon it's clouded over in Calgary and the wind is howling. There's an out of control wild fire in south east Alberta that's already driven the evacuation of a small town. As of early Monday morning that's been contained and people have returned to their homes.
Here, it's been really windy and we've had a couple cm of snow, though it's hard to tell. Lets hope the flowers getting started yesterday aren't regretting that.
1. 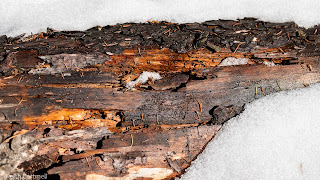 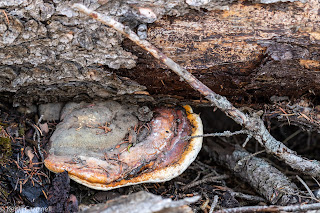 This view, for example, is a tough one to get during the summer, unless you like getting wet and muddy feet. I can't help but wonder if anyone has crawled in there yet. It would be a monumentally stupid, quite possibly fatal thing to do, but lots of other things equally stupid happen all the time.
Plus I love reflections.
3. 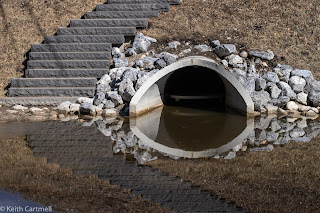 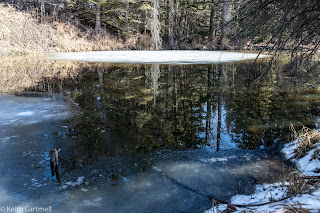 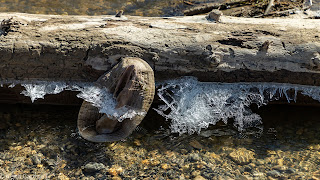 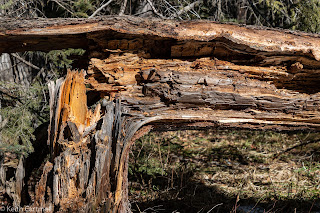 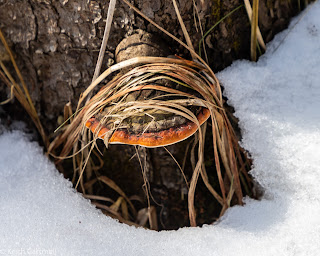 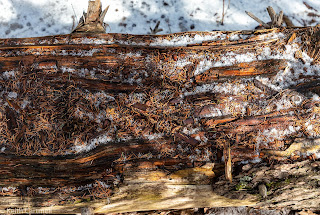 9. I was a bit surprised to see the fungus. I don't know if this is new growth, or hanging on from last year. 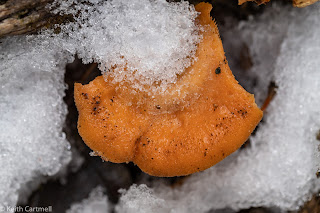 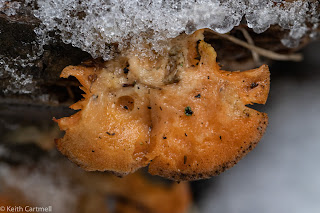 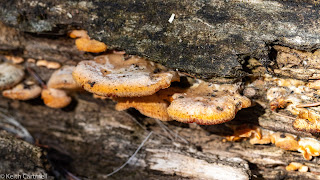 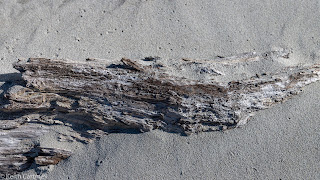 Celina got her first sniff of the great outdoors. 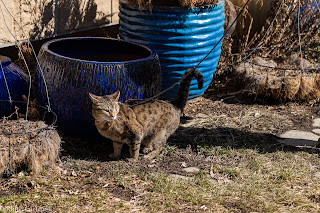 Flower
This is growing in the bed beside the garage, where there isn't much light. 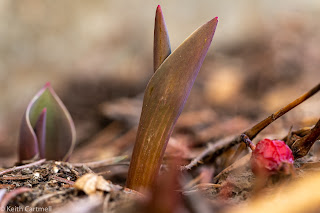