I'm being better about getting out

One of the perils of working from home is that it's all to easy to get absorbed into your work, and next thing you know a significant part of the day is behind you and you can barely stand up. I'm trying to get up more often, with idea of not sitting more than an hour or so at once. Much of what I do involves two different kinds of concentration, fortunately not at the same time.
One is the investigative, figure it out, try different things kind. This finds out what shape the data is, where the holes are, what transformative steps need to be done to bridge source and target, where those steps are best done, and how to leave footprints behind so other people can trust your results. This can be interesting, fun, and sometimes frustrating.
One simple example of a transformation is to extract the craft data from the source. This is both a letter code and a name. There is a map that says this source name matches that target name, which really maps the codes. The target only really wants the new code. But the extract data gives all steps so it's easy to see the match. Some of this can happen in SQL, sometimes in XL. Nulls and incorrect data need to be addressed. New codes might need to be added to the target domain lists. There are further behind the scenes set up to ensure everything is properly aligned.
The other is when I know what needs to be done, and there's a list of actions. Things to double check, columns to migrate to the correct place in the load sheet, transformations to be done, exceptions to be addressed. Often this isn't difficult, it just needs to be done right, and sometimes order matters. Just recently in a formula I typed 373 instead of 393, and we were wondering why we were getting some incorrect results.
In both cases it's important for me to be able to get to a logical stopping point. Much more important than it used to be. It's even more important that I not have to think about something else. If I'm trying to get task one done, and task two comes along to take over, it's more than likely that task one will disappear from my brain. When I get back to it, I almost have to start over and figure out where I was.
One guy I worked for didn't get that. I'd hand off something to him and start something else. I'd be deep into it, and he'd come back and ask about something I'd handed off. If the answer was easy I'd be ok, but anything beyond yes or no would drive the new task out of my brain. He insisted on an answer once, and then got upset when I told him he'd just wasted about an hour because now I had to go back over all the steps and get them back into my head again.
This sometimes leads me to being hunched over, freezing my ass off, desperately trying to finish something to a state I can save it and leave it. It's even worse if there's a deadline for some reason. Yes, by that point there's usually swearing involved. There's always some stupid thing in the way. After SQL tools like Toad, the MS Access interface is from the stone age. Or earlier.
Linda has been going out for a walk during the nice part of the day, every day almost without exception. I was good for much of 2020, going almost every day. This year, especially lately, not so much. You'd think that just sitting there, thinking, isn't tiring, but it is. There was one walk after a tough morning, and I was beginning to wonder if I was going to make it home again.
Still, I have been out with the camera several times lately, just walking around the neighbourhood. With all the puddles and ice there's lots of opportunity for reflections, if the light, the subject, and the water all line up right. I got several nice shots to give our community newsletter people some choice for the next cover. Along the way, this panorama of Fish Creek Park worked out. 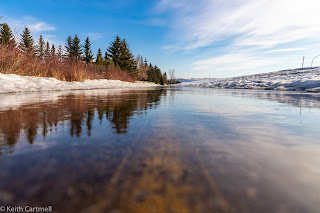 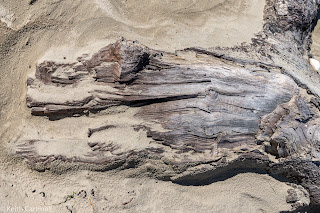 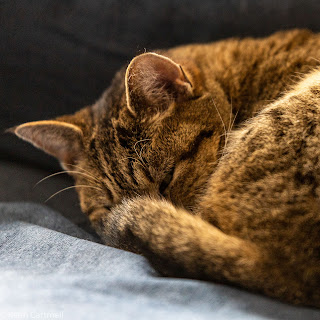 Artsy, or an attempt. This is another version of the intentional camera movement from a few weeks ago. 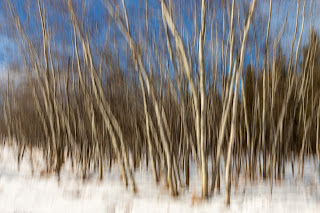 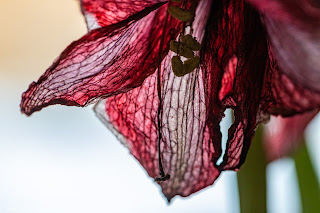