Another year almost over. Wow! This one went by quickly!

I have already responded to one AMA request. (See the festive display blog.) But there is still some amount of time for your Ask Me Anything. So send them in! At some point I'll get tired of bugging you for them, gather what I have (which could include made up questions attributed to people who didn't contribute), dip into the well of creativity, and answer. I'll warn you first so you can fasten your seat belts. You can search for earlier AMA results by using the search box in the upper left corner of your screen.

I'm starting to think about Image of the Year for 2018. It seems like just a week or two ago I dithered in agony about IotY for 2017. I've got some 19,000 photos to consider. So if you see me wandering around in an abstract haze, that might be why.

In fact it isn't that bad. Only 13 photos have 5 stars just now. I'll need to review and see if any should be bumped down to 4 stars, and look at the 4 star ratings to see if any have moved up in the world. That's obviously the short list. The toughest part will be looking at all 1545 three star (or better) shots to see if I've overlooked anything. No surprise if I have. My keywording and star ratings are sometimes done sporadically, erratically, and idiosyncratically.

Many bloggers write a year end post summing up the year. 10 best movies/books/TV shows/whatever. Bleah, not going to do that. But I might do something. Hmmm, it's the last year I can do a worst co-worker of the year. There was one of those for the few months I worked in an office this year. I didn't think it was possible, but 3 of 9 might lose her place as worst. (For those of a certain vintage, there's a Trooper song that might give you some clues.)

One last evening shot, just because it was fun to play with the wide lens, seeing how it deals with buildings. 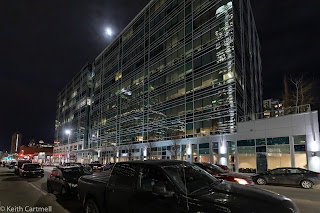 You might remember I was helping a buddy with a studio shoot a little while ago. I got a photo of my own out it as well. I liked the sunlight on Steve's artificial hair. I'm in talks with some hairy buddies about doing a photo shoot for them. Wait, that didn't come out quite right. We're all busy with many things and scheduling is complicated. Working with the studio lighting was really good practice. 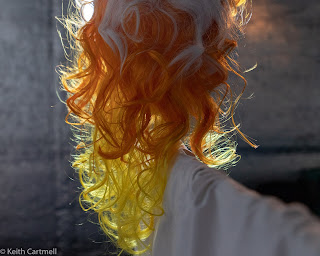 Here's another view of Steve. 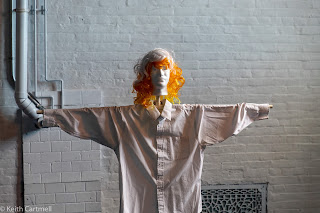