So, that marathon training thing

That officially started a few days ago. So far so good.

Monday, run 8 k 57:45. This was to be easy. No, easier than that. Except my legs were insistent on running about a 7 min K pace, slower going up out of Fish Creek, then falling back into that pace. Breathing was easy, and trying to run slower wasn't working so well.

Tuesday. Swim 500 m easy, getting back into the swim groove.  20 minutes of water core. For my newer readers you can read about it here.

I deliberately set the phone so I wouldn't hear the data chirps. I wanted to run by feel, and look at the numbers after. Warmup pace turned out to be 6:56, running what seemed to be really slowly. I was barely breathing, and hardly popped a sweat in the warm muggy Talisman tent.

Interval 2 was 5:56 pace. 3 was 5:48 pace. All this was running smoothly, breathing evenly, feeling comfortable. Interval 4 says 5:36, but I wasn't trying to run any faster. I suspect that some of the time should come off interval 3 and get added to 4, the distances are a bit funny.

Overall was 11 k, 1:09. Really pleased. Why indoors you ask? Morning thunderstorm. Not thrilled about rain, but can cope. Ain't made of brown sugar! I do not want to be out running when there is lightning. I thought about waiting, but if it rains in Calgary it's usually in the afternoon. I figured get'er done. It turns out that if I'd waited till 7, I'd have had a warm run, but then I probably wouldn't have slept well. Exercise wakes me up.

Here's some of the flowers before the most recent hailstorm. 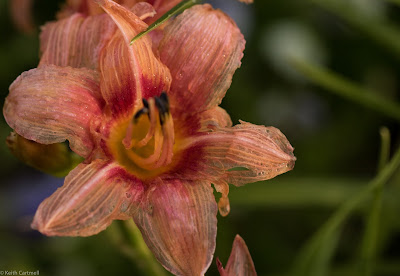 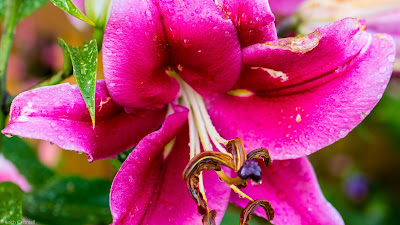 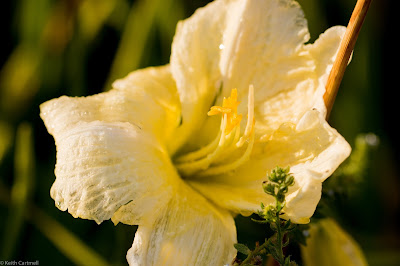