Thursday, bailed on water run, and stayed in bed till the last second. Went to bed early once home again.

Friday, puttering around the house, then downtown for an evening photo shoot. 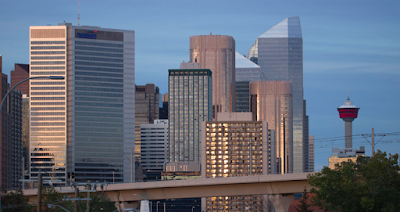 This is unedited. I started working with a couple of the shots, and didn't like any of the results. I think the manipulation was making things worse, so I've put it aside till I'm more awake.

I was astonished at the traffic downtown! The people who say it's empty after the office workers go home don't know what they're talking about. It took a long time to drive from the above shot to the bluff just north of downtown, and got some nice shots there. Watching two guys get into a fist fight over a parking spot (there was another a few yards along) was the highlight of the evening.

Then over to another spot for more shots. My eyes were getting tired, and the focussing wasn't going so well. Between shots I could just see the Globalfest fireworks. Home to bed. Once I edit the shots and clean them up I'll post the best of them.

Saturday up early for a 24 K run, 2:58, 7:26 pace, which is much slower than last week. Not sure why, but maybe having no gas in the tank was part of the reason. Good thing Michelle was there to keep me going. Waffles, shower, then a nap for a while, and I was good for not much the rest of the day. The loop the loop course probably doesn't make much sense now, but it did at the time. 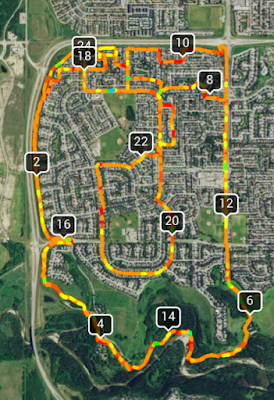 Sunday, good for not much for the day. Relaxed, read, and was a cat bed for much of the day. A bit of MCK and stretching out tired hamstrings, and a sore lower calf.

Back to work tomorrow. Only a few more days. I can do this.