I think the lifeguards at Talisman are getting to know me. There I was, squinting at the whiteboard that tells us where the public lanes are, when one of them came up and told me where Katie was, and which lanes were open. I call THAT customer service!

The dive tank is warm. Water ran with Katie till she had to go, then I had the whole 25 m pool to myself. It was cold. A weird thing happened during my swim though. It was feeling really good, then just before the 500 m point it was like a bomb went off in my nose. Suddenly breathing was very difficult. Even though I wear a nose clip, it felt even more constricted than usual. 2x50 m on 1 minute, 42 seconds, 46 seconds and totally out of breath.

The wind had really picked up while I was in the pool, making getting into the car a bit difficult. The parking lot is ice, and the wind caught the door. Good thing I was paying attention and have good balance. Much like spring time in Calgary, it snowed off and on, mostly on. I was dreading the roads, and sure enough they got worse as we got closer to home. Our driveway and sidewalk had anywhere from 4 to 8 inches. Most of it light and fluffy, but I've got a lot of shoveling just now.

I'd originally been planning a spin session, but an hour of steady shoveling beat up that idea, and tossed it out to lie slowly freezing to death in the snow. They are saying it was the most snow for a December in a century, and it hasn't slowed down much in January. 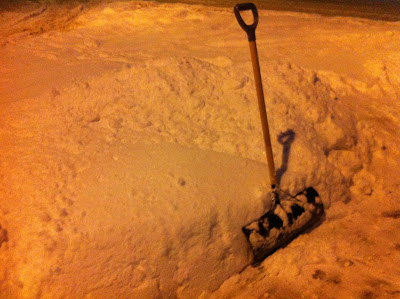 There's the sidewalk towards the back alley. There is at least a foot of snow on our lawn. 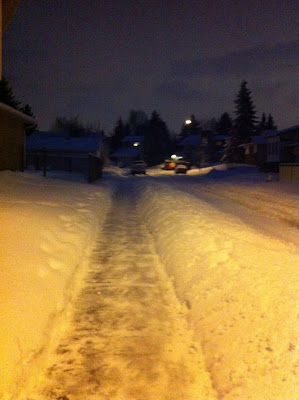 I'm not even sure how deep this is. If it was packed down a bit, I'm pretty sure I could build a little snow cave there. Perhaps I could persuade a polar bear to take up residence. 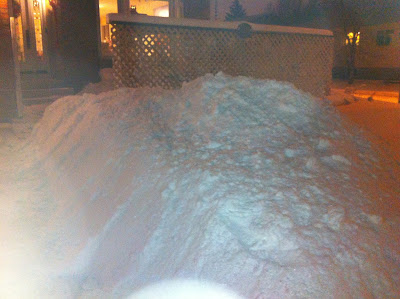 We forgot to take in the two lawn chairs, and they're just about buried now. 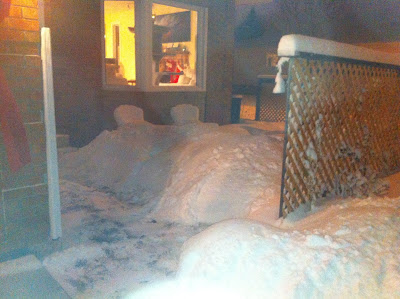 There's the other sidewalk I shoveled. 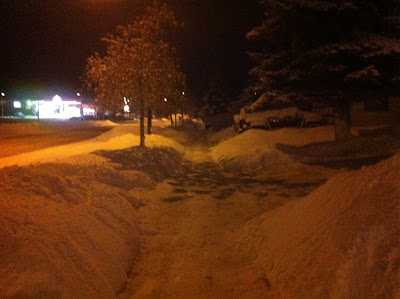 But. BUT BUT BUT!!
Look at these temperatures for the rest of the week! Our roads and sidewalks are going to be beyond a sloppy enchilada. 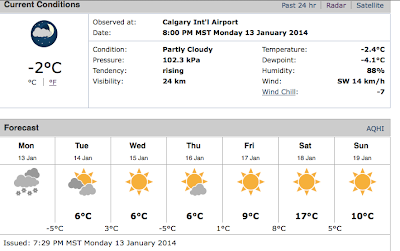