The ring road construction proceeds, 24 hours a day. Sheesh. We get the clank clank clank of tracked vehicles, the beep beep beep of reversing vehicles, and the occasional scrape of steel against rock. That's from 700 m away, past lots of houses. I can imagine what the people living right next to the berm must be going through. The road is much higher now, so the berm doesn't offer much sound protection. So yeah, I get why I have some cranky neighbours.

Plus Curtis singing the song of his people last night. All night. There was no harmony with the construction vehicles. I'm hoping his throat is ok this morning. He often has a bit of a raspy meow, and it was in full throat. Some of my readers might remember our previous big orange cat, Sebastian. He sometimes sang the song of his people at night, but it was almost nice to listen to. He had a very melodic voice, and an excellent repertoire.

The basement tidying proceeds apace, sort of. In some ways it's a giant puzzle game. I excavated the desk I wanted, and there is now space for a storage unit, which is the current home of the old Mac Cube. You can see a photo of it in this post. I fired up the Cube, just because. It has a 20 GB hard drive that is about half full. Just for comparison, my smallest SD Card for my camera holds 32 GB and has room for about 860 photo in RAW format.

I'm still having trouble coming up with a practical use for it, so I was thinking about putting it back in the box. I still have the boxes for the computer and the monitor. But there's the problem. The monitor box is easy. I know where the computer box is, but getting at it is a major problem. A whole new excavation sub-project in an area I hadn't wanted to touch for a while. Everything that comes out has to go somewhere at least temporarily, and that somewhere is almost exactly where I want the storage unity to end up. Sigh. (Anyone want a functional Cube, running OS 10.4 or so? Going once...)

Meanwhile, we had summer yesterday. There was BBQ rack of lamb and red wine on the patio (listening to construction) and talking about (the lack of) travel plans because of the virus. Our thought had been sort of to visit Nova Scotia this fall if we could coordinate putting the garden to bed and the fall colours. All that is on hold now, and nobody knows for how long.

There is a lot of that going around now, wondering how this situation will go on in the general sense, and in the micro sense, when the pool will re-open, as well as any of the remaining businesses that are closed. I'm going for a coffee with some buddies this afternoon at one of my favourite coffee shops. (Lazy Loaf and Kettle, if you're curious.) I have never been there when it hasn't been at least busy, and often full. There is a patio but it's clouding over, so I'm not sure how that will work out.

In fact, there are many things I'm not sure about, but we'll figure it out. Both in the seating for the coffee shop, and in the societal sense. Some kindness and consideration will go a long way.

From a road trip a year ago. 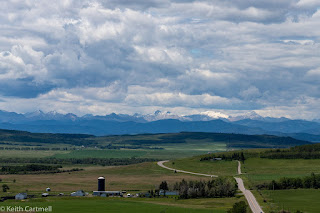 One of the roses posing beside one of the big vases. 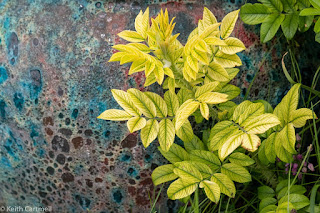 Another Yukon scene. Another trip that seems like yesterday, but in fact is edging up to the nearly a year ago time. 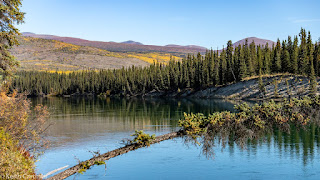 Of the Day
Michelle
The setting sun in her hair was really quite special as we experimented with shots. 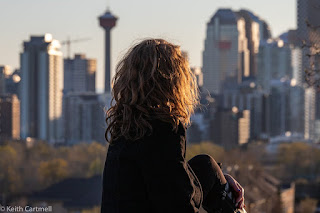 Celina
I'd been sitting there reading, with her resting up against my head. Then I got up and she snoozed. The slitty-eyed look appeared when I came back with the camera. 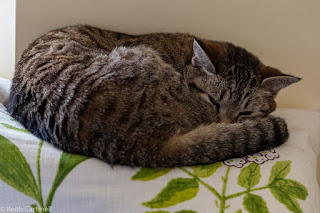 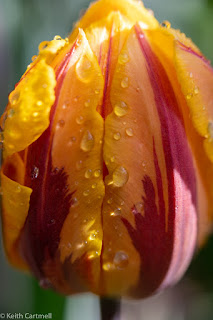 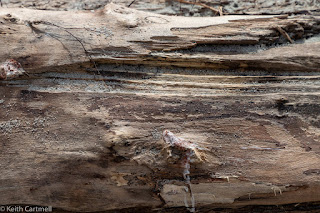 Ribbon Creek
Still near the trail head, well before the bike rack. 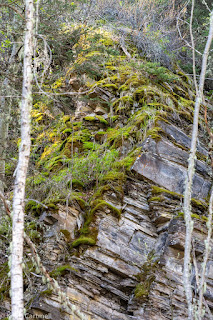 Me
Early in the shoot, still trying to figure out stuff out. 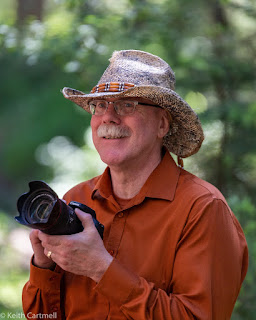