If you've been following along you know there are big changes underway. I don't even know what they all are yet. But I will. Starting small. I like to metaphorically clear the undergrowth before starting a big project. That way when you get in the groove you don't get hung up on the shrubbery.

A bike ride with a buddy is on pause. Appointments take so much longer than they used to. Just waiting in line. During the nice weather that's not so bad. I've had some interesting chats with people as we wait. But this social distance thing limiting the number of people inside a place is going to get really old, really fast, when it's thoroughly winter out.

So I was down de-cluttering some of the old workout clothing. Old bike shorts, ripped, torn, thoroughly tainted stuff are going in a recycle bag. Various tech shirts that are mostly unworn in lots of years, or that don't fit right, or have horrible material, are going in a Value Village (or the like) bag. There were 18 no brainer into the bag it goes shirts. 18! Another 18 I need to think about a little, at least. How did I end up with 36 tech shirts for bike and run workouts/races? How many do I actually need? That's a start on some undergrowth.

Some of the change is visioning. I've talked to some people about doing Ironman, and they say they couldn't possibly see themselves doing it. That lack of vision is the first thing holding them back. Doing Ironman isn't difficult, after all, swim, bike, and run, three things a child can do. It's just hard to keep on doing them for a really long time. When I started this whole thing so long ago it seems like yesterday, it seemed impossible. By the time race day came around I'd routinely swum more than 4 K. I'd biked more than 180 K several times. But I had never run 42.2 K at once. Race day was the first and only time I've done it.

That's part of the reinvention challenge. Pick a big enough goal to be worth doing, to invest yourself in. Be able to break it down into pieces so you can see some progress and enjoy a sense of accomplishment along the way. I'm looking forward to the choosing and doing.

Here's the 3 month old photo unblogged photo. Linda on the beach. I think this is Hahei, as is the Artsy photo below. 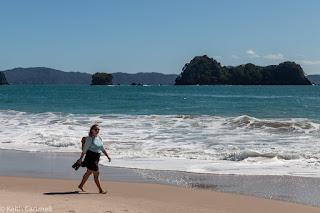 I have no idea how that traffic cone got up there. It's still bright orange, so I don't think it was placed on the tree when it was little. I suspect someone flew it up there with a drone. I admire their sense of whimsey. 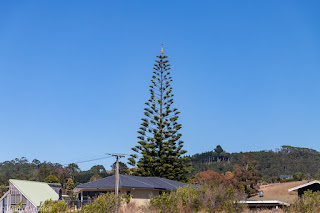 Here's one of the little projects along the way. This used to have some bricks holding the soil, but Linda wanted to put in a plant that needed more room. I managed to use up some scrap wood in the doing. 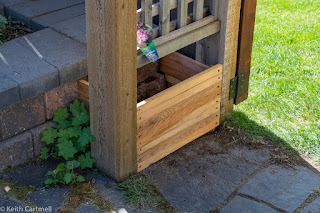 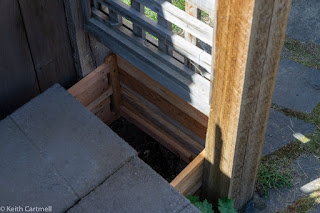 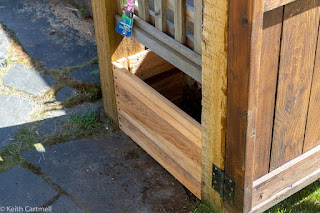 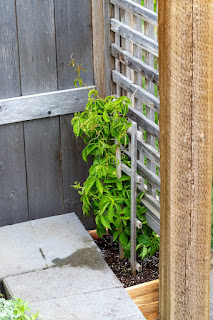 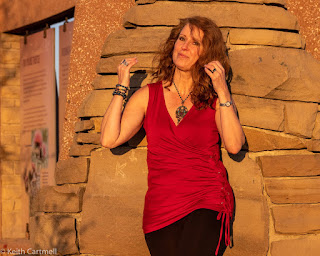 Curtis
He makes the cutest wheezy noises when he's asleep like this. 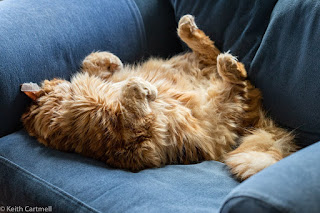 Flower
I love it when the tulips glow in the morning sun. 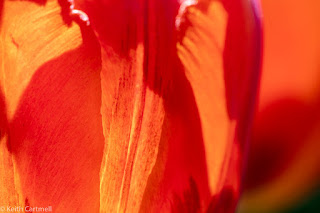 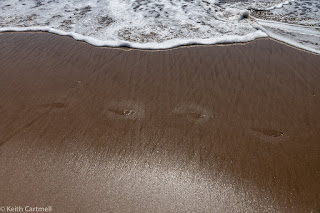 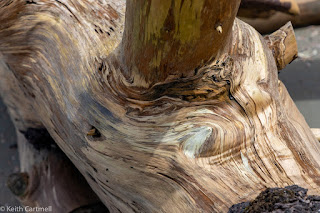