The start of the experiment

The other day I alluded to an experiment with film photography. It has begun. First, a big thank you to Sean's generosity in lending me all this. 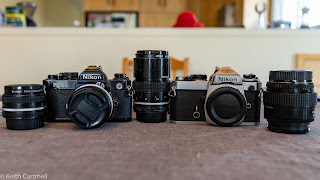 I bought some film (Ektar 100 and Ilford Delta B&W if you're curious) and batteries, reviewed the operator's manual (refreshingly short and to the point), loaded film, batteries, and the 50 mm f 1.4 in the FM2, and got started. A couple garden shots, then a walk in Fish Creek to bridge 2. The shot I had in mind isn't quite there yet, with the trees still mostly green.
Of course you can't see the shots. Neither can I, though I did look at the back of the camera after clicking the shutter. I'll finish off the roll in the time it takes to finish it. I've got a place to get it developed, and a scan done of the negatives so I can see it on screen. If any of them are worth it I can get a big scan of that shot to import into Lightroom and show you. Don't anybody be holding their breath.
The main idea is to find out what it's like to shoot film, how the image differs from digital. Try a different way of doing things. Slow down and think about each shot. In yesterdays walk, if done with digital, I might have taken several hundred shots, since there was a semi-cooperative dragonfly looking for a moment of fame, and probably edited half a dozen. I actually clicked the film shutter 5 times with the intention of making a photograph.
First impressions? Even though the body is made of metal, it's light and small compared to my main digital camera. It will fit in the pocket of my camera pants, as I think of them, though it isn't terribly practical. It's a manual focus lens, so that's taking a bit of getting used to, but that helps the composition process. Maybe if I get organized I'll get a shot with the current digital beside the film camera.
If I had another method of metering light, (such as a phone app, or a dedicated light meter, which probably does need a battery) I could take the batteries out of the camera and it would still operate. Imagine that! A portable device that doesn't need a battery.
Even though I have several lenses, I think I'm going to stick with the 50 mm for now. I've got black and white film too, that I'll put in the FE and think about what lens to carry around. That will be a challenge, to think about the world in B&W.
There is no intention of creating comparison shots between film and digital. That time has long passed, and I don't have the skills to deal with all the variables involved to create images one could compare. My intent here is to learn to do it first, and then attempt to create beautiful images using an older technology. They will almost certainly be imperfect compared to digital images, but that's part of the charm.
The digital camera will not be gathering dust. Far from it. I have two events to shoot this weekend. A buddy and I are flanging up details for the 50 shoot, and maybe a gussied up version for herself.
Of the Day
Driftwood 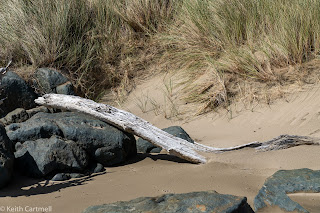 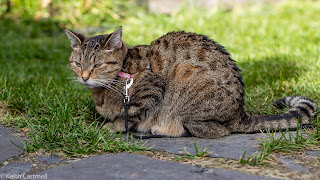 Flower
The dahlia enjoying the last warm days. Look for the ant. 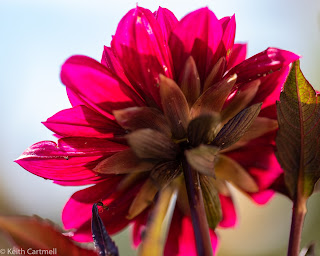 Peony
The red one, working hard on trying to get the colour right. 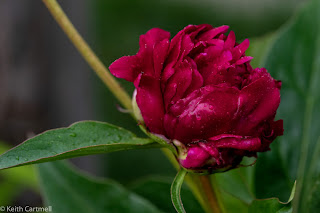 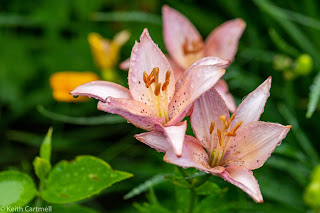 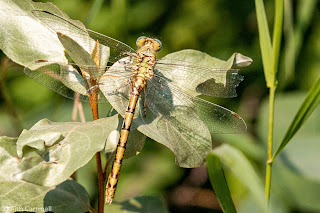 Eagle
I'd be damn careful about waving unprotected fingers in front of the eagle. 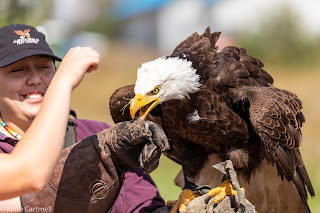 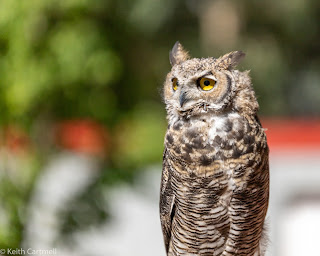