Yesterday Sean and I met up near the Banff Springs hotel, then drove his truck back to Canmore and up past the Nordic Centre to the Goat Creek trail head. It said 18.5 Km. It lied. It was almost exactly 21K according to my phone.
It was a lovely day for a walk back to where we left my car. This isn't intended to be a Km by Km description of the trail. We were amused that the map at the start of the hike was not of the trail we were going to be on. No worries though, it would be difficult to get lost unless you deliberately walked well off the trail and paid no attention to where you were going. Mostly the trail is crushed gravel and is wide enough for a small car. Well, except for the bridges. There aren't any really steep hills, even, it's mostly flat.
We had a quiet and peaceful walk, with only a few runners and maybe a dozen cyclists showing up along the way. The interesting vehicles were after beer on the patio. A couple guys parked next to me were getting ready to ride those one wheel boards (I don't know what they're really called) along the trail. We chatted about how they worked, which was all new to me. The one guy routinely goes 35K or so between charging up the battery. Since the motor can charge the battery during braking the range is dependent on terrain.
The trail near Canmore is the interesting end, and that's where most of the photos happened. There was one weird one, where I was shooting a photogenic stump against a nice background, and it looked like the lens had fogged up. Turned around and shot something else, no fog. Back to the stump, fogged. Except my eyes couldn't see it. No idea what was happening there.
As it turned out, I didn't really need the other lens, so carrying was a waste of energy. Except if I didn't have it, I'd have wanted it. All these are shot with the 70-200.
The last time I did a half marathon it took 2:41 or so. This took almost exactly 3 hours longer, but then again, I wasn't trying to run. Which is still better than the usual pace for a photo ramble.
1. 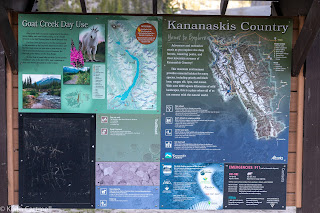 2. Yes, I'm still in love with distressed wood. There's lots of it. 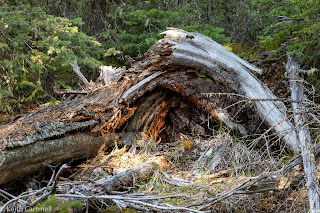 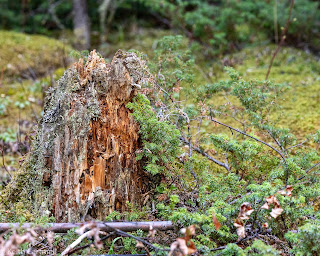 5. Sometimes waterfalls, but I don't have much luck in making them look the way I want them to look. 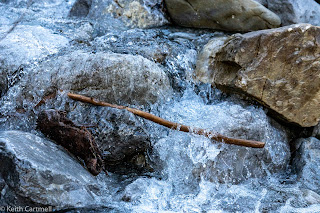 6. Micro-landscapes are fun when I find them. 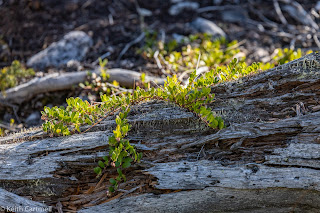 7. This is the 'fogged' shot, considerably cleaned up in Lightroom. 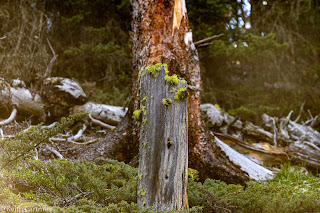 8. This is across the path, and needed essentially no work in Lightroom. 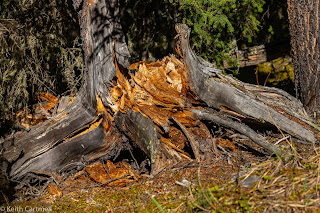 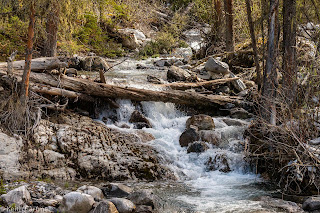 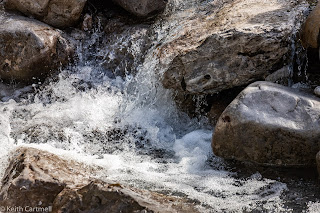 11. We stopped to have a snack and work the area for photos. 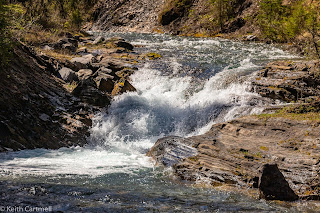 12. Mountain views. This is the back side of Rundle, I think. 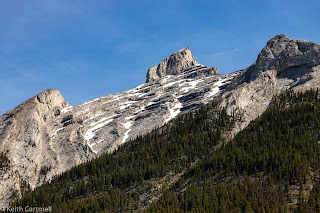 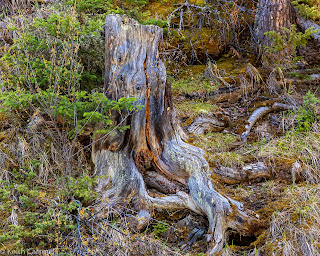 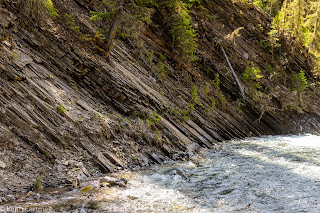 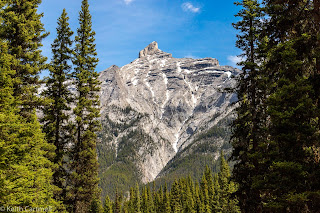 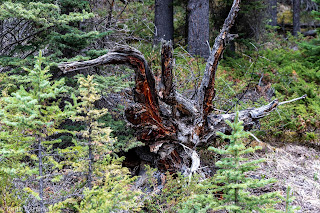 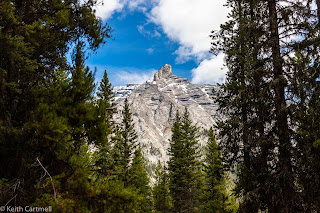 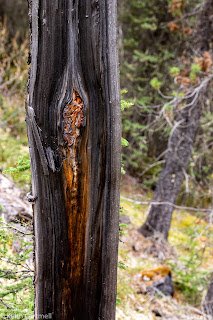 19. The one shot where I wanted the 150 - 600 lens. This is already cropped in quite a bit, shot across the stream to get the dandy lion growing out of a crack in the rock. 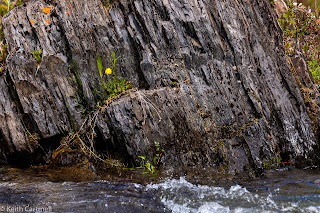 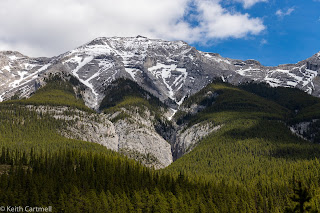 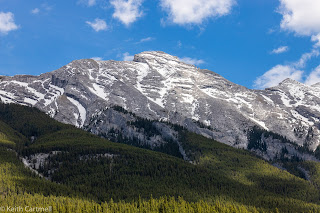 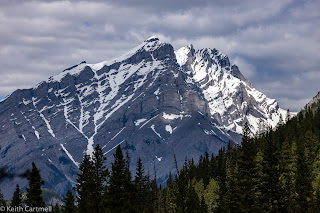 23. I was surprised at how much moss there was. Many of the shots didn't come out like I wanted, but this one did. 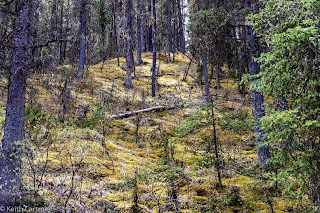 24. The dome on the Banff Springs patio. It's been a great many years since I've been here. We had a wonderful and well earned meal and beer not far from the dome. Given the price, though, it's likely to be many years before I visit again. 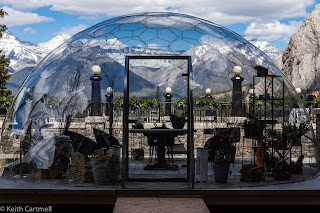 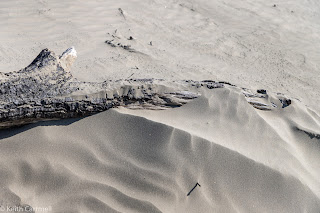 Celina, grumpy about being outside on the harness. 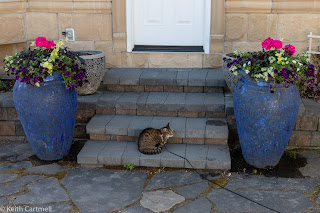 Flower. The tulips are really working it lately! 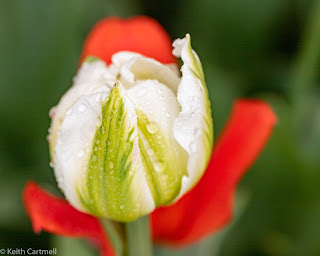