The libraries are open again! That's one of the things I really missed. Yes, I sometimes put specific books or discs on hold and pick them up later, but somehow it's just not the same as browsing in person. I can't really look at a title and author and remember if I've read it or not. But if I can pick it up and browse for a moment, I'll know. Almost always. New editions sometimes mess me up.
This book was a surprise. 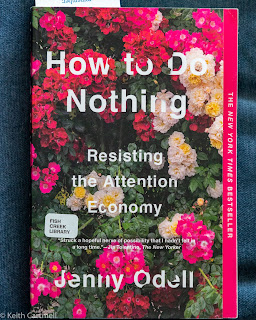 Being a guy, I thought I had a pretty good grip on doing nothing, even without using the excuse of fishing. All my life I've thought it was important to periodically sit and let my brain run in neutral for a while. Maybe that's why I don't have many lines on my face, when some other people my age have deeply grooved character marks. Maybe I don't have a  character to create marks. Whatever.
But this is a literary journey through do nothing. Following all the connections is actually a bit tiring. Part of the trick is not to do nothing by withdrawing completely from the world. Typically that doesn't work so well. Neither does being fully immersed in the attention grabbing scare headline of the moment, always chasing that next tweet or email. That way madness lies.
When left to themselves people can decide what to pay attention to. That's really important. Our brains construct the world around us from the signals sent to it by our senses. But it's a trick. We get an overwhelming amount of data, and our brains pick and choose what to pay attention to.
For example, our vision. We think we see everything around us, and that is not true. Our actual vision is a small patch that moves around quickly, unless you stay focussed on something, and even then you'll stop 'seeing' it if it doesn't move. We have an actual blind spot in our vision due to how our eyes are constructed. In between the patch of acuity and nothing, is memory and reconstruction.
Thats why so many people demonstrating driving incompetence say things like "I never saw" or "All of a sudden", because it's true. They were looking at something when something else more important came into what should be their field of view. Maybe they were distracted by their phone, or their kid, or were focussed on something actually important in front of them, and missed the something really really important that was just happening and bang. Oops.
Something similar is true for hearing. We might listen to a song and think 'that's catchy, I like it', and not know why. When we put on headphones and actually listen with eyes closed, we hear all kinds of stuff we didn't before, because we're paying attention. The brain is processing that information and ignoring other stuff. Which is good, as long as you aren't driving. People in the biz will hear even more, because they have trained their brains to pick up on all kinds of subtle stuff.
Our brains have an amazing ability to process information, but it's not unlimited. Once something has captured our attention it's harder for something else to get processed. Sometimes that good, like when you're dealing with a dangerous predator and the brain is ignoring what might be quite a serious injury under other circumstances. Sometimes it's bad, if your brain is full of work emails, and inconsequential social media blither, and apocalyptic news headlines, you might miss that your kid wants to talk about being gay, or a creepy boyfriend, or how they aren't feeling well, or something else really important to them.
The book doesn't get into this, but your brain and body are closely related. Yes, one carries the other around and supplies it's needs, but that's not what I'm getting at. Our bodies have evolved to go into an overdrive state in an emergency. The brain hits the big red button because all of a sudden there is a big furry predator RIGHT THERE, and it's likely to be hungry. Adrenaline gets dumped into the body, and there's a bunch of other changes in that fight or flight reflex. Afterwards, if you live, there's the aftermath.
But the same things happen even when there isn't a predator. In today's world, there are people who make money by triggering you into pushing that emergency button. Again and again. News organizations on either end of the political spectrum know this, and have been amping up the fear for longer than I've been alive. Something new, something old that's worse, some connection between things that means IT'S WORSE THAN WE THOUGHT!!! And so on, again and again.
You are galvanized into action. Again and again. You donate money. You raise awareness. You volunteer your time. Something. Again and again, until you can't take it anymore and you burn out. Apathy. Drug abuse. Divorce. Suicide.
You have to stop. You have to take control, and decide what to pay attention to. It's harder than deleting your Twitter or Facebook account. It's probably right up there with kicking booze, or cigarettes, or heroin. There is no simple 10 step program to detox. You need to place those things in context with your world, and prioritize accordingly, and that's really hard. Smart (but misguided and devious) people have put every effort into making it hard to not read that next tweet, or not respond to having your buttons pushed.
It's going to take work, and some people are going to get on your case about it. Screw them. Figure out who is important, your spouse, your kids, your parents or siblings, your close friends, and start relating directly with them. Someone with a scattered family might take steps to stay in touch using Facebook, but by building a private group to avoid the ads. Someone else might decide that Facebook is worth only a specific sliver of time, or would be better if they pruned their friends list, or their Twitter feed list.
All in all, a thoughtful read, kind of apropos now that I'm figuring out what to do with my time.
The book cover. 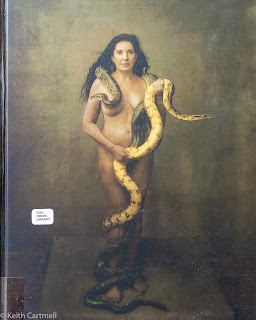 The spine of that book, so you know what I'm talking about. I've made one pass through it, and it was interesting. These portraits are more about the context of the person, than the person themselves. Which isn't where I am, just now. Still, those photos didn't happen by accident. There was a process that led to that subject, photographer, and camera together in that setting. (Who WOULDN'T take a call from Annie Leibovitz about a photo shoot proposal??) There are likely to be many other photos that were not chosen, and I'd almost be more interested in seeing those. 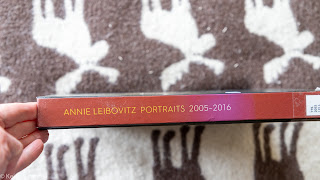 The least of the books. I started reading, and very quickly started saying, "All right already, I get it." Then there was more. And more, all about how humans and corporations are bad for the planet and the other species we share it with. Which is true. Some of the pictures are lovely. Some not. Remember what I said about the other book, and button pushing? 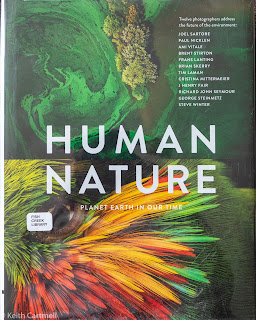 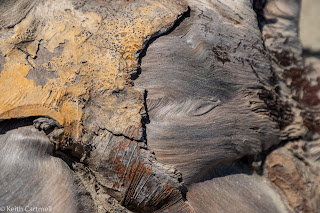 Flower
Ok, so this is nothing special as a flower photo. No dramatic light, no water drops, no artistic angle, no little critters on it (at least I didn't notice any). So why? It's the first rose bloom this year. Lots of others along the way. 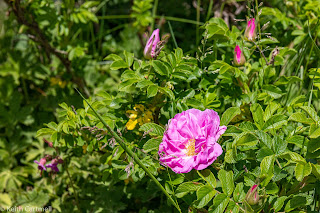 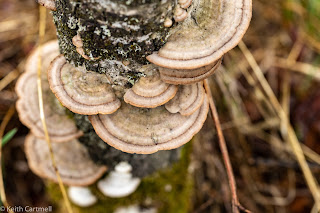