Fun stuff first. The garden is beginning to burst forth. We are worried about more winter, but the flowers don't seem to care. Maybe they figure they can deal with whatever comes along. I'm not sure I can. It's been a long winter and I'm sick of it. We've been having the sort of days where the number on the thermometer says it's warm out, maybe wearing a windbreaker jacket sort of weather. Except there's a raw wind that makes going for a walk kind of nasty.
The first first is several crocus are blooming in the front patio. It wasn't so long ago, (like a couple days) that specific spot had ambitions of being a glacier. Now we get this. 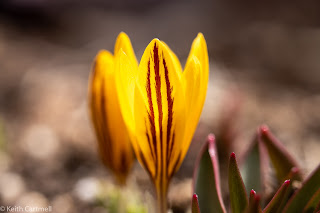 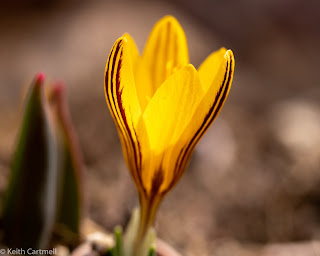 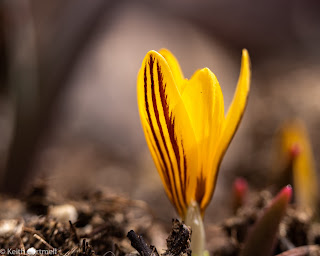 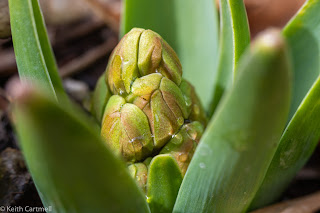 These little blue guys have typically been the first out, but they missed by a day. 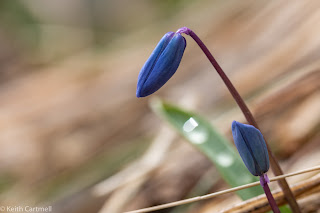 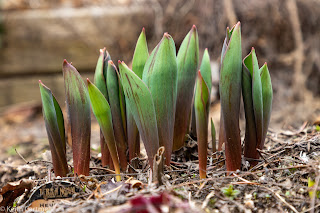 Linda has got the green netting up to protect the tulips. Sometimes it makes getting flower shots tricky, but it's worth it. The tulips are so beautiful. Last year I got some wonderful photos and I'm hoping to do even better this year.
Another first was our first vaccine shot. A buddy told us about a pharmacy that got an unexpectedly large amount in, and was doing walk-in shots. We called to confirm and zoomed off. No muss, no fuss, easy peasy. Go get yours, if you haven't already.
Not that we're going to relax. The apparent ease of transmission with the new variants has us a bit spooked. It seems that the aerosols hang in the air even longer, and are more infectious. Next they'll be telling us that it can grow in the mucous fluids of our eyeballs, and rub your eyes then mouth, and bingo. Sick. I haven't seen anyone wearing a full face mask with the heavy duty filters, but I figure it's only a matter of time.
Maybe this is a bit of schadenfreude, but I laughed out loud when some of the UCP caucus published a letter complaining Kenney was doing the wrong things and cracking down too hard. They are pandering to their base, of course, which Kenney has been doing all along. But the base is wrong, and Kenney isn't actually stupid. He can see the trends and the projections for what will happen to hospital beds, or rather, the lack of them. Now he's trying to quell the rebellion, and like everything else, doing a half-assed job of it.
Whatever political ambitions he might have had are done, pending some extraordinary sequence of events. The rabid base thinks he has weenied out and won't vote for him again. Most of the rest of us look at his consistent series of mis-steps and lies and wouldn't vote to let him run a fruit cart.
The problem is that it's 2 years before we can vote him out, and that's a long time. He's done a lot of damage already, and will do more. With all the dirty tricks he pulled to get into office, it's a safe bet that anything goes will be the rule to continue to keep his snout in the trough, rather than go get a real job.
Of the Day
Driftwood 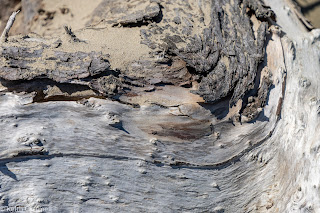 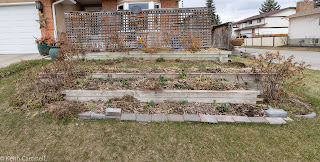