The bees are back

Regular readers know that I like to photograph bees. It's quite a challenge with a regular lens, and gets harder as the magnification goes up. These are the first shots of the year, and it's pretty obvious I'm out of practice. Stay tuned, there will be more, especially once the mint plant gets going. The bees love that, and that purple shows up so well on camera.
We try to have a bee friendly garden, so it's nice to see them out. We worry there isn't much for them to feed on so early in the year. The hyacinths are just about the only blooms on the go just now. A couple of daffodils are just about ready to burst out. They're a little tougher to photograph now as Linda has had to put the green netting on to protect the tulips from the rabbits and deer. 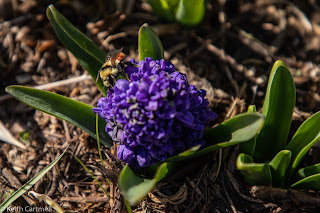 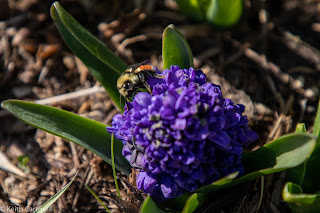 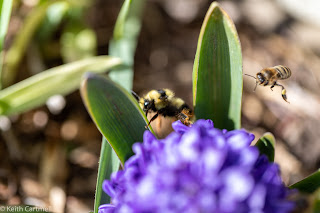 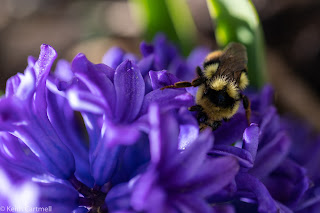 Of the Day
Driftwood
Same chunk as here, but different composition. I think I had been intending to merge them into a wider image, and either I forgot, or it didn't work out. 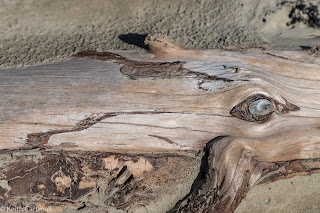 And in fact, because I'm almost retired again, I went back and tried. Here you are. Several panorama merges that hadn't worked out then, now do since I put more memory in the computer.

Celina, another of the recent series of her writhing in the sun. 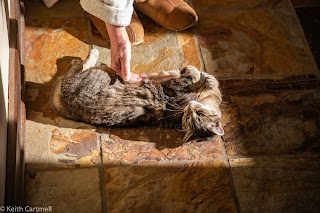 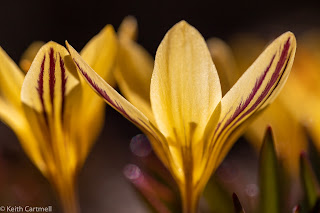 Artsy, not a shell. 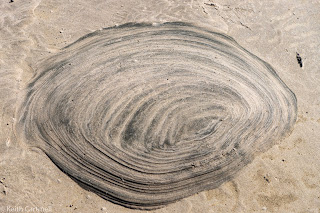