Looking back a bit

There is no method to my madness when it comes to publishing photos. Sometimes they are hot off the camera sensor. Some might be a few days or weeks old on publish if I've got a set in mind, like the Allium Episode. (I got all confused looking for it, thinking the title was 'the day of the allium'.) Some might languish in the edited folder and never make it to the blog, and I discover it a while later. Sometimes I'll be going back through Lightroom looking for something, find something else, and wonder why I never edited it. Although I've since learned to look at the other photos around ones like that. I once spent some time editing a shot into something really quite nice, only to find the photo I'd taken a moment later was nicer, and already edited using less effort.

Which leads me to my thought of the day, relating to editing photos. I've mentioned that a light touch is necessary when editing flower blossom photos. Some very few of my shots need almost no editing at all, and that usually pleases me. I've been musing over the concept that a photo with less editing is a better photo, but I'm not sure I really believe it. I often see photos that appear to be over-edited, and look un-natural. (I've done this occasionally, for specific artistic reasons, or so I say to myself.)

There are those who would argue that a ray of light landing on a sensor already goes through significant computer processing before I even see the image on the camera screen, let alone the full sized computer screen. More editing in Lightroom is just more computer manipulation.

My thinking is that if I see the image in my head before I take the shot, and tweak the camera settings to better match that shot, then less editing would seem to indicate that I'm getting better at using my camera.

This is all quite aside from what makes a 'better' photo. Photographers and artists and viewers have been arguing about that since it was invented.

Your thoughts? Is less editing better?

Anyways, here's a photo from a week ago. I've no idea why I didn't include it when I did purple earlier this week. 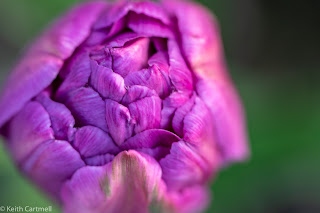 This one didn't exist when I did yellow. 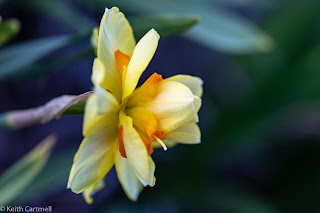 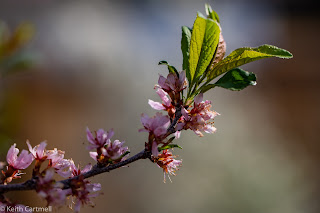