On the other side of the camera

I've known for a long time that the camera does not love me as a subject. That's one of the reasons I'm so comfortable behind the camera, is that if I'm taking the photos, there aren't going to be any of me. The camera loves some people. It's not a matter of being good looking. There are some decidedly not attractive people who are camera magnets, and the opposite. I'm not quite sure what it is, though I know it when I see it.

What with a house fire when I was in grade 5, there are extremely few photos of me younger than that. On the order of a dozen or so. Maybe 2 dozen max. Even after, there aren't a ton of photos. Even rarer are good photos. Most photos of me are like one of those celebrity cardboard photo props you see people posing besides, except I'm glassy eyed, slightly out of focus, and leaning a little to the left.

Once I started taking photos of people at events, rather than just things, I realized how much fun it was. What with events, a family shoot, and our own photoshoots, I've ended up with more photos of Michelle than any other single person. She is an obliging model, willing to humour me as I learned how to use a camera. Plus, it's hard to take a bad shot of her, since she's one of the people that the camera loves.

During our last shoot she worked really hard encouraging me to get onto the other side of the camera. I've sometimes wondered what that would be like to actually model, rather than be photographed unawares as I did stuff. She offered to help me through the process.

So today was the day. We packed up the gear and a good thing we brought bug spray. We found some great natural light in Fish Creek. I had some different hats and shirts, and my backup camera body as a prop. It was more fun than I thought it would be, and they turned out far better than I expected. Not that I'm going to quit my day job and chase a modelling career.

Michelle wrote about her experience.
It was fun being on the other side of the camera for a change.  I always feel bad for the photographers in my life because they end up with less representation in family and vacation photos because they are behind the camera.

Keith has captured many great shots of me over the years from spontaneous to posed, from athletic to relaxing.  I just hoped to get a minimum of one photo he would be happy with.  I told him all things I learned from my time as a teen model about imagining things beyond staring at the black circle of the lens, and how to face the camera in the most flattering ways.  I hoped to talk him to a point where I could make him relax a bit without using the cheesy stereotypical photographer quips except for when I wanted to make him laugh a bit with lines like “work it” and “pout.”

Keith had set up the camera ISO and auto-focus for me.  All I had to do was zoom (so his head and shoulders filled the frame and the background would be blurry “bokeh”), change the shutter speed (keep the dot in the middle or the left), and push the auto-focus button a few times before clicking.

With all  that automation, there was a lot of variety in the lighting between shots in a burst as the sun moved among the clouds.  I loved learning from the instant feedback of the little camera screen, then seeing what we wanted to change for the next shots.  I have a new appreciation for the work that goes on behind the camera and the knowledge Keith has amassed about photography, most of which I am blissfully ignorant of while in front of the camera.

I can’t imagine MANUALLY making the appropriate adjustments in time for capturing a great shot.  Back in the day, when I was modelling, photographers would have spent thousands of dollars on equipment, film, and developing to learn from and improve on their shots over a long period of time.  My Dad was into photography when I was a baby and even developed his own film in a basement dark room.  I still remember the smell of the chemicals and the glow of the red light while the images slowly appeared in the chemical trays on the photographs as they developed.  Hey Keith, how about a “Keith of the day” series if you’re happy with more than one of the photos we took.

Me again.
There's 19 exported altogether, and Linda helped pick. Maybe there's a few more that should have made the cut. So here you go. Are you ready? One today, then I'll join the Of the Day suspects for a couple weeks, down at the very bottom so you can stop scrolling at driftwood. I'll be updating my social media photos over the next little while. 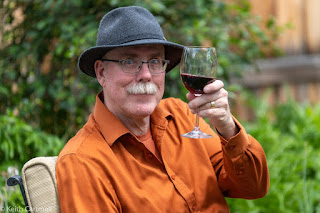 So who is that man with the hat and a glass of wine? In some ways he's a bit of an enigma to me. Other people see the outside. There's times I've been told that I'm seen as x, and I'm all, really? Maybe it's like listening to your own voice on a tape recorder, you don't sound like you think you do.

I'm currently reading a book called, Creators on Creating, and the bit just now rang a bell. We all know who Mary Shelley is. Oh all right. Frankenstein. She said, "Everything must have a beginning, to speak in the Sanchean phrase; and that beginning must be linked to something that went before." So if I think, what's past is prologue, am I going to carry on roughly on the same path, making a gentle bending curve to a new direction, or is there a stoplight and an abrupt left turn coming up?

At the moment, I don't know. But I've often found the best way to figure out how to do something is to start doing it. Doing the modeling was a new thing for me, perhaps it's a start to some new creative ventures. 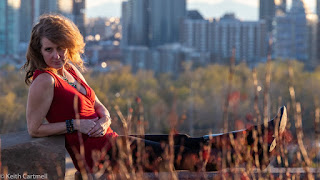 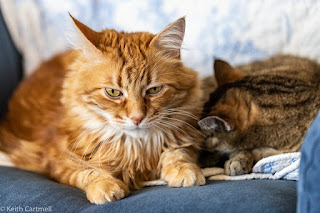 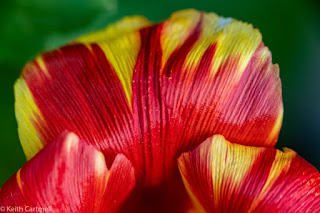 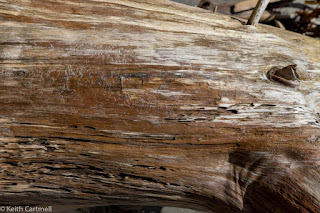 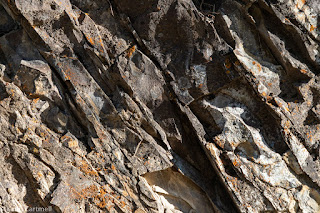 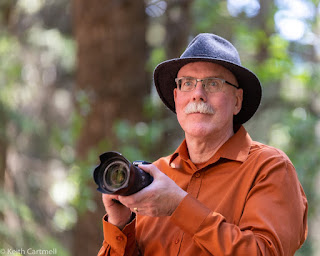