Curtis has such a hard life

Look at these photos. We go through this every time I leave the house. Every single time. Here he is, impatiently waiting for me to open the door so he can go hunt for his hot buttered mouse that he is sure is out there. It's that, or better humans. 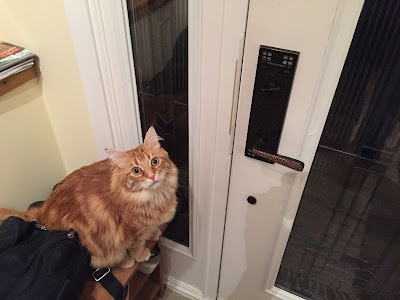 There's the handle, right there! 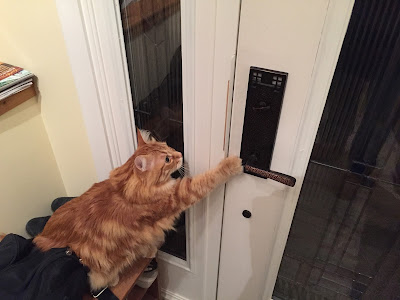 What's taking so long? I'm even trying to help. 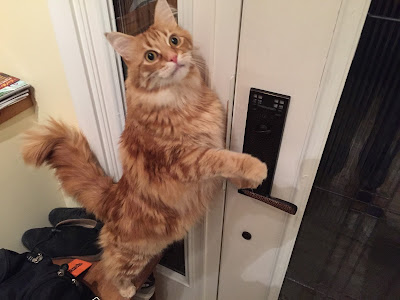 Stupid humans. Right here. What's so hard about this? 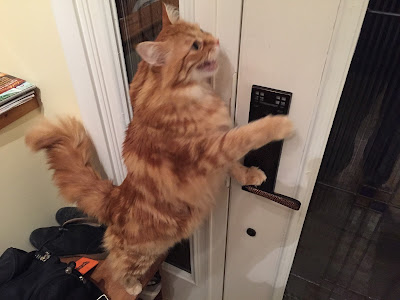 Then there's the dance of the door opening without him going out. I can't manage that while taking photos. He is a polite and well mannered kitty, as these things go, but if the door is open for more than a few seconds he's going to take that as an invitation.

Every time we take him to the vet, the staff try to cat-nap him, drawing straws to see who can take him home if we don't show up again. They have offered him the position of head cat, but he declined, saying he didn't want to oversee an establishment with so many dogs. He chose us when we dropped into the MEOW foundation, so I suspect he wandered out of someone else's home, possibly in search of better humans. Which is us, but I don't think it would be difficult for him to find other humans that would take him in.

Resting up after a hard day in the life of Curtis. 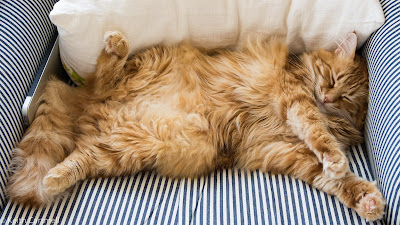 He had been asleep while I twiddled with the exposure, and by the time I pressed the shutter button, he was awake and asking why I was disturbing him. 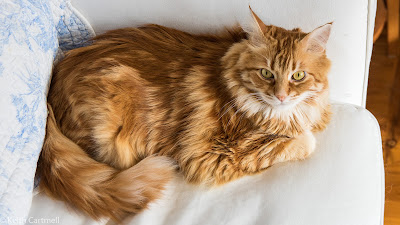