How many of you remember the first time hearing your voice on tape? It didn't sound like you at all, did it? This first happened to me in the late 60's, when a tape recorder showed up at home.
For most people it's not so bad with photos. Now, most people grow up seeing photos of themselves at various ages. Between being pretty old, and a house fire when I was in grade 5, there aren't many photos of me younger than that. Since we weren't particularly a picture taking household, there aren't many photos of me after that, till Linda and I got a point and shoot camera. I daresay there are essentially no photos of me between my very late teens and mid twenties.
Generally, when we remembered it at all, I was the one carrying the camera. My logic was that if I'm carrying the camera, it can't be used to take a photo of me. I was uncomfortable in front of the camera, and mostly thought that I don't photograph well. Lots of photos of me, I look like one of those cardboard cutouts that people pose beside at tourist traps. I'm often leaning to the left, and have a vaguely demented expression in my eyes. (Nothing vague about it, according to some comments from the family peanut gallery.)
Some people, the camera loves them. It's hard to get a bad photo of them. My late step-father was one of those people. I caught him once getting out of the tractor after a day in the field, straightening his cap and you'd think he'd been groomed and posed. You could have put him on the cover of Farming Life.
The camera loves Michelle, as regular readers know. So when my friend Janice posted a nice black and white selfie on Facebook, I got to thinking what such a thing of me would look like. I rejected the idea in horror a couple of times but it kept coming back to me, along with one of those self-help memes that says to do the thing you're afraid of. I tried one just to see, and was horrified. I sent it to Michelle to double check, and she was politely horrified.
She has taken actual photos of me, and they look far better than I have any right to expect. I've found this to be a valuable experience, to get a sense of what the model is going through. She offered to help me with the selfie. Just to remind you, this is Michelle, fresh from a mop chop, as she calls it, and fresh dye in her hair. Not posed, it was taken as she handed the camera to me to check images and settings. 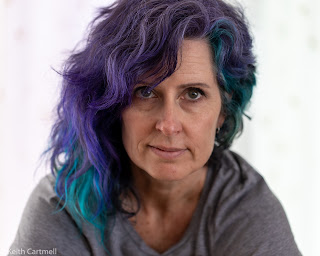 Plus, the unwarned, seeing a selfie of me might have a bad reaction, and given that the first photo in the blog is what shows up on Facebook, I wanted to have some consideration for my readers. You're welcome.
We explored the light, trying to find a place where the light was nice and didn't reflect huge green squares off my glasses. She took lots of photos of me as we sorted out settings and other technical goodies. In the model relationship thing, she's a better photographer than I am. Something for me to work on.
Then I set up the tripod, checked the camera settings, sat, she double checked the focus, and I clicked the remote button. Several times, just in case. First the colour, since that's what the camera sees. 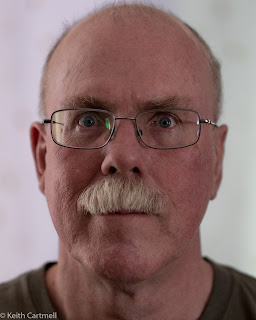 Then the conversion to black and white, since that's what Janice did. The first attempt, I was horrified. I looked like a corpse extracted from a coal mining disaster.  Part of the problem is that my face has a ruddy complexion, and that typically goes dark in the conversion.  It took a while, playing with settings. This is about as good as it got.
We didn't do anything special with light, other than trying to minimize reflections from my glasses. I figured, start with this neutral light. Then if I want to do it again, play with actual lighting. 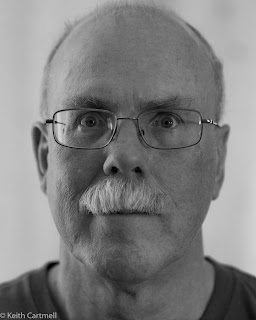 Just for fun, I loaded some black and white film into the GW690, and coached Michelle on settings and finding focus with a range finder. Those negatives are at the lab.
It's been a good experience to be in front of the camera. I think it will make me a better photographer, if I can remember it all. The taking the photo part I've got down. It's getting the light just so in a posed portrait, and helping the model relax, that I have to get better at.
Of the Day
Driftwood 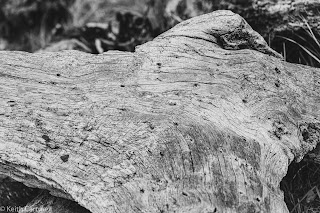 Flower, but first a serendipity from a winter trip to Pincher Creek area. 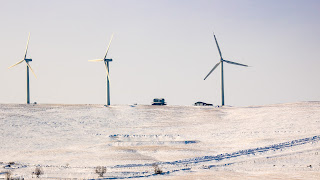 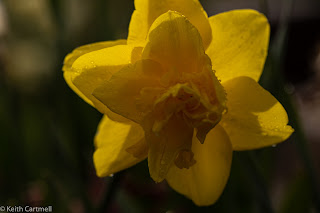 Landscape from the Leseuer ridge walk. 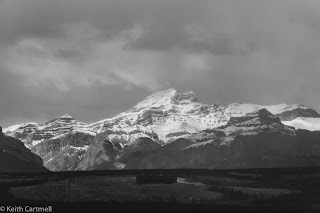 Film
Normally I don't do wildlife photos unless they're close and pose nice. But these little guys were so cute, I was wishing I had taken the digital camera on this drive west of Turner Valley. Then I remembered the 35 mm was on the seat beside me. 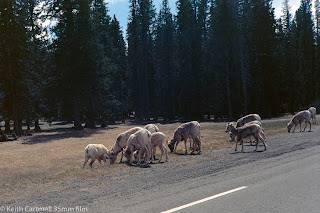