Foundation, a review, sort of

The first actual science fiction story I read was an Arthur C. Clarke story set on the moon. It was in a grade 3 reader with a yellow cover. It also had a story about a submarine driven by atomic power, which I later learned was real, not a story. There was a time travel story about a car somehow going back in time to Baghdad during the Ottoman Empire and changed the course of a battle. The only other thing I remember from this is reading the word 'island', but knowing it was pronounced 'eyeland' and that the current kid reading the story out loud would get it wrong.
As a digression, I found that story in my library. It's called "If I forget Thee, Oh Earth..." and it's in a collection called The Nine Billion Names of God. I'm actually a little amazed that I found it. That section of the library is sadly disorganized after many moves within the house. It used to be not only in alpha order by author, but also by title within author. I can't imagine why I did so.
Somewhere along the line I discovered Isaac Asimov and his many, many books. I still have a bunch of them in the library in the basement. One of them is this one. Look at the price. This was an expensive one for the times. Many were 75 cents. 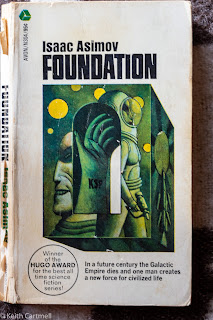 Foundation a series of short stories written in the 40's. For the longest time there was just 3 books containing the collection, but then the publishers pushed him into writing more to expand the story. I haven't read any of those. Why, you ask?
I think a story has a beginning, a middle, and an end. There are many ways to tell a story, but padding it out is not one of the good ways. And yet, it's like when the gatekeepers say they want something fresh and new, what they mean is more of what has already sold well. Which is why we get so many dreadful sequels and rewrites and reboots and remakes.
I read lots of science fiction in high school and for some time after, then drifted away. For my taste, there were too many rainbows and too much unicorn poop showing up in what was supposed to be science fiction. And the abomination of unknown writers collaborating with the established writers to publish new works really turned me off. There I was, reading the second of Clarke's Rama novels, revolted by the first sentence. Then it got worse. Only then I realized it hadn't actually been written by Clarke. I can't even remember if I finished it or not, and certainly didn't even try any of the further padding sequels.
Science fiction has been showing up on movie and TV screens just about from the start, much of it poor by the standards of the day, and dreadful by the standards of today. (Though I love me a good bad movie, and many of these are fun to watch.) Lately the technology has been better and better, which gets us back to Clarke again, this time with 2001. It was released in 1968, using technology that seems primitive now, and yet it still looks great. It's widely considered a masterpiece of moviemaking, though some patience is required for modern viewers. A lot of patience.
There's been many book to movie adaptations, and they all come with their own limitations. Just trying to put the story on screen is one of them, since books and TV/movies are very different mediums. At least the visual element has taken huge steps forward with computer advancements. Film makers can put anything they imagine on screen now, and that's the problem. Their imaginations are limited, and the money limits them to what has been done before because we know it works. 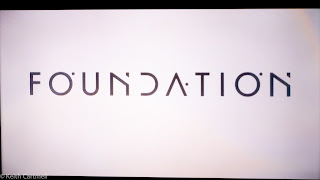 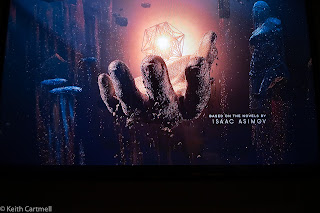 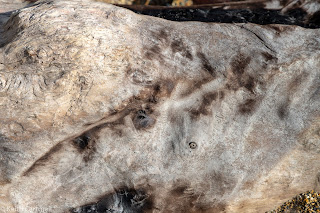 Peony. I decided to give you 4 photos, since they were of the same peony shot within a few minutes of each other, and only slightly different compositions. I didn't want you thinking I was giving you a repeat. You can tell me which is your favourite.
1. 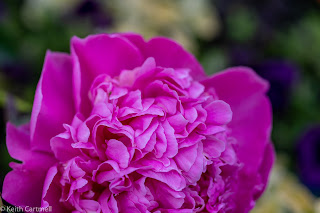 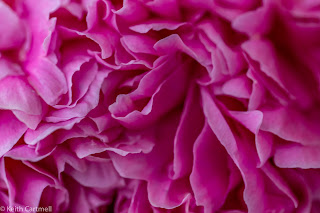 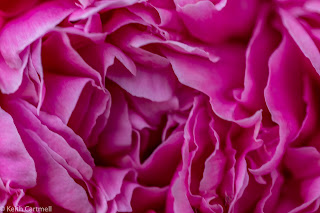 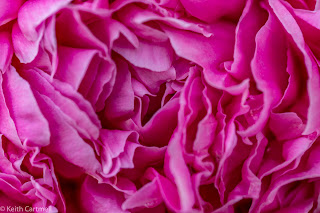 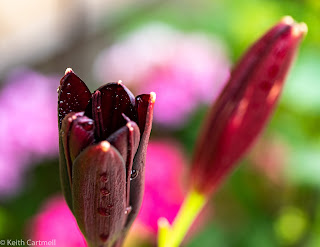 Dragonfly. This is the last live dragonfly shot of the season, hope you enjoyed the feature! 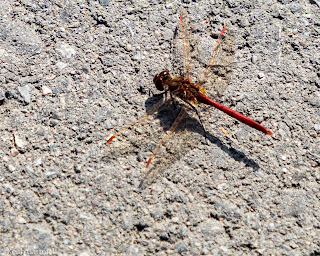 Eagle. This is the long term resident eagle. She is 38 years old. 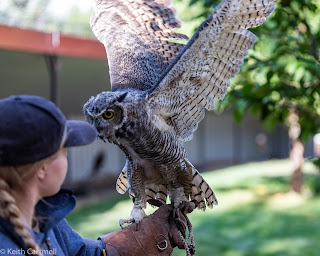 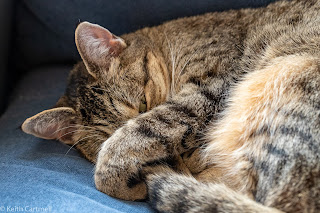