Early May. Still snowing every now and then, which isn't a surprise.
In the current binge news, we are still going hard on Grey's Anatomy. Rolling our eyes a bit (a lot) in places. Still, if you take it for what it is, relax, and go with the flow, it's pretty amazing in places. Sometimes the back and forth, will they or won't they, gets on our nerves and we want to scream 'get on with it!' or 'Tell them!', but that's a sign you're invested in the characters.
Not all of them are likeable, or even trying to be likeable. Some of them are jerks or worse, at least some of the time. We are constantly amused by the 'man-whore' (and that's what he calls himself), but he's good at what he does, and he is growing up. As well, some of the guest stars make us perk up and go hey! Like one of the characters in some scenes with him, from Sarah Conner Chronicles.  Or like Cynthia Stevenson, who was Joy Lass in Dead Like Me, pondering a cow or a pig.
We woke up to some light snow this morning. Not a surprise for May in Calgary. Normally daffodils are pretty cheerful in the snow, but these don't look too happy about it. 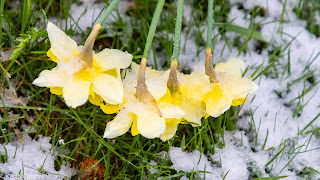 I liked the snow almost sliding off the truck, but first, not one, but TWO serendipity! The first from fall 2016, and the second from 2017. These may have been blogged and not tagged as such. 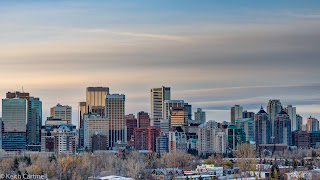 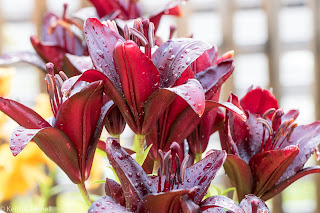 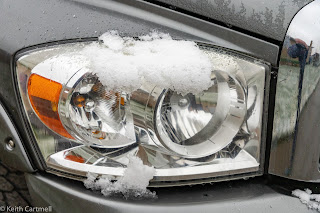 Yesterday was bottling another wine kit, the Double Noir. Enough was left so we had a sampler. It's really tasty right out of the carboy. Some bottles got washed yesterday, and more today. Maybe I'll work on some of the boxes and glass shots that I almost have in mind.
Of the Day
Driftwood, though I suppose it could also be a micro-landscape. 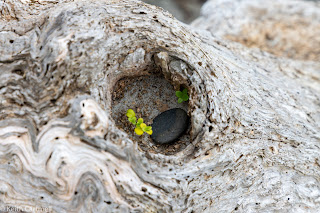 Flower
Well I guess, almost a flower. First rose shot of the year. 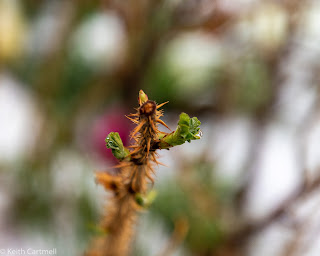 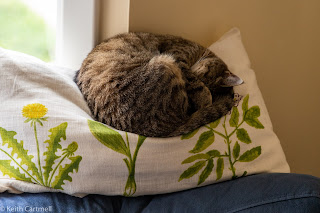 Front Garden, but first yet another serendipity. I can't believe I didn't blog this, one way or another. Like I said, maybe I just forgot to tag it. I like seeing these. It's one way of going back and revisiting shots. 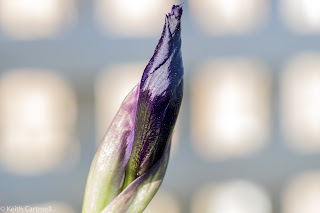 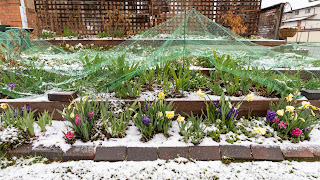 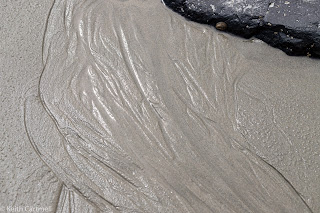