Was film, turned into long exposure

The story grew in the telling. I'll try not to get too long winded here, but you know how I get sometimes. Maybe best to go get a beverage.
You knew I hadn't been out much with any of the cameras during the last part of the year. Part of it was a bit of a photo overdose with the trip to Yukon and the followup editing. Part of it was the minus WTF cold spell that went on forever. Some of it was not wanting to face the crazy pre-Christmas traffic any more than necessary.
I touched base with Sean to find out what his schedule was like, now that he's done preparing for his exhibition at the Exposure Photography Festival in February. We noodled various ramble possibilities and settled on Big Hill Springs Provincial Park.
My initial thinking was to expose a bunch of the black and white film in the Canon 7. And since I was thinking film I brought the GW690 with a roll each colour and B&W in case I saw something compelling. The digital camera was almost an afterthought, but I thought I might want it as a sophisticated light meter because the waterfalls are in shade, and the light might be tricky.
I didn't quite swoon as I saw the first set of water falls, but almost. There were several bits of arched ice with water under them that were quite attractive. The digital camera came out to see if it agreed with my light meter.
There were a few digital photos, and then some film ones, and I moved up the stairs to be surprised by the waterfall under the log. I loved it! The words ND filter leaped into my mind, since I happened to have it, and the tripod. I had a happy time finding different compositions with the digital camera, and ended up taking a few more film photos while the digital was doing its thing. However, the none of the scenes were so compelling that I felt the desire to break out the big film camera and try some long exposure photos. Of course, I won't know what the film looks like for a while. I have the rest of the roll to expose, and then get it developed.
Photographing moving water is difficult because our eyes see it quite differently than the camera does. The camera can freeze the water with a fast shutter speed so you see motionless individual drops, or it can capture long trails with a really slow shutter speed. Our eyes and brains see something in between. We can see the individual drops and follow them in the arc as they fall down. Getting a photo that matches your artistic vision of how it should look can be tricky.
The technique for making the water look like milk is easy, but I don't like the look. After the first few photos getting dialed in, I realized I could make the water look like a thick mist flowing over the rocks. That's mostly what I aimed for.
One of the digital photos was worth the trip for me. It's image of the month so far, not that there is a lot of competition. Can you pick out which it is?
1. 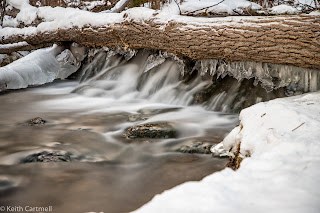 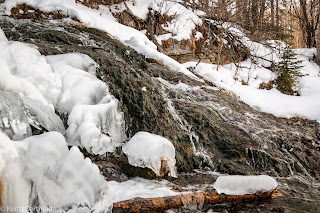 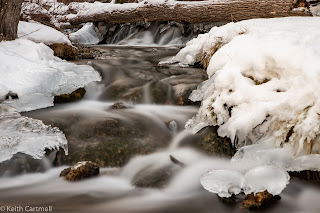 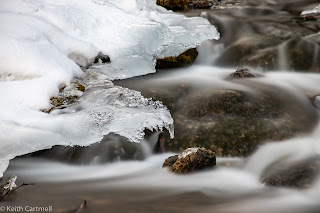 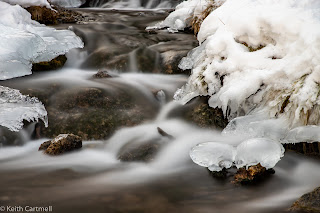 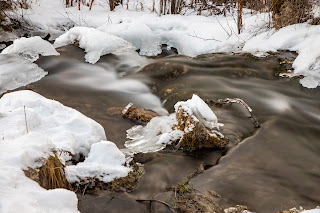 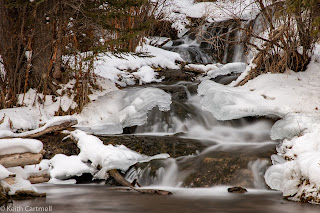 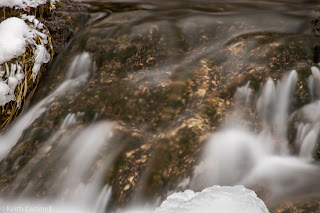 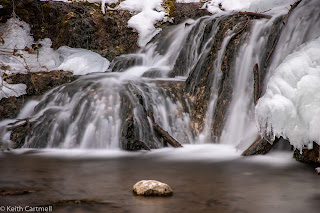 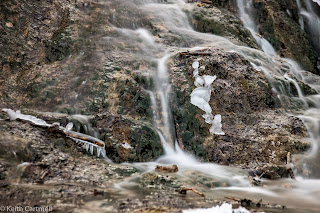 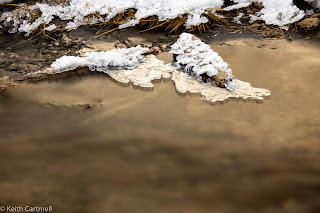 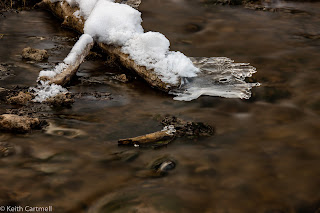 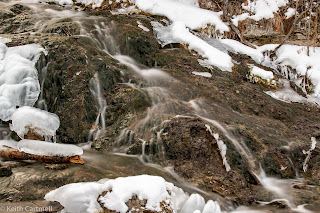 Flower
Just before it snowed. The blooms are still there, crumpled and faded. I just took a couple photos, and we'll see if they should go here, but this is just about it for the flower feature. 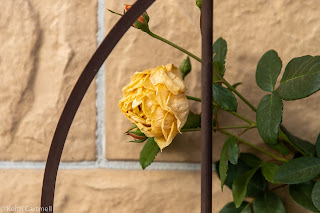 Peony
There are still at least 2 dozen more peony photos from last year, so that should get you through the worst of the winter. 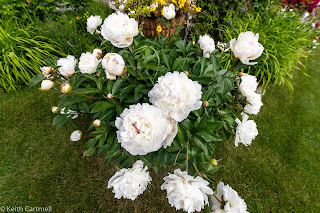 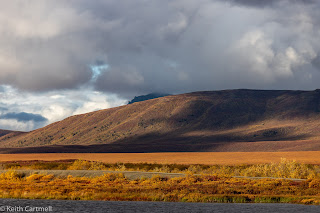 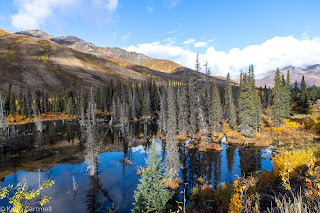 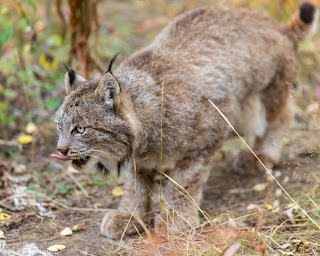 Film
From a walk along the Bow with Sean. 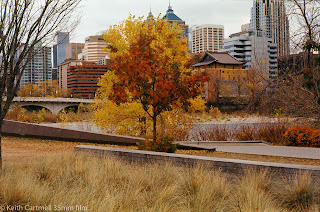