A quiet month, photographically speaking. A big batch of 35 mm film that was exposed over October was developed, so they show up in November.
Maybe I'm getting fussier about images, but much of my work this month is classed as ok. There were a few that I was thinking about as runner up, but in the end decided that there was only one photo I really liked, so you get just the one.
Image of the Month
Those of you with really good memories might recall the September 2018 Image of the month. This one is similar, and I thought about if it should be eligible for Image of the Month because of the similarity of the scene. However, I decided these are two fundamentally different photos. One is digital, one is film. One is a much tighter frame than the other. The digital version was pushed a bit more in editing, while the film version below was only lightly edited. Film is Kodak Gold 200. 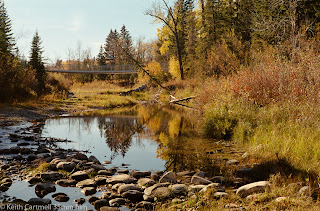