Here we are at Canada Day, half way through the year already. Zoom. And here I thought retired life would be quiet and sedate.  I was invited downtown with a dear friend for various events, and I thought seriously about the opportunity to visit and it would be fun to take the film camera. Then I thought about spending hours in the hot sun, in a crowd, and decided I wasn't up for it. I think today is a good day for quiet and sedate. There is a bison tomahawk steak to put on the barbecue this afternoon. I think there is still beer in the fridge.
I see in the news that the so called 'Freedom Movement' idiots are making a nuisance of themselves again. Protesting about COVID health regulations that are essentially no longer in effect, on the grounds that "they might be brought back". Protesting about the loss of 'freedom' by wearing a mask or getting a needle while not accepting responsibility for the consequences of their choice. Denying that COVID exists at all, even as it has killed more than 40,000 Canadians in 2 years. By comparison, the entirety of WWII killed about 45,000 Canadians over 6 years.
Canadians have never been a particularly patriotic group of flag wavers. Sure our flag flies in front of public buildings. It's displayed at some public events. But generally, outside of Canada Day, you don't see it displayed on private homes. We put ours up on the garden lattice yesterday, and will probably take it down tomorrow or Sunday. You can see a photo of what that looks like here, from last year. The rest of the year it lives in our basement, on display above the wine sink.
That is in contrast to the USA, where about every other home has a flag pole out front. Where the flag is used as a symbol to polarize opinion. That didn't happen much here, till the 'Freedom Convoy' started waving them, and saying they were representing patriotism and freedom, in opposition to what they think of as some hijacked version of Canada represented by Trudeau and the Liberal party. (A word to the wise, don't stand downwind of those protesters when they get on about Trudeau, the slobber from their foaming lips is probably hazardous to your health.)
My opinion is that these protesters are either misinformed people who can't or won't think through the issues rationally, or they are pushing their own agenda of division and discord for their own advantage. It's worked in the USA, which has become essentially ungovernable. It's starting to work here, where they have lured in some politicians to stand with them. These politicians are working on their own agenda, trying to capture the votes of a noisy bunch, hoping they will influence the rest of us. That strategy hasn't won a federal election yet, though it has worked short term provincially, although you might consider the leaders that used it are no longer in power.
Enough of that. Enjoy your Canada Day.
If you followed that earlier link, you'll know that I've been formally retired a year now. Yay me! It's been fun and it's gone by surprisingly quickly. My consulting company is closed down, and so far there's been no notifications from the government about a mistake being made and I still owe them money. Income is flowing into my bank account from CPP and investments. I've turned down several expressions of interest about going back into oil and gas work. I've done some paid photography work, which is essentially pin money. It doesn't even come close to what it took to buy the camera gear. I took up film photography, which is lots of fun. The 50 portraits project is moving forward, though I have to admit the hands portraits project has been stalled as I think it through a bit more.
I'm swimming 3 days a week, mostly. I never actually tracked swim distance during Ironman training, but I am now, out of curiosity. It adds up to 195 K in the pool this calendar year. The goal is 365 K by the end of the year. So far so good. I'm still not back to what I was swimming before the first New Zealand trip, but almost. I'm active in our local community association, and that's lots of fun.
My regular readers have probably noticed there aren't as many blog posts as there used to be. Overall I've blogged every day and a half or so. I peaked in 2019, blogging more than once a day, but then there was a New Zealand trip to talk about. 2020 dropped off quite a bit, then 2021 it was down to a post every 2.5 days or so. I'm about on the same pace now. Somehow it seems that now that I have more time to think about blogging, I think about other things. I'm really not sure where blogging will go. Blogging itself has been on a downward trend all over, and I guess I'm just part of that.
I like to share my photos and adventures with family and friends, but don't know the best way of doing that. Instagram has become almost unusable for me, so I've pretty well stopped posting. I'm on Facebook a bit more these days, but the ads piss me off. I'm exploring some other platforms with mixed results. More news as it happens, I guess. If you're reading this, and don't get an email notification when I blog, feel free to ask me to add you to the list. That group of people gets the first notification, and since it's an email, they sometimes get a little extra that doesn't make it into the blog. If you get it, and no longer wish to for whatever reason, just ask me to take your name off the list. No problem.
And now to Flowery Friday, which might be the main reason you come here. These are from May 29.
1. 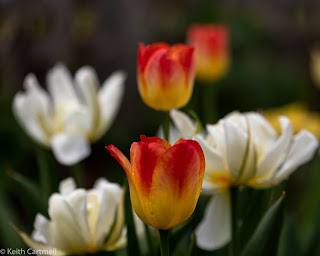 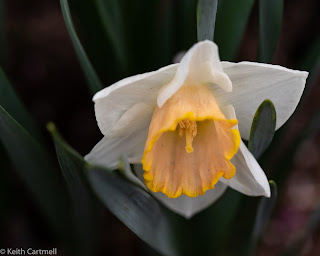 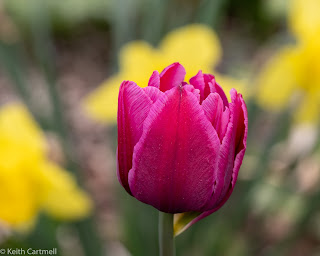 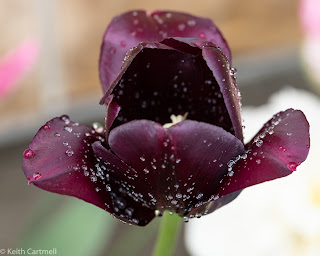 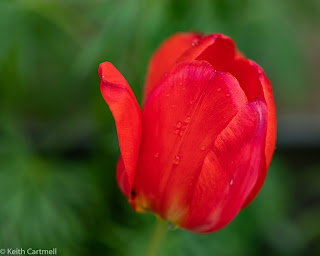 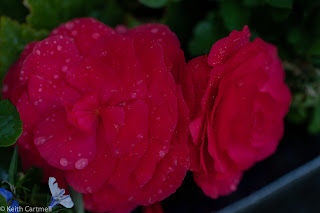 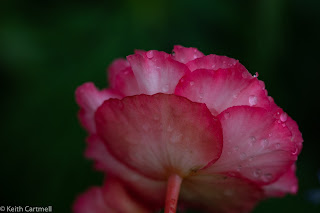 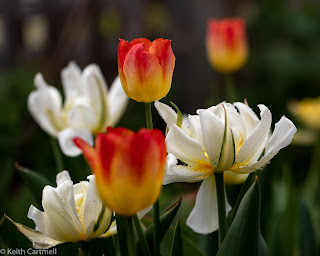 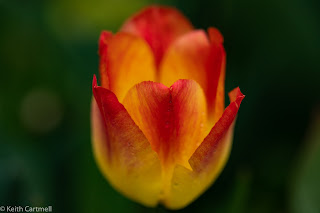 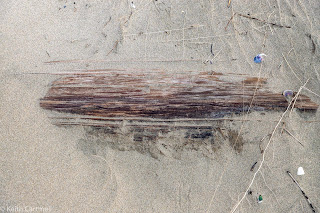 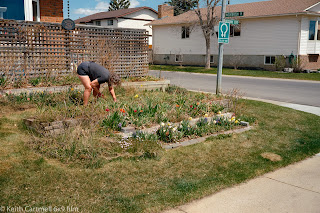 Courtesy of Green Fools, but first, a surprise serendipity. Both Curtis and Celina from about 2016. 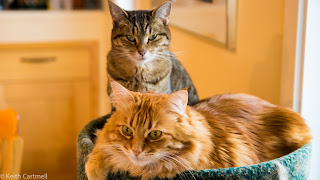 This is from the Puppet workshop, starring Bonnie, Zoe, Ava, Paul, Jenn, and Kelly making a face puppet with their bodies. 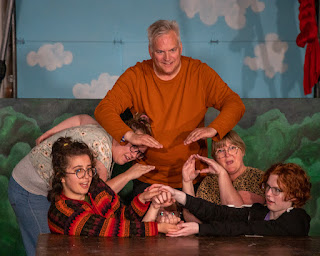