The weather here has been thoroughly spring. In Calgary that means nice days and snowy days, alternating at various intervals. Yesterday was a nice day, so I was out for a walk looking for film photographs. I took along colour and B&W film, but as you might have guessed from the blog title, I didn't find anything worth putting film in the camera.
Some of my long time readers will remember that in 2016 Michelle (BRBE!) and I did our weekend runs along the various rivers as we trained for a marathon. I was in charge of routes, and tracked them on an old bike path map marked up with highlighter. Over the year we ran along Fish Creek, Elbow River, most of the Bow river, most of Nose Creek, and some of the Wester Irrigation District Canal. What with construction, flood damage repairs, and other activities, sometimes what even the up to date map said disagreed with reality. One run in particular turned out to be somewhat longer than expected because of unexpected path closures.
One of the places we didn't get to run was on the west bank of the Bow river between Glenmore trail and Ogden Road. Earlier this year I had done a walk on the bluff above the Bow River near  Lynnwood, and saw people riding and running on that section of the path. Yesterday was the day to check it out. It's about a 6 K walk from parking under Glenmore Trail, to just north of the Calf Robe bridge, and back again. There is nearby construction happening for flood mitigation, and Bonnybrook Wastewater Treatment Plant expansion, so be careful if you walk or ride it.
They had put a tunnel under the railroad tracks, which was entirely new to me. I'd just made the assumption they had built the path to curve under the rail bridge near the river. So now you could travel along the west side of the river from south of highway 22x all the way through the city out to Edworthy park at least. I know there's some paths going further west but I don't think they connect up to anything. Maybe I should take the cameras for a walk there and find out.
What amused me about such walks is that normally I'm nearly invisible, even when carrying two cameras. Few people say say hi, unless they're also photographers, and mostly those are bird watchers. But yesterday lots of people said hi, including cyclists. One cyclist actually stopped and chatted; he turned out to be a bird watcher and was wondering about the shot he had seen me get. (see below). The only difference is that I was wearing my spiffy black hat, rather than the usual grayish wool felt hat. Does it make me look more friendly or what?
We start with serendipity from a late 2016 walk in Fish Creek, with two edit versions.
1A. 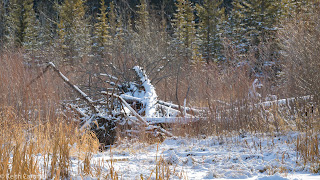 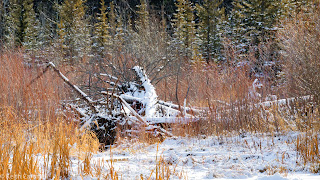 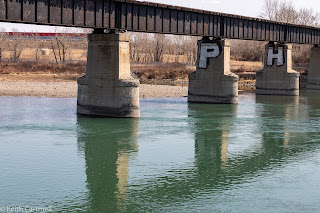 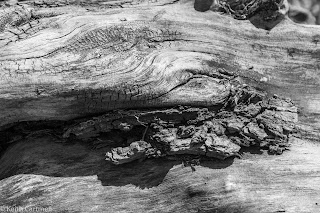 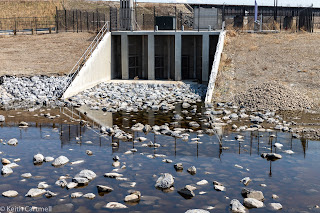 5. Tunnel. There are not many bike path pedestrian tunnels in Calgary. There's a couple on 37 street path under Southland and 90th Ave, and there may have been a few others installed. The only other one I know of off-hand is under MacLeod trail near Glenmore, and I think someone told me it's since been closed. There's a few sidewalks beside roads that go under the railway tracks downtown, but I'm not counting them. 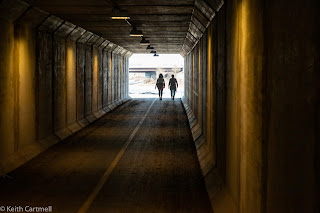 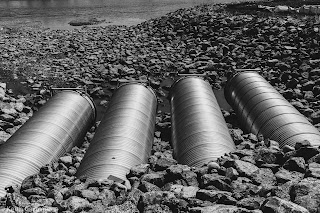 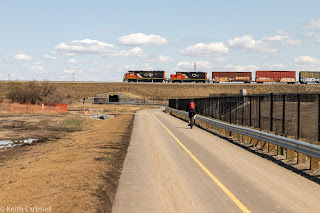 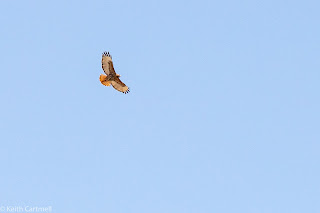 Of the Day
Driftwood and Serendipity 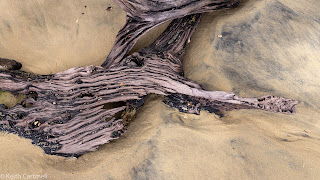 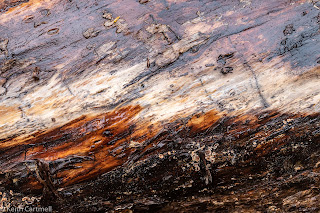 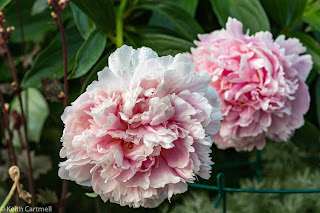 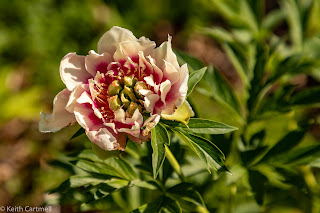 Linda and Celina on 6x9 film 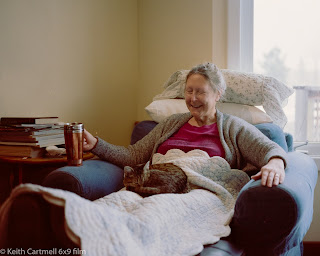